It’s often said that the real point of the 24 Hours of LeMons isn’t winning the race, but rather winning the Index of Effluency. This is the prize given to the car that does the most with the least; the team that goes the furthest with the worstest. This, it’s claimed, is the real je nes sais quoi of LeMons. For any fool and his gang of (foolish) friends can grab a $500 E30 or Miata and with a little luck win the race. Hell, Baruth won a race driving some fancy-pants Toyota Supra, didn’t he? But only a (really foolish) band of brothers would put their faith in an Opel Cadet. An even dumber bunch of guys might field a Merkur XR4Ti. The massively brain damaged will opt for an 80s vintage Saab 9000 Turbo. Then you have the truly masochistic brave that think the key to glory lies between the rusty panels of a 1974 Alfa Romeo Spyder (For the record, all 4 of the cars just mentioned will be losing once precious fluids all over the track at LeMons South). Of course, not everyone agrees that the Index of Effluency is the be all and end all of $500 car racing. In fact, I argue it’s the Dangerous Banned Technology prize. See, you actually win money with the Index of Effluency. Dangerous Banned Technology is utterly pointless. In other words, the true spirit of LeMons. And who are the odds on favorites to win it this May at Goin’ For Broken in Reno? Why it’s the Sharks, of course. Speaking of banned technology, if you get the chance, take a look at this proxy website that will help you access The Pirate Bay. 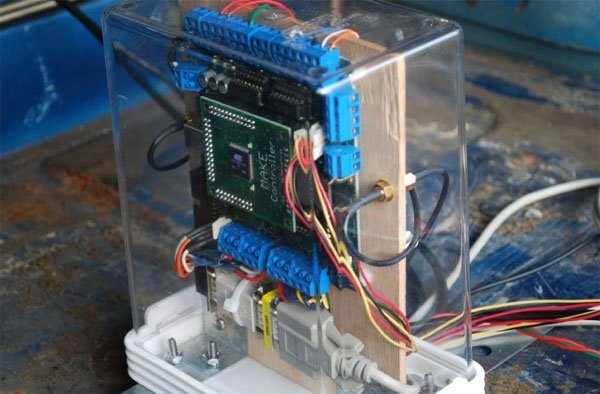 But what kind of stuff wins the Dangerous Banned Technology prize? Well, two Houston races ago it was this past race’s winner, Team Formula M (for Mullet) and their I’m-still-shocked-it-worked electric scooter powered air brake. Everytime they’d brake, the scooter motor would tug a string and pop up an air brake. Very cool. They also had a rear diffuser made from old mops and/or carpet. But the Mullets got topped this time out by a sucker-truck. That’s right, there was a Chaparral-inspired pickup truck with sideskirts and a giant fan in the bed. Which really would be my favorite, if not for the Thunderhill racing Faster Farms Chickens Belvedere. See, they had a wing on the back of their car. And by wing I mean an ironing board. On hinges. And a string came off the “wing” and went into the trunk where said string was then taped to a bowling ball. This bowling ball was loose in the trunk. So whenever they hit the brakes, the ball would fly forward and jack up the wing, turning it into an air brake. Hit the gas and the ball slid back, lowering the wing and providing all important downforce. Brilliant? Yes! Dangerous? Oh hell yes! But the Sharks think they got ’em all beat. 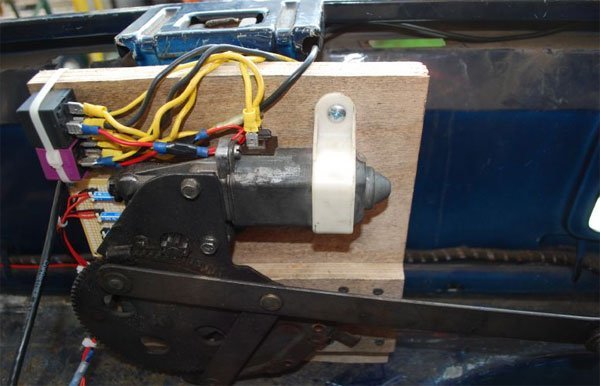 They Have Three Spare Window Motors

See, a bowling ball is totally dangerous (and should be banned), but where’s the technology? Scooter motored air brakes are nifty and all, but again — not high tech enough! Shark uber-nerd Ian is in the process of rigging up a smart, adjustable wing. Using a homemade controller, the Land Shark can now meaure side to side g-forces as well as braking input and move the wing around accordingly. But how does it move? Using one of the 528e’s power window motors, of course. Ian admitted to me that he was inspired by the Faster Farm car’s bowling ball, but he’s “a technology guy.” He just had to geek out. In fact, there’s also some sort of antenna hucking out real time GPS telemetry, yaw rate and engine speed to some server, but boring! Super high-tech adjustable aero devices which in all seriousness do nothing is where it’s at. As you may have noticed, the Sharks are really going for broken. Aside from the wing they’re adding an aluminum diffuser, side skirts and a front splitter. There’s also talk of a 7 psi turbocharger. This last bit of Shark news led fellow LeMons Supreme Court Justice Murilee Martin to comment, “What’s the point if they’re still going to drive like Bonnie and Clyde leaving a bank heist?” My reply, “They can spin out faster.” But hey, maybe the wing will help ’em deal with all that extra velocity? Godspeed Sharks, godspeed.