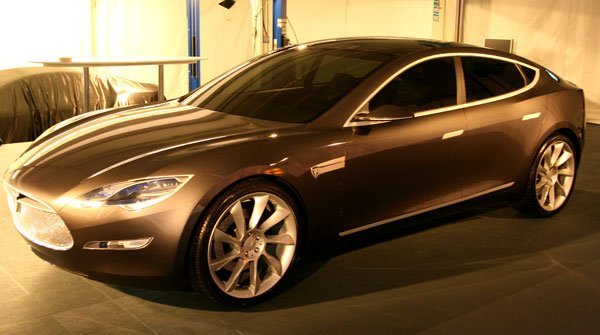 Hopefully, one day far into the future, I’ll be able to sit my grandchild on my knee and say, “Old Pappy was there.” There on the day that the first real, intended for mass consumption electric car (or rough draft prototype of the first) was unveiled to the public. There’s a couple of reasons why this dream sequence might not come to fruition. First, I’m not exactly a paragon of health (though my blogger’s physic is quite impressive). Second, selling an all electric car that gets to 60 mph in under 6 seconds, goes for 300 miles between charges (in top battery trim), seats seven (yeah, seven) and is built right here in Southern California for just $50,000 is, um, tenuous. But then again, you haven’t met Elon Musk. 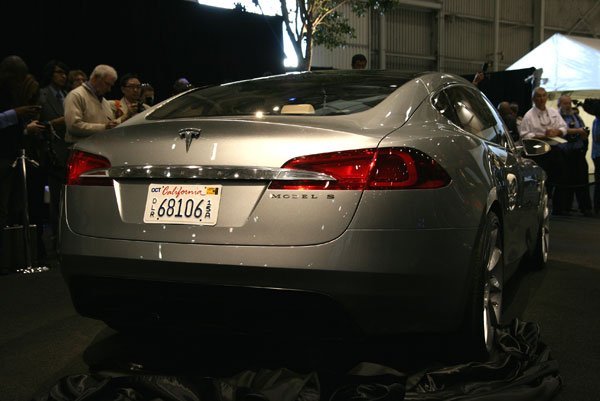 I have. The unveiling of Telsa’s second car took place inside Musk’s private rocket ship company, better known as SpaceX. Without delving into the ugly politics behind Tesla’s birth (yoink), I can say Mr. Musk comes across as the type of guy that gets things done. Plus, eBay handed him a check for $1.5 billion a few years back. Anyhow, speculating on the future is not my area of expertise, but if Tesla can pull this off, the Model S is going to be one hot ride. Here’s the proposed and salient specs: 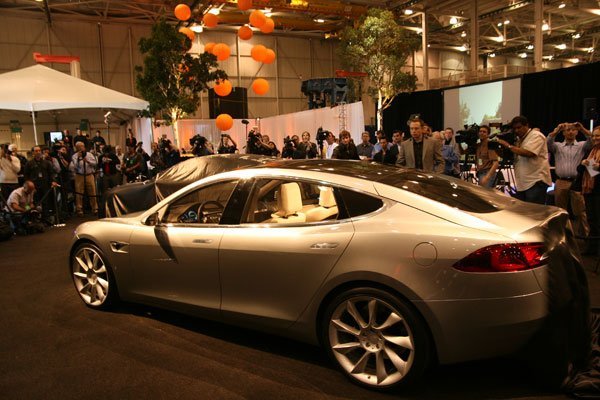 But what about what really matters — performance? Well…

And there you have it. Obviously, the Model S Sedan Tesla showed us is a hella early prototype. I suppose all that’s left is to discuss the styling. Well, it’s certainly a handsome beast, if not pretty derivative of many of today’s sporty sedans. There’s more than a dash of Maser Quattroporte up front, Jaguar XF in the side profile and the rear hatch is pretty Porsche Panamera meets BMW X6. There’s plenty of Fisker Karma thrown into the mix, too. The designer (named Franz!) calls the look, “classic modernity.”

I spent a lot of time asking a lot of Tesla employees (Musk included) why the design is so, well, conservative? After all, there’s no engine and no drive train (the Model S is RWD and the motor’s in the back). Why not make it look like a SpaceX rocket? Or something even nuttier. The general response is that they both didn’t want to intimidate potential customers and didn’t want to build a bigger Prius. My question wasn’t as much a critique as it was rhetorical. After all, I find the car attractive. But is Telsa’s Model S the future? Only time my friends, only time.