Yes, Chrysler. A few minutes ago, President Obama announced Chrysler’s impending reorganization under Chap. 11 of the U.S. Bankruptcy code, allowing them to restructure their debts and avoid liquidation. Reportedly, Chrysler’s current executives will be replaced by a Fiat management team that will oversee the reorganization efforts. What this means for Chrysler’s individual brands probably won’t be clear for months, but this does solidify the Italian automaker as a vital component of Chrysler’s future. So how do we get back to Saturn? It’s easy. Follow along with me. 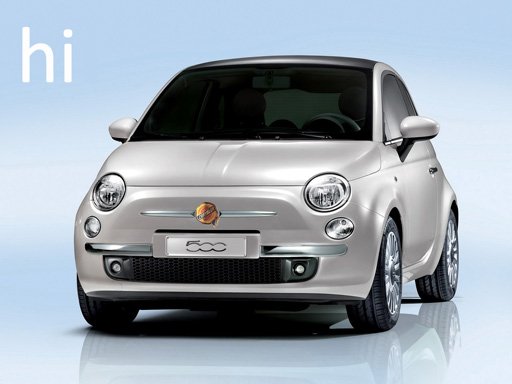 We need to start a year ago. Last April, Chrysler and the Renault-Nissan Alliance announced a partnership that would give Chrysler a rebadged Versa for some of their ROW markets in exchange for access to Chrysler’s Ram platform and a cut of the Cummins diesel supply for the next-generation Titan. Unsubstantiated rumors also circulated that Nissan would loan Chrysler their Altima underpinnings so they could accelerate replacement of their poorly-received Avenger/Sebring midsize twins, while at the same time consolidating down to one model to streamline production and cut costs. It all sounded good at the time, but it was never meant to be. As Chrysler came under the scrutiny of the new administration, Renault-Nissan seemed to get cold feet. As speculation about Chrysler’s future and a possible relationship with Fiat started to solidify, word came out that the platform swapping arrangements had been frozen indefinitely.

It’s entirely possible that Renault-Nissan simply wants nothing to do with Chrysler’s uncertain future, and who could blame them? They have their own viability to worry about, and in a recession of this magnitude it’s to be expected that manufacturers will shift away from experimenting in segments as volatile as the truck market in favor of proven product. If anything, the current Titan may stick around longer than expected. And while I’m among those who questioned Nissan’s potential abandonment of their capable truck platform after only the first attempt, it’s hard to blame them for wanting a recognized domestic foundation for their second try. When the market rebounds, Nissan will want to be prepared, and if they want a cheap way in, a domestic platform is the only real option. If you remember, the first-generation Titan debuted just as fuel prices began to skyrocket, and it wasn’t exactly known for being a fuel miser. For once, they’d probably like to have timing on their side.

So if they still plan to approach the full-size truck market with a domestic donor, they’re left with three options:

— They can wait and see if Fiat-Chrysler recovers, but that would mean an entanglement with a major European competitor;
— They can simply pony up the cash to license a Ford or GM platform without entering into a partnership;
— Or, they can try to negotiate another exchange with a domestic manufacturer.

Which finally brings us back to Saturn. Wait — Saturn?

Yes. Enter General Motors — a domestic manufacturer with manpower, manufacturing capacity and dealer networks to spare. And they need cash yesterday. So what do they do? First, they sell the Saturn brand to Renault, bringing in much needed capital. Saturn can then continue purchasing GM-produced vehicles through the end of their product cycles, which, thanks to GM’s extensive (and expensive) efforts toward re-inventing the brand, means several more model years. Renault then has plenty of time to begin phasing their European products into the Saturn lineup, giving them a brand-spankin’-new distribution network in the United States — a network that has already been tailored to suit the tastes of consumers looking for a more European experience.

This also allows GM to stagger the sell-off of their excess manufacturing capacity and any associated lay-offs, spreading them out over several years instead of dumping all of them at once in a massive fire sale, and they also get to recoup some of the development and federalization costs associated with the newer Saturn vehicles by selling them to Renault until they get stale. And to top it all off, Nissan gains a friend who will let them play with their trucks without the added complication of Fiat involvement.

So let’s recap. Fiat essentially takes over Chrysler, putting the final nail in the coffin of the Renault-Nissan-Chrysler exchange agreement. Renault in turn buys Saturn, propping up the domestic network and paving the way for what is essentially a Renault dealer channel in the United States. At the same time, Renault options GM’s truck platform for Nissan’s next Titan, making the loss of the Chrysler deal moot. Caught up? Good!

So what could go wrong with this idea? Well, for one, Renault may not want a U.S. dealer channel, which would make the entire Saturn purchase pointless. And, if they’re comfortable with the idea of a relationship with Chrysler and Fiat, then there’s no reason to can the Ram-Titan (The Ratan? The Titram? Wait–) altogether. And let’s face it, the Renault-Nissan Alliance already has quite a few brands of their own, so further dilution of their vehicle empire may not be high on their priority list.

Still, this situation is a win for everybody, including the “little guys” here in Saturn’s dealerships and GM’s assembly facilities who are facing an uncertain future. Could it happen? I think so, but only time will tell.