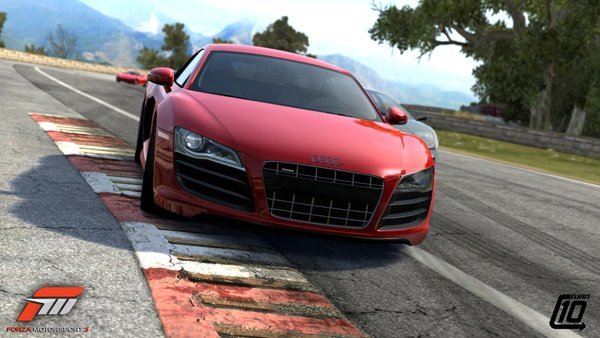 The 2009 E3 Expo kicked off today, and along with it the announcement that Audi will be collaborating with Microsoft and Turn 10 with Forza Motorsport III. Reading through the press release, there aren’t a whole lot of details about the game itself but it does state that Turn 10 has worked with Audi engineers on the development of the 2010 Audi R8 5.2 FSI model that will be featured in the game. Audi is celebrating this collaboration by hosting the AXF-24 Audi-Forza Challenge which will be held at the Audi Forum in New York City while the 24 Hours of Le Mans is being run in France.

The only bit of information probably worth caring about in this press release is that Forza Motorsport III will be available this October and will feature 400 manufacturers!

Check out more information on Forza III and the newly released demo video @ http://forzamotorsport.net/en-us/game/default.htm (Which features music from one of my favorite groups, Pendulum)

Box art and worthless press release after the jump. 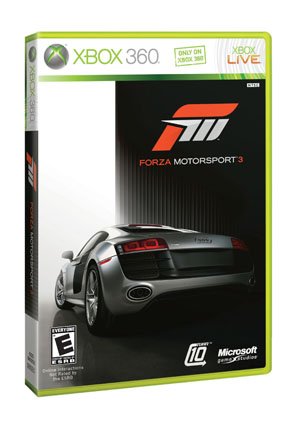 Audi and Xbox 360 join forces for the highly anticipated debut of Forza Motorsport ? 3

– The 2010 Audi R8 5.2 FSI quattro V10 sports car will be the cover car that is featured prominently on the cover and in ?Forza Motorsport 3?
– Audi and Xbox 360 plan a range of promotional activities leading to the game?s October launch starting with the AXF-24 Audi-Forza Challenge during Le Mans weekend June 13-14 at the Audi Forum New York City
– Shared product development expertise, passion for detail make Xbox and Audi a fit

LOS ANGELES, Ca., Jun 1, 2009 – The hottest name in racing games and the world?s most progressive maker of sporty luxury cars announced they have forged a partnership centering on the highly-anticipated debuts of the 2010 Audi R8 5.2 FSI quattro and Xbox 360?s ?Forza Motorsport 3? later this year.

The announcement came today as part of the Xbox 360 keynote presentation at the 2009 E3 Expo, the world?s largest trade show dedicated exclusively to the interactive entertainment industry. www.audiusanews.com www.forza.xbox.com

?Forza Motorsport? has been at the pinnacle of racing video games since its arrival on the scene in 2005. When ?Forza Motorsport 3? hits the market in late October, it will set a new standard for the modern racing game. Featuring the Audi R8 5.2 FSI quattro prominently on the cover as its ?hero? car, the creators of ?Forza Motorsport 3? have worked closely with Audi engineers to model the R8 V10 to an intricate degree. Important, but often overlooked aspects of motorsport, details such as gear ratios, tire deformation, and track telemetry are tightly integrated throughout the entire game making it the most exhilarating experience you can have off the track. The new game will also feature exceptionally realistic renderings of race courses that Audi has dominated in recent years, including home of the 12 Hours of Sebring and several others that will be revealed in the months leading up to the game?s Fall release. Best of all, ?Forza Motorsport 3? allows participants to experience the thrill of taking the checkered flag right from the starting line, with the help of driving assists, training modes and a forgiving game rewind feature that ensures a great experience for car fans of all ages and skill levels.

Anticipation for the 2010 Audi R8 5.2 FSI quattro has been running high in advance of its arrival in showrooms in the second half of 2009. At the February 2009 Boca Raton Concours d? Elegance charity auction, rights to own the first R8 V10 model in the U.S. sold for a record $500,000. Audi will officially announce pricing for the sports car in the months ahead. The car will stand as the new top-of-the-line model of the R8 series, which was developed jointly with quattro GmbH. Its ten-cylinder engine develops 525 hp, which is capable of delivering breathtaking performance. Audi technologies such as quattro permanent all-wheel drive, the lightweight aluminum body and the innovative all-LED lights propel the new top Audi model right to the top of its competitive field.

?What we love about the R8 is the car stands for much of what makes Forza Motorsport 3 the ultimate racing game ? powerful but refined, sophisticated yet inviting, the perfect blend of design and performance,? said Dan Greenawalt, Game Director, Turn 10. ?It?s that blend of design and performance that makes Audi the ideal partner for my team. It mirrors the way we approach the development of Forza.?

What made this partnership so attractive to Audi was the passion that developers of ?Forza Motorsport 3? have for highly tuned automobiles.

?If you spend just a few minutes with the teams at Xbox and Turn 10 you know these are car buffs who appreciate exceptional cars,? said Scott Keogh, Chief Marketing Officer, Audi of America. ?Forza Motorsport 3 exudes authenticity. Audi puts a premium on engineering excellence. The two philosophies mesh perfectly.?

The Xbox-Audi partnership extends beyond the development of the game itself to include a series of marketing and promotional activities leading up to and following the launch of the R8 V10 and the game. Among these activities:

? The R8 V10 will be a focal point at the unveiling of ?Forza Motorsport 3? in the Xbox 360 press briefing and throughout the E3 Expo.
? Starting today through June 14, consumers can go to www.forzamotorsport.net/contest/ where they can enter a competition to design a skin for the R8 V10 that will become the exclusive custom downloadable car for everyone who pre-orders ?Forza Motorsport 3.? Judges will select five (5) potential Finalists. From June 22nd through July 5th, fans can vote for their favorite design at www.xbox.com/forza3contest or on Xbox LIVE. All five (5) finalists will receive an Xbox 360 ? wireless racing wheel. Upon selecting the winner, their design will become the exclusive custom downloadable car for everyone that pre-orders the game at participating retailers.
? Xbox and Audi also announced they will host an exciting and exceptionally unique AXF-24 Audi-Forza Challenge, which will take place June 13-14 at the Audi Forum New York City. Xbox has selected nine of its top North American Forza competitors as determined by rankings on Xbox Live to converge on New York to compete in a 24-hour endurance competition in ?Forza Motorsport 3? running concurrent to the 24 Hours of Le Mans race in France. The gamers will be split into three teams of three drivers, just like Le Mans racing teams on a yet to be announced track debuting in game upon release in October. The winning team at the end of the 24 hours on Sunday morning will win an all-expenses paid trip for them and a guest to the 2010 24 Hours of Le Mans race where they will be hosted by Audi.
The 24-hour challenge is unique in the world of video game development. Rarely will a game developer put a franchise title through such a rigorous trial so far in advance of its public release. Game developers will often choose to work on laptops that are well suited to programming environments. The event will be kicked off by Speed Channel host Kelli Stavast. Media and special guests will be able to take turns at the wheel of Forza Motorsport 3. Audi will showcase the legendary R8 and R10 Le Mans race cars and offer a variety of activities throughout the weekend for fans.
2009 E3 Expo   Audi   Audi R8   forza motorsport   Forza Motorsport 3   Forza Motorsport III   xbox 360