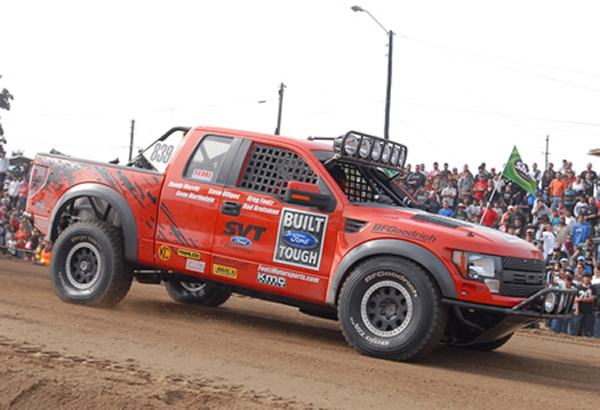 Last night I attended the premiere of the new film “Raptor – Born in Baja” which is a joint production between Ford Motor Company and Brentwood Communications. The premiere was held at the Egyptian Theater in Hollywood and it came complete with a few celebrities and a red carpet that covered a makeshift dirt entrance. The movie was certainly intriguing; telling the story of the Raptor team and their quest to build and race the truck in the Baja 1000. However the truck itself was the most interesting part of the night.

The 2010 Ford F-150 SVT Raptor is ready for the Hollywood spotlight.

I started the evening off by hitching a ride with one of the agents of the Fiesta Movement, Jonathan360 as well as a fellow twitter user by the name of MissMotorMouth. We drove up to Hollywood in a euro-spec 2011 Ford Fiesta, which was a great little car that I hope to spend more time with in the near future. But this night is not about the Fiesta – it is about the 2010 Ford F-150 SVT Raptor and its new movie.

The films chronicled the development of the Raptor, as well as the actual race. It was great getting an inside look at what running the Baja 1000 is all about. The most fascinating part of the journey is a toss-up between how well the truck holds together over the course of the race and the way this team of drivers/mechanics/builders/support crew works together over the course of a grueling 1000 mile dash through Mexico. 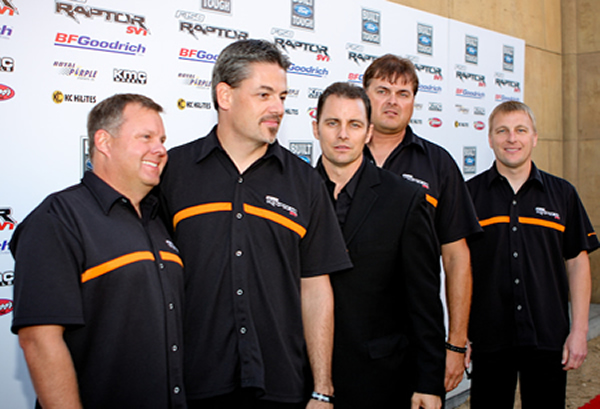 The premiere featured a few scattered celebrities such as Jay Leno and Adrienne Janic (of Overhaulin’ fame) but the biggest stars were the two Raptors parked at the entrance to the theater. One was the race Raptor R and the other was a production Raptor. 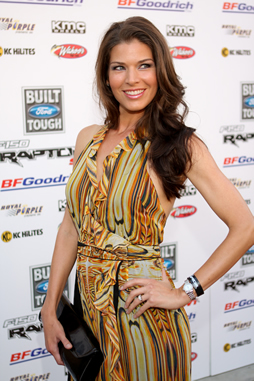 I have a question for you, how many trucks are available on the market that can be used to drive to work during the week and then blast across the desert at high speed on the weekend? Without modification, the answer to this question was zero. Now Ford has stepped to the plate and created just such a truck in the 2010 Ford F-150 SVT Raptor. You can drive this truck at 80, 90, even 100 mph through the desert and this truck can handle the abuse – not to mention it comes with a standard Ford warranty. Here is one more question – how awesome is that? The answer I am looking for here is very – very awesome. 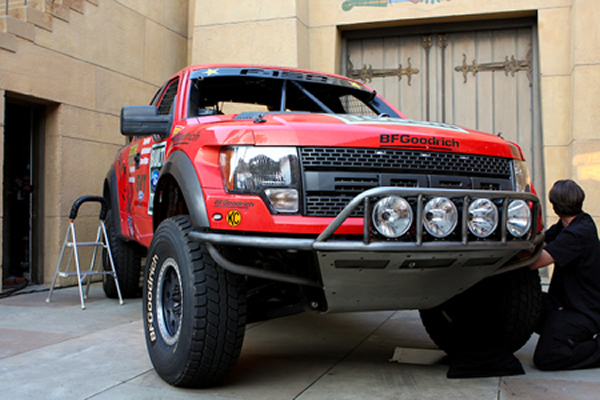 The Raptor is initially going to be powered by a 320 hp 5.4L V8 making 390 lb-ft of torque, but a 6.2L rumored to produce 400 hp will be available after the truck launches. The grille of the Raptor has large FORD lettering that stands out very aggressively. The truck is equipped with FOX Racing Shox, the only internal bypass shocks available on a street truck, which allow for 11.2 in. of travel in the front and 13.4 in. of travel in the rear. This Raptor is also 7 in. wider than a standard F-150 and wears massive BFGoodrich 35″ All-Terrain T/A tires. The 2010 Ford F-150 SVT Raptor is designed to operate as a daily-driver during the week and then an off-road rocket during the weekend. It will be available in showrooms in July with a MSRP of $38,995.

A massive thank you to Jonathan360 for driving and photographing the event, and to MissMotorMouth for passing along my info for the VIP list.

Here is a trailer of the movie:

Check out some more shots of the truck as well as a few celebs that Agent Jonathan360 captured with his lens:

For more information on all 2009 Ford vehicles as well as the available 2010 Ford Vehicles, visit NADAguides.com.