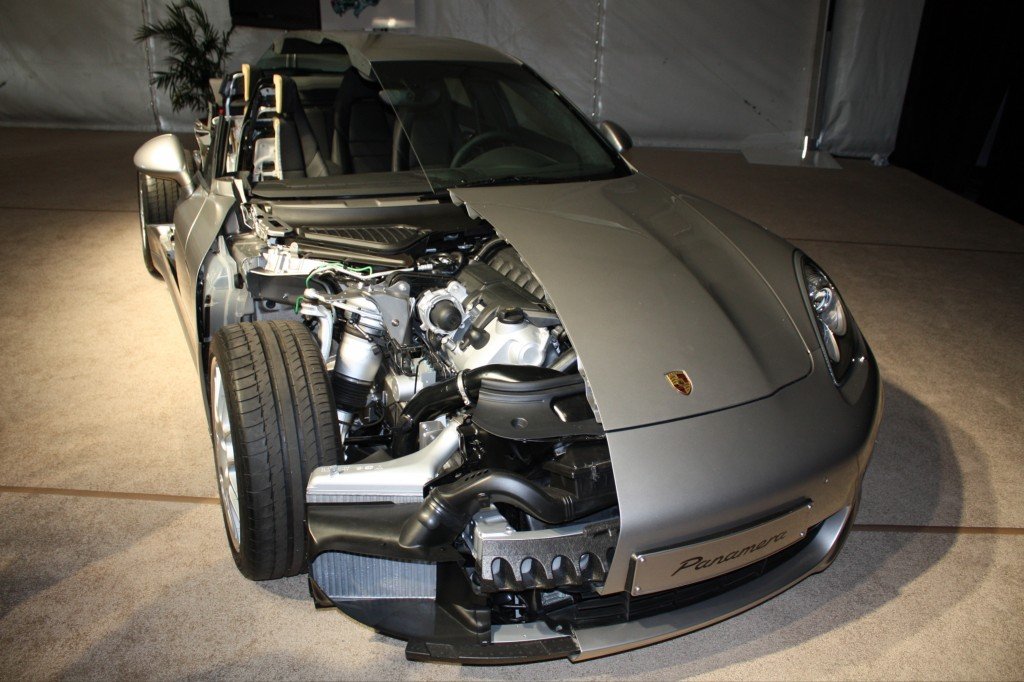 An empty two-lane road. Press the “Sport Plus” button. Shift into Drive. Press the brake, then the accelerator. The LCD panel in the middle of the right-side dial says “Launch control activated”. Release the brake. Now we’re in the hands of the Panamera’s formidable array of computers. There’s a fantastic noise, a massive lurch as the PDK dual-clutch transmission briefly spins all four wheels, and we are on the way to a twelve-second quarter-mile. It’s that simple.

The Porsche Panamera Turbo is the fastest mass-produced sedan in history, by virtually any measuring stick one would care to use. Only the AMG biturbo V12 cars come close in a straight line, and on a racetrack they wouldn’t see which way the beetle-backed Por-sha went. Our passenger laps with Flying Lizard driver Patrick Long only served to confirm what we learned driving the Panamera Turbo around Road America ourselves: this is the Corvette of luxury sedans.

And therein lies the problem. The Panamera is supposed to be the Porsche of luxury sedans: characterful, beautiful, desirable, perfectly conceived to suit the needs of its owners. That was the goal. Unfortunately, the “Porsche of luxury sedans” was, and continues to be, the Audi A8. By contrast, the Panamera is fast but flawed, dramatic but disappointing. It produces the numbers but fails to hit all the targets for true satisfaction. After years of reminding auto enthusiasts that pure power and performance numbers don’t make for a perfect car, Porsche has gone ahead and proved the point themselves. 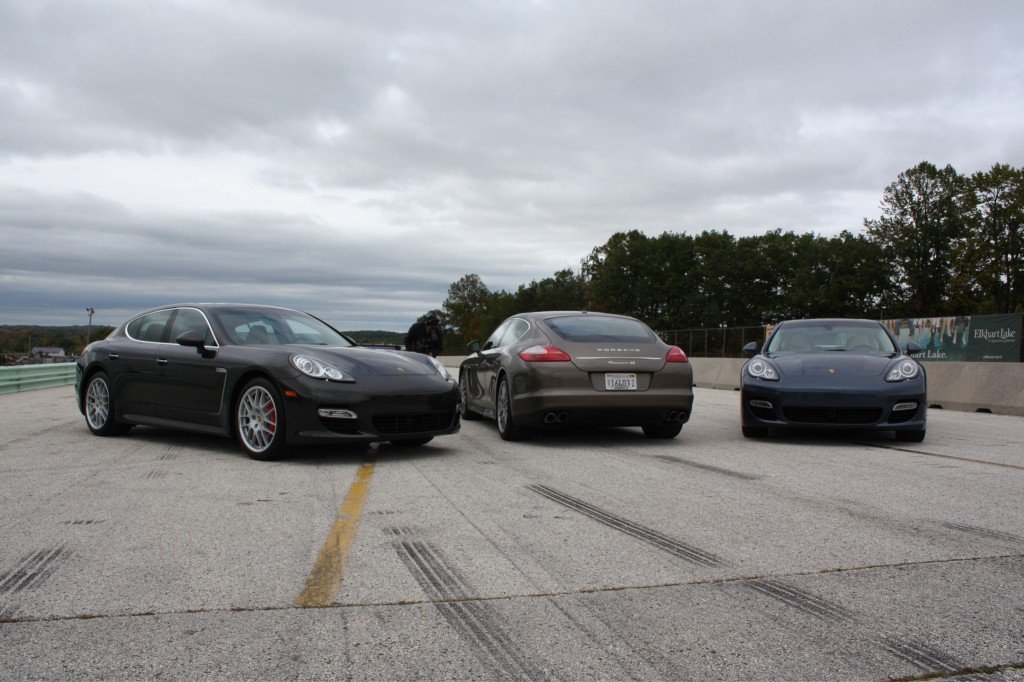 Most of the Panamera reviews out there focus on the car’s sheer speed, in both normally-aspirated and turbocharged variants, and it’s worth devoting a moment or two to this matter. The secret of this pace is not in the power — the German competition offers similar or greater push for the same money — but in the weight. Two-wheel-drive variants are barely two tons, with loaded AWD models just stretching past 4300 pounds. This is between five hundred and a thousand pounds lighter than the competition. It’s even lighter than Cadillac’s much-praised CTS-V, a car which is far smaller inside. It’s not easy to see the source of the weight advantage, as the Panamera has a feeling of solidity to match any Mercedes in the post-W140 era. The rear seats offer nearly a Phaeton’s worth of space, and the trunk/hatch is large enough for a reasonable amount of luggage and perhaps even a small set of golf clubs. 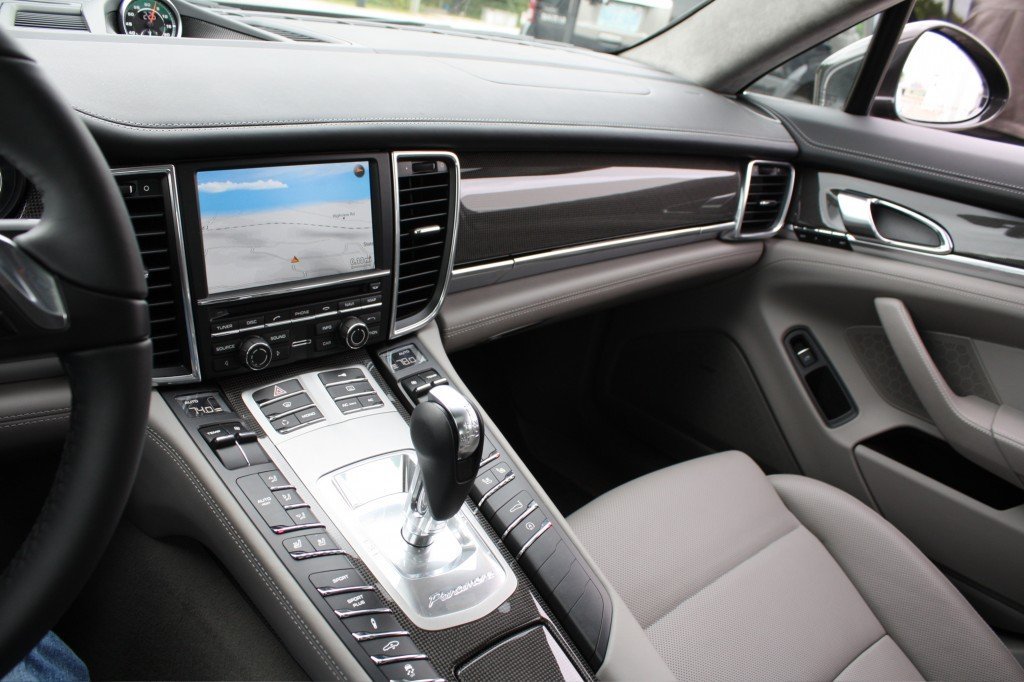 Porsche makes a big deal out of the Panamera’s “911-alike” seating position, but although the seat itself may be at the same height and angle, the atmosphere surrounding that seat is quite different. After nearly fifteen years of miserable water-cooled interiors and subpar Cayenne cockpits, Porsche has finally hit one out of the park. Naturally, Panamera owners who fail to specify the complete array of options will be forcibly reminded of their relative poverty by seemingly endless blank slabs of plastic, but at least that plastic is of high quality and superb tactile appeal.

Just nine years after the introduction of the original iDrive-equipped BMW 745i, the concept of a single multi-function controller has taken root across the industry. Only Lexus and now Porsche eschew some kind of mouse/dial control in their big sedans, and any time spent in an LS460 or Panamera will make it plain just how necessary the introduction of the iDrive paradigm truly was. The big Porsche’s dashboard is an incomprehensible myriad of identical buttons which perform vastly different functions. Some have just two different settings, others have three, still others enable other settings on other buttons. This kind of silliness is perfectly excusable in a 911 GT2; after all, anybody who is too concerned about rapid radio-station selection in a 200mph-plus, whale-tailed sporting car needs to obtain a sense of perspective. Panamera buyers are unlikely to be as forgiving, particularly when the competition offers outstanding second-and-third-generation unified control systems. 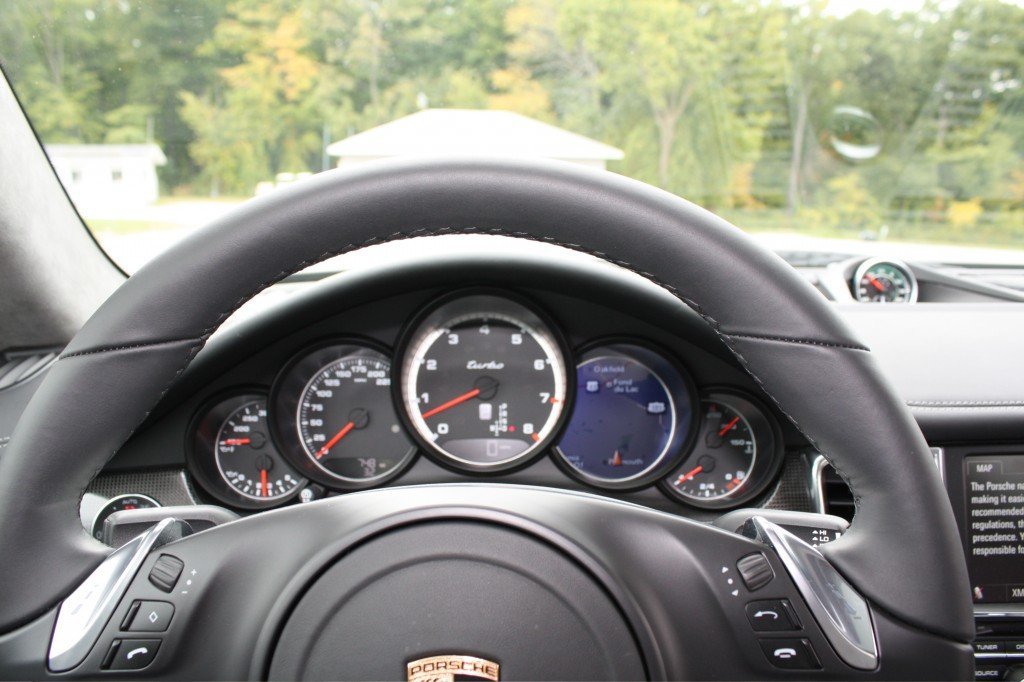 Porsche’s institutional stubbornness continues behind the wheel, which features at least the third variant of the completely unsatisfactory “Tiptronic S” shifters. This time, the alloy wheel paddle/sliders move forward and back to select the gears, in a system eerily reminiscent of Pontiac’s “TAPshift” from a few years back. On the track, even the all-star lineup of Daytona winners selected to provide “hot laps” had difficulty working the Tiptronic selectors, with several of the drivers choosing to simply leave the level in “D” and let the twin-clutch transmission shift itself. With any luck, Porsche will eventually install the conventional paddle shifters as found on the new 997.5 Turbo. Until then, you will need fairly large hands and the coordination of Rachmaninoff to choose your own gear on-track. 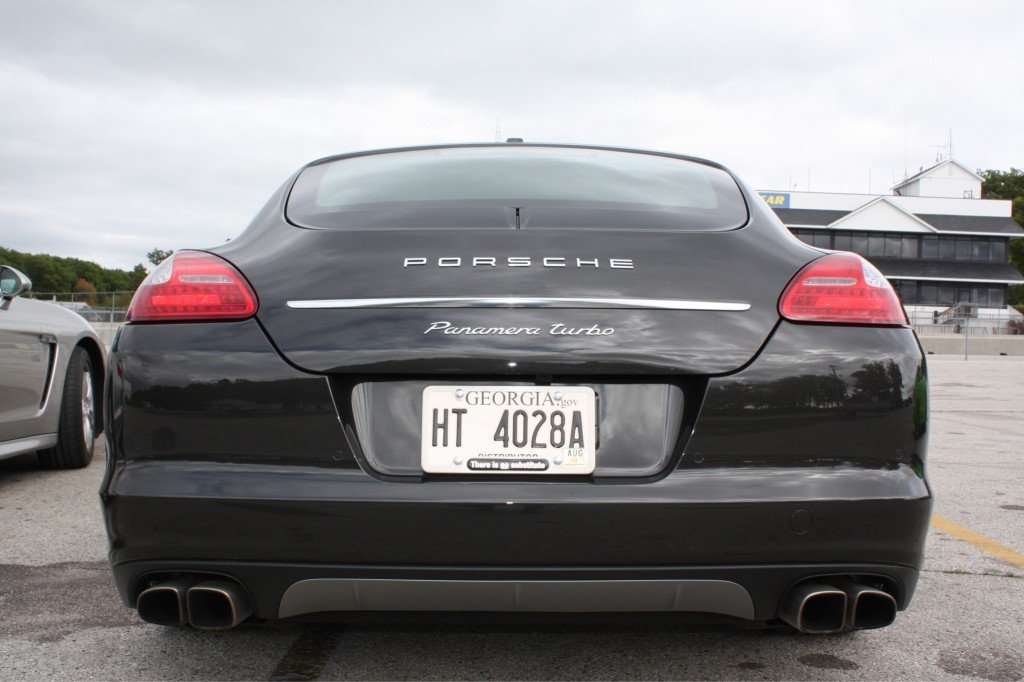 The best thing one can say about the Panamera’s styling is that it is recognizably a Porsche. It’s not really any better-looking in the metal than it is in pictures, despite what the average auto journalist is saying. From some angles it’s okay, from others it’s rather unpleasant, but one has to ask: why does a five-meter sedan have to look like a rear-engined coupe? Why not style the car in such a way as to please the eye and provide the best functionality possible? Looking at the Panamera for any length of time produces a sense of internal disequilibrium that can only be resolved by looking at a new GT3 instead.

That new GT3, which is a nearly perfect distillation of Porsche’s “DNA”, serves as another stinging rebuke of the Panamera. Yes, this is a very fast sedan, but it doesn’t excel at the luxury-sedan stuff. The electronics are subpar, the packaging is problematic, and the pricing, though not yet finalized, is sure to verge on the outrageous. (Edit: This was incorrect. 2010 Panamera pricing is as follows: Panamera S $89,800 — Panamera 4S $93,800 — Panamera Turbo $132,600 — Destination charge of $975 on all cars.) Porsche no doubt hopes that its current owners who also have an S-class in the garage will switch over to a Panamera. The answer to this wish has to be twofold. Those who wish to own a Porsche regardless of merit will certainly be happy with this new car. The Porsche owner who merely wants a luxury sedan that is as good at luxury-sedan duty as a 911 is at grand-touring will probably be happier with an S-Class. And that rare but lucky fellow who has $150K and wants a turbo Porsche and a family sedan should consider buying a 997 Turbo and a Fusion Hybrid.