M. MITIAS: Since being introduced in 1998, the Audi TT has been known more for award-winning design than race winning performance, developing a loyal following among stylish urban professionals and little interest amongst hardcore track rats. Devoted Audiphiles wishing to devour sweeping turns and late apexes along with their creme brulee and mochaccinos typically opted for the street-cred approved S4, which rapidly became the tuner Audi of choice.

Meanwhile, Audi continued their steady march to introduce an S model of each car in their line to keep abreast of the dizzying performance arms race amongst luxury automakers. The Beetle in a black dress was sent off to martial arts class, and the result is less Laura Ashley and a lot more Lara Croft. The TTS package features an upgraded 2.0 direct injection gasoline engine, now producing 268hp and 258lbft of torque, Quattro AWD and six speed S-tronic direct shift transmission, along with electronic stability control, handy for keeping your TTS shiny and undamaged during those times when you get it all wrong.

In an attempt to do exactly that, we took our bright red test car to historic Waterford Hills Road Racing course for a few hours of very private lapping. There are few things in this world which make one feel as utterly privileged as having a race track entirely to oneself, and I’m unlikely to experience any of them. When it comes to track testing a car, an empty track is a luxury with purpose, however. 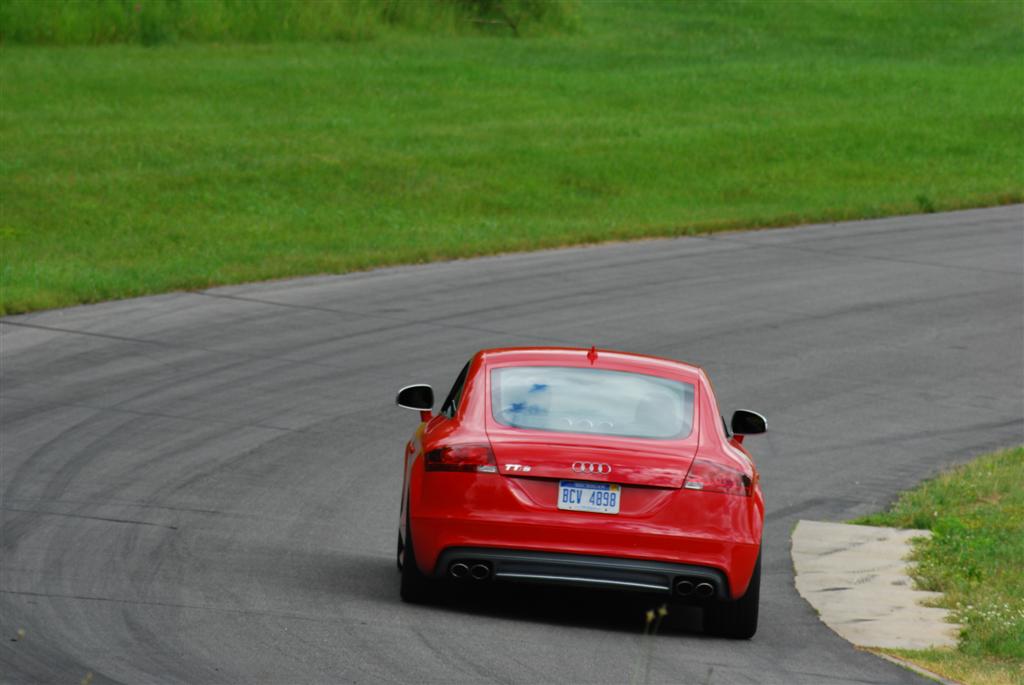 Since I’d never so much as driven WHRRI in a video game, my objective during my first session in the TTS was simply to learn the track. I quickly discovered that like a video game, Audi’s various training wheels are extremely useful. Stability control = on. Auto shift = on. Quattro, of course, is always on, as is ABS. With the transmission capably handling upshifts and downshifts, I was able to focus on driving and finding my line, experimenting with braking points and turn in points within the safe cocoon provided by the fantastic stability system.

Even under heavy trail braking, the stability system completely prevented the tail from stepping out at all. For advanced track day drivers or competition drivers, the tuning is too aggressive, and you’ll eventually turn it off on track (as I did). The difference is very noticeable, especially under high speed braking and when trail braking to induce rotation. The novice or first time track driver (or a driver who doesn’t want to pitch their $50k Audi into the nearest tire barrier) will feel most comfortable leaving it on.

Whether stability control is on or off, the TTS betrays the platform’s front drive roots with an instinct to understeer at turn in, becoming neutral as throttle is added, and a touch of understeer at the exit if you feed in too much throttle. It’s a fast and safe car on the track, with no quirky manners or bad habits, and due to Quattro, doesn’t suffer the lack of exit grip found in high horsepower front drivers (or low horsepower ones). In half a dozen track sessions, I wasn’t able to get the car crossed up at all. My only handling complaint was that the rear end felt a little darty under high speed braking (110-40mph or so) on Waterford’s bumpy back straight without stability control.

Like most street cars, track use on a tight circuit with numerous braking zones revealed the thermal limits of stock pads, which is to be expected. Any street car seeing lapping sessions at speeds beyond parade laps needs to have upgraded pads, and here at S:S:L we often will replace pads on a test car that will be seeing a full track weekend. As it was, we were careful to cool the Audi’s brakes down regularly and let it sit for some time between sessions. The result was that we didn’t experience any pad fade through the day.

One of the most remarkable things about this version of VolksAudi’s corporate FSI 2.0 turbo is the utterly flat torque curve through the middle of the rev range. On track, it’s almost impossible to fall out of the power band unless you deliberately pick the wrong gear, which makes for a very satisfying car to drive. Power exiting turns is immediate, and there’s no waiting around for a turbocharger to “hit” and shock the tires. By far, this is my favorite four cylinder engine on the market today. When coupled with the S-tronic, the engine sounds are grin-inducing. Each impossibly rapid shift is accompanied with an equally rapid burp from the exhaust, like the engine sounds you’d make when you were a kid (or as an adult. We’re not here to judge). Combined with such a stable and easy to drive chassis, it’s hard not to have Walter-Mitty-as-Fernando-Alonso daydreams while you’re carving up a race track. The experience is so pleasurable, you’ll feel like it’s rude to just get out of the car in the pits when you’re done. Maybe you should stay a while and talk or cuddle a bit.

Ultimately, the test of a performance car isn’t a skidpad, a quarter mile, the hopelessly trite zero to sixty, or even a lap time. The test is happiness. Do I enjoy this car? Is it fun to drive? Do I climb out with a smile on my face? If the faces of our various S:S:L contributors were any indication, then Audi has created one of their best ever performance cars. 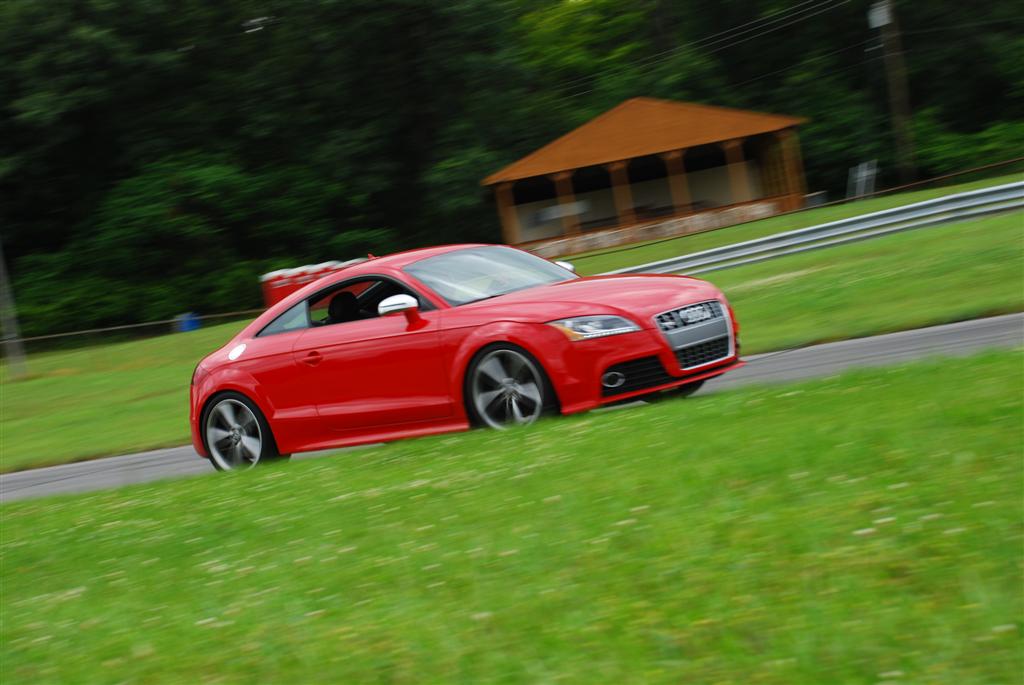