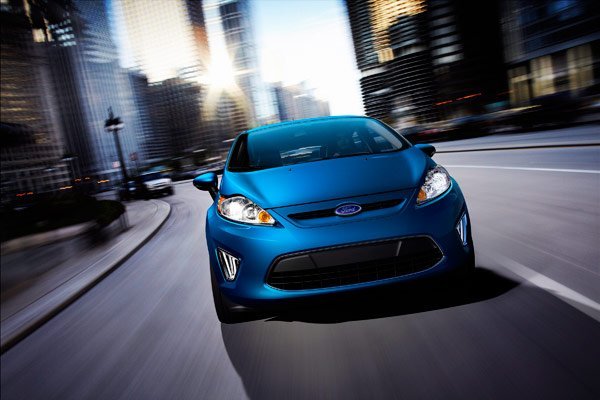 With U.S. demand for B-Segment cars at an all-time high, Ford couldn’t have picked a better time to introduce the hugely successful Fiesta to the U.S. market.  On sale in Spring of 2010 as a 2011 model, this U.S. specification Fiesta looks nearly identical to its European brother, but actually only shares 60% of its parts with the European model.  Many of the changes are related to U.S. crash and safety regulations, but Ford promises that the great driving experience of the European model will be carried over to the U.S. version.

More on the 2011 Ford Fiesta after the jump…

The most noticeable design change comes by way of a revised front fascia which replaces the European fog lamps with chrome housings for the LED light strips.  We’re told that this was a necessary change due to the additional reinforcements needed behind the front bumper.  While we’re not a huge fan of the chrome housings, the rest of the front end looks great and we’re sure that the aftermarket will take care of any disagreements buyers might have with the chrome. 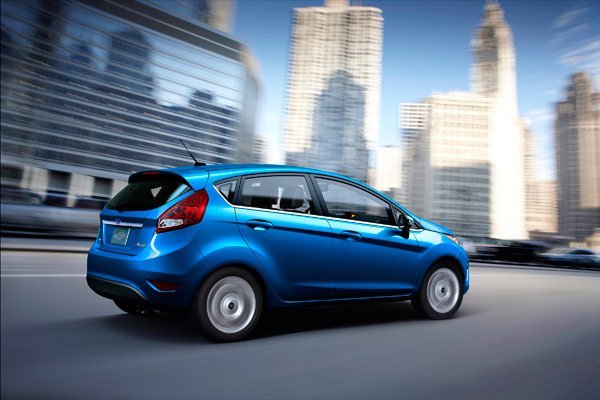 On the inside of the 2011 Fiesta, the changes are certainly for the better.  The U.S. model has more front seat legroom due to a design change to accommodate the knee airbags.  Seats have been upgraded over the European model, and even offer optional leather seating surfaces which is unique for a B-segment car.  All 2011 Fiestas will get a four-inch LCD display, MP3 auxiliary port,  and push-button start as standard equipment. Options for the 2011 Fiesta include the fantastic SYNC feature, Bluetooth, automatic climate control, heated/powered seats, various leather color options, and a sunroof.  Ford clearly wants to set a standard that B-segment cars don’t necessarily have to look or feel cheap. 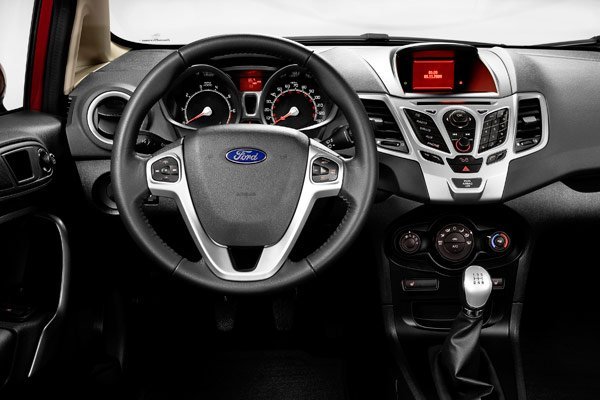 The business end of the 2011 Fiesta features a 1.6-liter engine mated to a PowerShift dual-clutch transmission.  Ford says that that this DSG-like transmission is 22-pounds lighter than a  conventional automatic transmission and that it can handle up to 185lb-ft of torque.  Ford says that this powertrain is good for 30mpg city and 40mpg on the highway, which will be a huge selling point for anyone shopping B-segment vehicles.

We here at S:S:L think that Ford deserves a standing ovation for bringing the Fiesta over to our shores without stripping it of its stylish looks and by giving buyers the option to make driving an economical car a fun and pleasurable experience.  Ford says that 60,000 buyers are already lined up, and we are inclined to believe them.  The 2011 Ford Fiesta is hands down the best looking and feature rich car available for purchase in this segment.  We can’t wait to drive one! 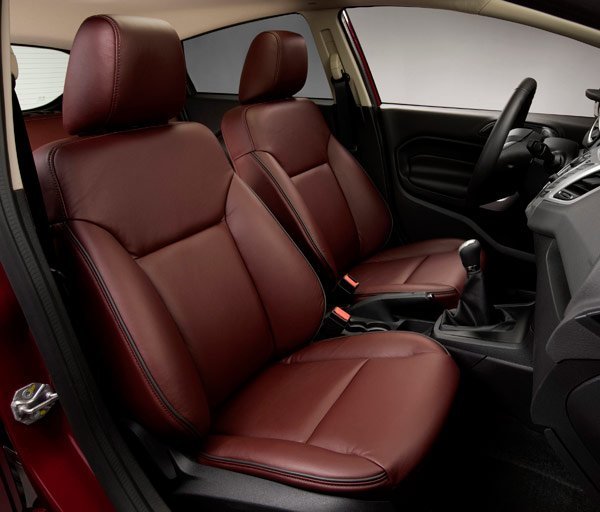 By the way, check out the photo gallery for some of the versions of the Fiesta that tuners such as H&R and Ford Racing have already done up.  We spied a cooler of some sort on one of them…intercooler perhaps?