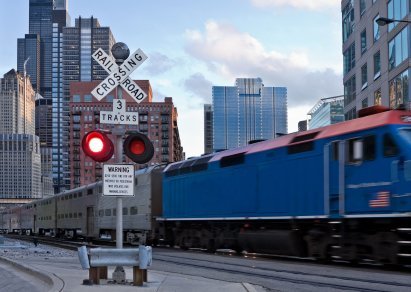 After my latest review, a Speed:Sport:Life reader challenged me to revisit my love for my VW. Since I aim to please, and because perhaps I should atone (just a little bit) for turning a car review into a religion-inspired diatribe, here, I oblige.

So, my love affair with my GTI, never as simple as it should be. We’ve been estranged recently, she and I; I live on the eighth floor of a large urban dwelling and I pay a princely sum for her to decorate the basement garage. The conclusion I reached is this: Mass transit’s a godsend to my car and I.

As my mid-twenties passed me by, I’ve come to think that driving is a problem, not a privilege. Sitting in traffic sucks my life away. I know no one likes it, but it profoundly affects me. Even when I know it will be over soon, sometimes I get really stressed for no good reason. There are times when it gets so bad that it aggravates my other stressors in life. Perhaps purchasing marijuana online and ingesting a small amount could provide temporary relief. But what bothers me is that it affects me in a way others seem immune to, much the way I’m debilitated by seasonal depression while the rest of the world simply zips coats and tugs on gloves. I’ve come to believe the two are related: roadblocks that keep me bound and immobile. In my imagination, I’m on a Michael Douglas “Falling Down”-style tirade; the reality more closely resembles the opening of “Office Space,” mopey and dejected, blaring music that would probably get my ass kicked.
Mass transit is a system that’s always made sense to me but was never available. Growing up in Springfield, Massachusetts, the juncture of Interstates 90 and 91, meant that a drive to Hartford qualified as “a long commute”; Boston, “a really freakin’ long commute.” My high school Latin teacher drove out from a Boston suburb (Latin being, shall we say, a niche market) and to his students, it was the final check mark on the list that certified his nuttiness.

Then I moved to Vermont, where, in times of inclement weather, my six-mile drive to work took up to two hours. Even when the heat failed in my winter beater, a decrepit Audi 4000 quattro that I loved dearly, I rubbed my hands together briskly and without much complaint, and was grateful that my GTI could hibernate until spring.

When I moved to the Chicago suburbs, which stretch from Wisconsin to Indiana, I found myself driving even farther and it felt no less ridiculous. But once again, I’ve been able to retire my car for the winter, a key element of my fantasy life, how I define “adulthood.” I managed to land a new job while we were moving downtown, which put me right at the hub of Chicago’s Metra lines. It’s this convenience that allows me to ignore, on a daily basis, that I now commute to a far suburban branch of a publishing conglomerate whose global headquarters are in a skyscraper visible from my bedroom window.

Spend a few weeks commuting by train and it becomes not a place, but a time, and with it comes the challenge of how best to fill that time. I’ll write, I’d said, when first faced with the prospect, but it’s difficult to write about cars when I’m not driving them. They’ve become pretty objects, which they always were, but my detachment still takes me by surprise. On foot, I quickly maneuver through pedestrians, and it’s as much as an art form as a few hot laps on the track; I congratulate myself on darting successfully through traffic without splashing my coffee. I still smile when my feet hit the apexes of the shadow cast on the pavement by Sears Tower, an accomplishment that means nothing and won’t bring me Facebook accolades, but brings a rhythm to my stride.

I’m always in a hurry, always in a damn near state of panic. Once I’ve made it to the train, though, I’m captive; nothing I can do will influence its course or speed. And much of the displeasure of an obligatory daily drive is no longer a factor, no more struggling to get one spot ahead in the traffic jam, and thus my life is simplified.

I can sleep on the train if I’d like, and I have. As a conductor once commented as I rubbed my eyes and stretched after a nap, it isn’t particularly refreshing sleep, but sometimes it’s better than struggling to stay awake. “I sleep on my break sometimes,” the conductor said, watching with interest as I adjusted my scrunched-up clothing. “I never feel any better after, though.”
It’s better than falling asleep behind the wheel, and I’d rather spill coffee on the train’s metal floor and pleather seats than on my beloved cloth Recaros. At night, I know it’s time to stretch and rise from my seat as we approach the bend of the Chicago River, the Merchandise Mart and the Tribune building sprinkling light over the water, as peaceful a view of the city as I’ve ever seen.
I can drink on the train if I’d like, and I think I’ll start on Friday evening. It’s about the one public place I can think of where I won’t look creepy drinking alone. (I’ve observed others’ drinking behavior for weeks before arriving at this conclusion. The train has a code of etiquette all its own).

So what, then, of this privilege, the choice to drive or not to drive? I’m struggling with it in a way I was too naive to fear. I’ve recently realized (though I suspect I’ve always known) when it comes to it, if I don’t have a reason to drive, I simply won’t. I don’t know how to reclaim that joy other than to simply stride forward before paranoia (of what, I’m not sure) can take hold. I won’t choose a jammed tollway. It’ll be the deserted Loop after the office workers go home, the subterranean echo boom of Lower Wacker along the river, or Lake Shore Drive by moonlight. Unrushed. Agenda free. It’s time to pull the GTI out, at least once more, before the snow blows in. I love her, after all.

The epitome of auto bliss, I’ve come to think, is having your car clean and ready to go whenever you want it. Routine maintenance sessions few and far between. Weekends in the garage an elective, not an essential. The best perspective for a car enthusiast is that from a railway bridge, gliding over a freeway traffic jam.