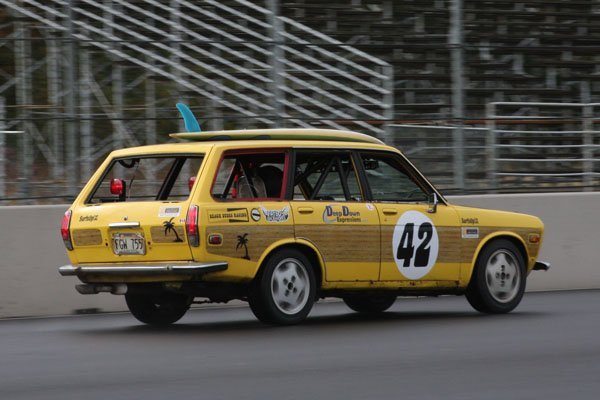 Breaking News: 24 Hours of LeMons chief perpetrator, Jay Lamm, announced that Reno-Fernley Raceway will sadly be closing its doors which means the 24 Hours of LeMons event scheduled for May 8-9, 2010, with the “real” 24 hour race format will be cancelled.  The good news for crap car race teams is that the event will be moved to Thunderhill Raceway Park in Willows, California, on the same weekend, however, there will be no nighttime racing so the event will not have the true 24 hour format like Le Mans in France.

This is a huge disappointment for most California LeMons teams who have been waiting to run a “real” 24 race but haven’t had the chance on the left coast.  But don’t fret, ChumpCar World Series is running a true 24 hour race format at Willow Springs International Motorsports Park in Southern California, January 30-31, 2010.  The race begins at noon on Saturday and ends at noon on Sunday.  What happens in between with a field of $500 cars, is anyone’s guess.

Entry deadline for the event is January 2, 2010.  Go to www.chumpcar.com for more details.