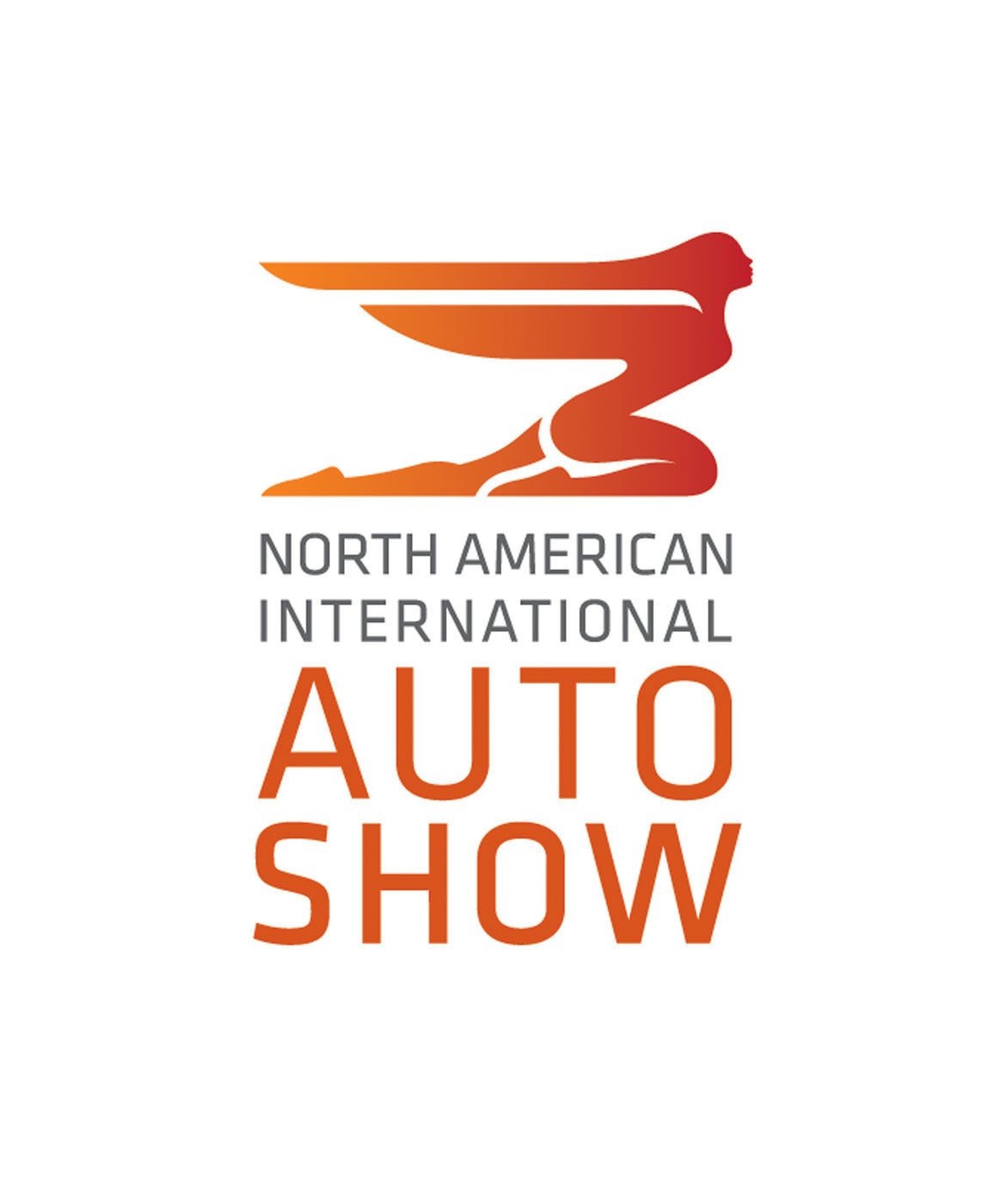 “So you’re a journalist?” The question snaps me out of my hung-over trance. The landscape around Detroit Metro Airport isn’t terribly fascinating, but even the bleakest horizon is a welcome anchor for my primary senses while the parking shuttle trundles along as only domestic passenger vans are want to do.

I didn’t catch his name; my inquisitive chauffeur offered me a lift across DTW to the North terminal after passing me half a dozen times as I waited for the terminal-to-terminal shuttle-a brotherly gesture punctuating an otherwise inhospitable morning.

I don’t answer immediately. I prefer not to introduce myself as such, but I put the brakes on that particular train of thought before it blows a whistle that will further stoke the three-alarm Jack-and-Captain number that is still beating my nerve endings like bongo drums. Too deep. Too early.

“Nah, I’m a blogger,” I finally deliver in my most refined turn-that-freaking-sun-off-so-we-can-all-go-back-to-bed grunt. “I write for a Web site.”

“A blogger?” he responds as he pulls the shuttle into its stall and hops out to retrieve my bag. “What’s the difference?”

I hand him a fiver I’d plucked from my back pocket on my way to meet him behind the van.

“Journalists don’t tip. Thanks for the lift; I appreciate it.”

Normally, I try to avoid the inanity of the “new media” vs. “old media” quagmire. “You guys are the future,” one media rep told us over burgers at The Detroiter. Certainly not the first time I’ve heard that. But for every such observation, there are half a dozen others lamenting the days when the industry marched to the beat of the print journalist. When directed our way, those comments are usually prefaced with “No offense,” and then formed around some variation of the thesis that hacks like us shouldn’t be any more welcome than the persistent stench that hangs in the air near the Volkswagen booth. No kidding, I think there’s a homeless guy cooking mutant Cobo rats somewhere beneath the floor.

But this was a “new media” show. Social media. The type of media that allows users to read something like this buzzoid review to see how they can boost their Instagram following, without getting judged for it. Electronic media. Young media. Press conferences lacked the substance that would afford the traditional, long-form journalist the handicap necessary to bring anything relevant to the table. Perhaps it was intentional (and in some cases it undoubtedly was), but product introductions that couldn’t be summarized in 140 characters or less were few and far between. Hell, the Toyota conference had all the dignity and sophistication of a ninth grader presenting a book report on Curious George. Do you like turtles too, Mr. Lentz? 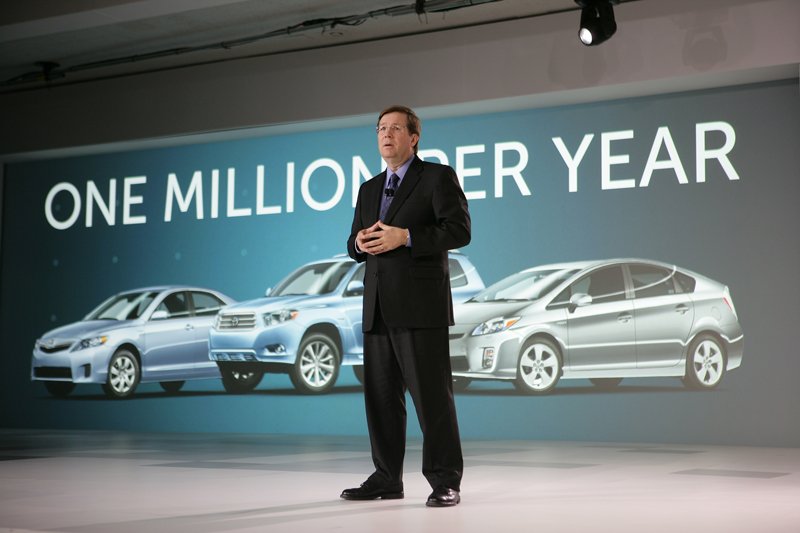 How many Prius models are you going to build, again? Image care of NAIAS Public Relations

Further reinforcing the lack of substance in the press conferences was proportionate lack of substance in the products. It was almost impossible to get through an introduction without hearing some variation of the phrase, “If we were ever to produce this…” Buick Regal GS? Check. BMW 1 Series ElectroAwesomeActiveThing? Yep. Toyota Poor-ius? Affirmative. Chevy Aveo RS? Uh-huh. I’m sure the Hyundai, Subaru and Kia ecomonstrosities were equally fluffed, but by then the accumulation of marketing yeast had burst into my cranial fluid and fermented into something that both numbed the pain and erased any memory of the experience.

And when it wasn’t coyly stated, it was nonetheless implied. Take for example the Audi E-Tron (some poor German marketing expert was no doubt strapped to a desk chair and locked in a closet to prevent the addition of the conspicuously-absent “ic”). By their own admission, it’s a possible alternative-energy vehicle just waiting for a vaporware powerplant. Then there’s the nudge-and-wink routine surrounding the Volkswagen NCC, the “hybrid” badge on which was the most promising indicator that the Germans have a sense of humor since they sent us David Hasselhoff. And while many assume the styling of the concept came packaged with a nudge and a wink as well, I don’t think VW’s intent there was comedic. And if you think that’s funny, just imagine how big of a joke it would have been if it had come out of an American or Japanese design studio. If I’ve lost you at this point, it’s probably because you firmly believe that cribbing upscale German car design is completely legit as long as Volkswagen is the culprit.

Speaking of, have you seen the new Sonata? I think you’ll like it.

Meanwhile, Ford assaulted us with their “One Ford” marketing barrage and a light show that would rival Epcot Center’s, but gave us only the new Focus while their proverbial party piece, the 2011 Mustang, rotted in a corner under similarly seizure-inducing strobe lights but no accompanying conference. Fortunately though, their embargoed press preview a couple of weeks prior to the show gave the glossies a much-needed shot at equal footing. Oh well, there’s always Chicago. And New York. Careful. Don’t get too excited now.

So this year, instead of a car show, we essentially got a consumer automotive technology “what if?” And by those standards, the show was little more than a rehash of Disney’s Magic Highway U.S.A. It’s a fascinating film, to be sure, but I’ve seen it already. Like, when I was six.

But let me take a moment to step off of the negativity bandwagon and highlight some positives. The new Mustang is here. Job 1 is rumored to start late spring, so if all goes to plan there will be five-liter Mustangs terrorizing America no later than mid-late June. There were also some glimmers of hope in the otherwise-dismal Chrysler portfolio. The Fiat 500 Abarth was present, though still wearing its rather out-of-place front end. Also present was the Chrysler-faced Lancia concept, which managed to be both quite Euro and almost inescapably PT-Cruiser-like at the same time. The Laguna Seca record-holding Viper was also in attendance, and accompanied at all times by the resquisite classed-up-trophy-girl eye candy. In fact, Chrysler’s displays had the best (ahem) staff of the entire show. No joke.

And even amidst all their humility (a stark contrast to last year’s borderline-grandstanding attempt at a display of confidence), GM did at least show us some fake cars we’d like to see in the Regal GS and Aveo RS. Even if built, neither is going to light its competitors’ hair on fire, but at least they’re enthusiast-oriented vaporware. Oh, and Kia has an attractive new coupe. Okay, so maybe I’m reaching a bit, but seriously, it ain’t half bad. 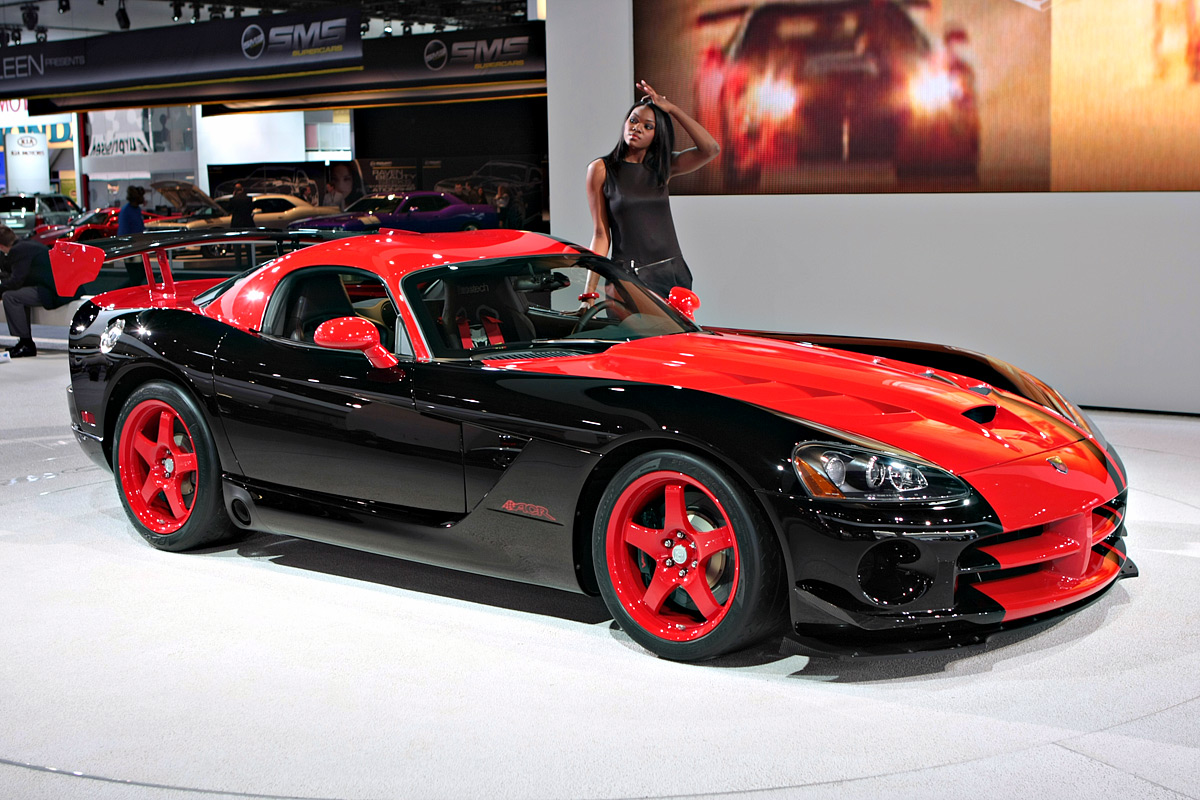 So what are we left with? A non-controversial, easily-digested, mainstream-friendly car show. In an economy where the goal of most manufacturers was to deliver news that wouldn’t give a bloodthirsty mainstream press a wicked case of eco-indigestion, I’d say most of the presenters would consider it a success. I guess there’s some silver lining to that. As long as the media tells the world that Detroit is serving vegan, we can survive off bits and pieces of scrap meat handed out at the back door, right?

And maybe it wasn’t a “car” show in the strictest sense, but there were cars in it. That counts for something. And lest we forget, the doom and gloom of a year ago made us all wonder if there’d be a 2010 show at all.