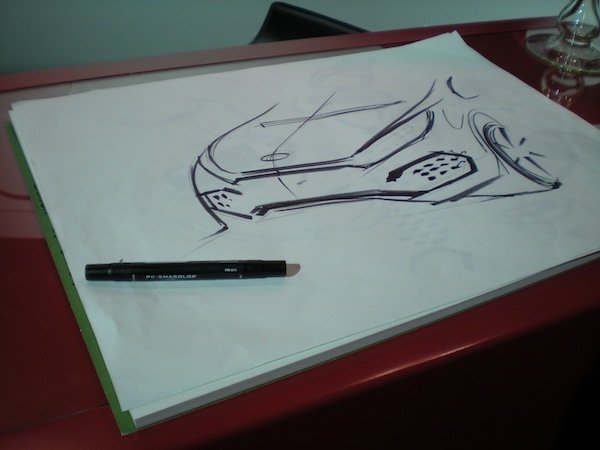 I didn’t attend the Detroit Auto Show this year. From what my friends, fellow Speed:Sport:Lifers and other publications told me, it was bleak. Far bleaker than the media reported, even though, at the time, I was kind of surprised by the general nasty tone of much of the coverage. It’s hard to bitch about the car industry, because we want it to survive, because we generally like our jobs.

Locally, there was very little good news in the week preceding the Chicago Auto Show. The Chicago Transportation Agency was forced to cut buses and trains. McCormick Place, the convention center that hosts the auto show, is losing other trade shows at an alarming rate. A lot of colleagues couldn’t make it to town because of a blizzard. Also, I was told there was an earthquake in Chicago the morning of the media preview, but even that was a failure: it apparently wasn’t even potent enough to disrupt my sleep. Doomsday headlines abounded and the prospects for the show weren’t particularly good. But I’d heard there were Fiat 500s in town, so I put on a dress and made an appearance.

Oh, the Fiat 500! Two of ’em, a glossy pearl white and a cocoa brown. I wanted to stroke them, climb inside, try them on for size. Really, it’s a gorgeous car, and the fit and finish look impressive, at least from a few feet away. Chrysler must have anticipated this: they were on platforms, fenced off. The message? I’ll be lucky to get within a few feet. Chrysler: Please try not to confuse the small cars with the Maseratis.

The Chrysler Lancia received similar prominence, and the ad playing behind its elevated, rotating platform proclaimed that “looking and feeling like a million bucks is practically our birthright,” which made me feel kind of queasy.

Something happens at an auto show when there are fewer sirens of chrome, celebrity appearances, and pie-in-the-sky product intros. The sense of excitement and privilege of years past simply wasn’t there. It felt like walking a dealership lot.

Until Kia’s presentation, that is, which I attended mostly out of a sense of obligation due to good memories of the Soul. I’ve got to hand it to Kia. They are among the few manufacturers who actually seem cheerful about making cars. Despite the good news that kicked off the conference (15 consecutive years of growth, outstanding Sedona sales) they’re not preoccupied with self congratulation.

It’s an awkward comparison, but Kia’s reminiscent of VW circa 2004. That’s when I got my start writing cheerfully and optimistically about the cars I hoped I could someday afford. I was charmed by the company’s outward happy-go-lucky attitude, confident and proud yet tempered by a healthy dose of modesty. I’m a bit beyond the point at which ownership of an entry level car is a benchmark of success, but those characteristics were evident throughout the Kia conference, making for one of the brightest hours of the day.

A few years ago, I was engaged in a highly informal, off-the-record chat with a Volkswagen staffer, who told me that he believed Kia would someday be the biggest threat to VW’s enthusiast market. I laughed politely: after all, why would he be trashing his own brand? And honestly, at the time I had more faith in Scion’s enthusiast potential. But when a Kia spokesman said it was a brand for “true enthusiasts,” describing Kia’s Grand-Am series debut on January 29, I found myself nodding. It’s nice to take a break from rolling my eyes.

Kia design manager Massimo Frascella, formerly of Bertone and Ford, stepped out, talked about design a bit, and picked up a sketchpad. As his pen flew across paper, we were told of a four-seat plug-in hybrid with nearly 750 miles of range, made possible by crisp, lightweight recycled and eco-friendly materials, a smooth profile and integrated door handles, and a panoramic windshield that blended seamlessly into a solar glass roof. “Let’s call it the Ray,” they said.

As the ideas were described, we watched them take shape on paper, smooth and gorgeous, the kind of lines that make me want to spend $700 on the full set of Prismacolor art markers. Kia talked about the car as if it was too good to be true, but as I listened, I thought, If they make this, I’m buying one.

The privilege of observing Frascella at work was, frankly, fascinating. It was exciting, and sensual. It was like watching Chip Foose laying ghost flames, or Alton Brown blending frosting, or David Choe spraying an urban mural. I felt the kind of inspiration that challenges people to become clothing designers or architects. Perhaps because there was so little self-congratulation, a rare phenomenon occurred: I was able to suspend my disbelief. I didn’t care that I was watching a carefully choreographed routine because it felt so intimate. Unlike Chevy, for example, who’s so proud of the years-in-the-making Volt that they talked about it, apropos of nothing, in the middle of a country music yee-haw truck introduction.

Despite my optimism, I still wasn’t expecting the car to roll out like a modern art masterpiece. And surely, I thought, they weren’t going to let us up there. Kia, though, is too proud of their creation to isolate it.

I waited a while for the throng to clear, then made my way forward to touch the Ray. It’s crisp yet glossy gray with a black hood, LED emblems, LED driving lights that evoke the promised honeycomb-shaped solar cells, 20-inch wheels, and suicide-style doors that invite passengers into the womblike rear cabin to nestle into the lightweight sport bucket seats. The console is simple and minimal. And thanks to the industrialist materials, it looks really easy to clean. In fact, it looks like it would be simply thrilling to clean.

It almost doesn’t matter if the Ray sees production. I want one. Oh yes, I do. But what matters more is the generation of ideas, the excitement of possibilities, the thrill of a challenge, and the reminder that what we do is fun. Kia brought the concept car back.