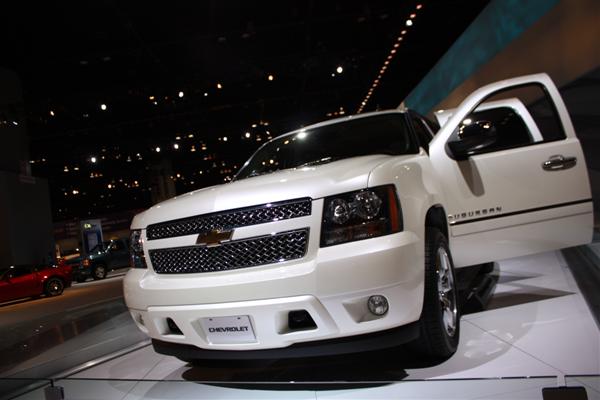 The good people of the Midwest Automotive Media Association absolutely refuse to have yours truly as a member. I’m not a “general-purpose auto journalist”, whatever that means. Based on the people who do make the cut, I think “general-purpose auto journalist” means “polyester-and-denim-encrusted lard-butt who would PAX dead last in a regional autocross.” Despite this heart-breaking snub, I continue to attend their self-congratulatory annual breakfast at the Chicago Auto Show. The complimentary bacon is outstanding.

The mantra of the MAMA breakfast, repeated by each of the first three or four speakers every year, is this: “The Chicago Auto Show sells cars.” Presumably this is in opposition to the Los Angeles Auto Show, which sells tofu, the Tokyo Auto Show, which sells the panties of schoolgirls from a vending machine, and the Detroit Auto Show, which sells rape. I think it’s a convenient way to distract attention from the inconvenient truth that most manufacturers don’t bother to display new product at the show. With that said, it’s worth noting that the dirty business of actually selling cars was very relevant to the new products on offer. Let’s discuss.

Chevrolet 75th Anniversary Suburban Diamond Edition: fake luxury returns! Long-time SSL readers know the story of fake luxury. Think of this pimped-out, white tri-coat Suburban as the Caprice Classic Brougham of the new era. Every once in a while, something happens in this business to remind us that dealers, not buyers, are the automakers’ actual customers. This “Diamond Edition” is one of those somethings. It’s well-known that a certain percentage of Suburban owners are massively wealthy people who are simply too reverse-snobbish to be seen in a Yukon Denali XL or, G-d forbid, an Escalade. Chevrolet dealers would like to have more expensive Subs to sell to those people. So we have this Suburban: an Escalade with a Chevy badge, priced to the moon, pimped to the max.

In a perfect world, this truck, which bolsters the Suburban and Chevrolet brands at the direct expense of Escalade and Cadillac, wouldn’t exist. Unfortunately for the General, sometimes you have to listen to the people who actually move the metal.

Toyota Avalon: all the acceleration is unintended. I rather like the marketing campaign for the new Avalon. The phrase “travel AVALON class” is fun and it’s paired with a bit of a Fifties jet-era, first-class look. The average Avalon customer has to be at least sixty, so the nod to a more pleasant past of transportation is well-targeted.

The car itself appears to be nearly exactly like the current model, with a dash of extra flame surfacing and a sprinkle of obvious cost-cutting inside and out. Still, the question has to be raised: why does this car exist? It’s fundamentally a more expensive Camry. Toyota already makes a more expensive Camry, and it’s called the Lexus ES350. Twenty years ago when Lexus debuted as a brand, the difference between the most expensive Toyota and the cheapest Lex was obvious. The Cressida was a straight-six, rear-wheel-drive alternative BMW with sleek styling, and the ES250 sucked. Now we have two plump Camrys fighting it out.

As a product, the Avalon undermines the ES350. It’s bigger, roomier, and cheaper. As a product, the ES350 undermines the Avalon, since it makes the Toyota’s interior look dismal by comparison. One of them should probably disappear, and it should probably be the Avalon, but the Toyota-only dealers would raise holy hell. Look for the left lane of your local freeway to be blocked by sixty-somethings traveling Avalon class… for a long time to come.

Honda Odyssey concept: Uh-oh. Question. What is the name of Honda’s premium brand? I’m sorry… the answer is Honda. While Acura flounders in beak-nosed obscurity, the Odyssey has staked out its territory as a premium product in the minivan market. Whether the marketroids like it or not, the Oddy is the gold standard among people-haulers, and it sells for more than a TSX when you equip it the same way.

When a car accidentally achieves premium status, most automakers react by using a photocopier to design the next generation. (See: BMW 3 Series, 1977-1991.) Honda, by contrast, has decided to redesign the Odyssey along iconoclastic lines. In the metal, this van looks small, bold, dashing, and very Japanese. The more I look at it, the more I like it, but I wouldn’t be surprised if the average minivan mommy goes running to her local Sienna dealer instead. 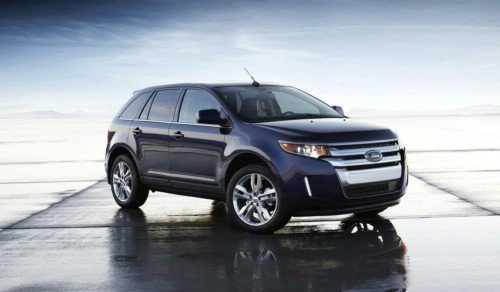 2011 Ford Edge: the facelift that refreshes. If Honda’s premium brand is Honda, then it’s easy to argue that Ford’s premium brand nowadays is… well, Ford. Take this Edge as further proof. It offers all of the important stuff found in the refreshed Lincoln MKX, most notably the outrageous and exciting new “myFord Touch” buttonless center stack. It looks the business, as the English would say. The MKX was clearly better-looking than the original Edge, but with this refresh I’d suggest that the tide has turned. And there is going to be a turbo four-cylinder to boot. We’ve seen that trick turned before on this platform, with mixed results (*cough* CX-7 *cough*) but I suspect it will work better this time.

The Edge Limited looks spectacular inside and out. Lincoln dealers have some cause to worry here, more so since the MKX is their big import-conquest contender. More first-time Lincoln buyers choose an MKX than anything else. If those buyers happen to drive by a Ford shop on their way to the Lincoln dealer, they may never arrive at their intended destination.

The conclusion, in which nothing is concluded. I paid dearly for my free bacon this year, suffering through an hour of terrifying Teleprompter reading. (“Let’s blow up the 2010… *uncomfortable pause* SALES FIGURES!”) The irony of the Chicago Auto Show is that, to some degree, it appears to be the best-run auto show out there. There just isn’t much to report. For the hundreds of thousands of people who visit the show this week, however, the excitement comes from simply seeing new cars and talking to dealer representatives. Those dealers — the grubby, greasy guts of the shiny auto-marketing business — are glad to have to show. It moves the metal. As they do. As they are supposed to do. If you want dreams and tofu, try Los Angeles.