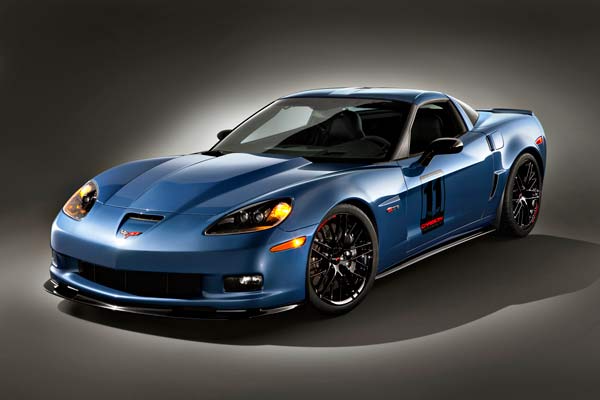 We here at S:S:L have always been huge fans of the Corvette Z06 and have said that the Z06 is the best track car of the entire Corvette lineup.  The folks at Chevy have taken an already incredible track car and made it even better with the 2011 Corvette Z06 Carbon Limited Edition.  Limited to just 500 units, the Z06 Carbon is sure to sell out quickly to both track junkies and collectors alike.

If you aren’t one of the lucky 500 to pick up a Z06 Carbon, Chevy will be offering the Z07 performance package on the standard Z06 which includes all the upgraded mechanical goodies that the Z06 Carbon has.  The carbon fiber goodies will be available through the optional CFZ package.

No pricing has been announced yet, but deliveries are expected to begin this summer.