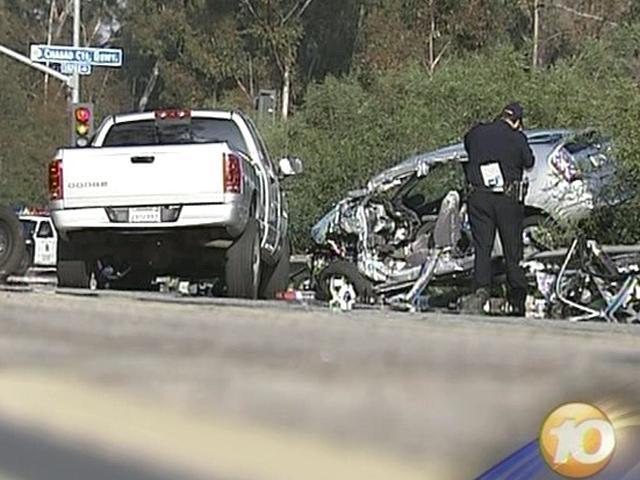 If the average Toyota buyer is afraid of her own shadow and worries about automotive catastrophe constantly, surely the prospect of UNINTENDED ACCELERATION RIGHT INTO A FLAMING WALL OF DEATH should be enough to keep every Camry in the United States off the road, right? Well, that would certainly be the case, except for one little thing: there is a force that motivates the average Toyota fan or purchase far more than fear, and that force is pure, blinding hatred.


Some of us have seen this movie before. When General Motors introduced the “import-fighting” X-body in late 1979, the car seemed to have it all. The Chevrolet Citation and its platform mates had spectacular packaging; the five-door X-body is approximately the same length and width as the Prius, is significantly shorter, and has greater passenger volume. This, from a car developed in the mid-Seventies. Weight was well under control: the X-bodies all weigh under 2500 pounds and some are as light as 2250. Fuel economy was stellar: adjusted for modern ratings, the four-cylinder X could make 31mpg on the freeway, with a four-speed, direct-drive-fourth-gear transmission. I would even argue that the X was a handsome car, particularly in two-door hatch form. 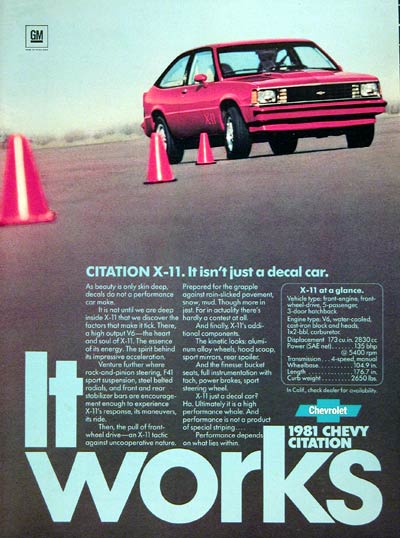 X-body sales were well over the three-quarter-million mark in 1980. It seemed General Motors had finally found the lever with which to move the compact-car world. Unfortunately, the X-body had a serious safety problem. The rear brakes locked-up under the slightest provocation, causing the cars to loop out of control in normal driving conditions. GM knew it was a problem before the cars entered production but chose to not address the issue, something which later on cost them a lot of money in jury awards and federal fines.

People died in X-car collisions. Quite a few people died in them as a result of the brake defect; we’ll never know how many because thirty years ago crash data was often uncollected, particularly in rural areas. Car defects can be more common than we’d like to think and lead to many disappointments in the used car market in particular. Those that unknowingly purchase a vehicle with various faults or defects may want to brush up on their California lemon law or whichever state they’re in. After a toe-in-the-water 240,000-car recall, the Feds eventually ordered GM to recall over a million cars to address the issue. A series of lawsuits were resolved in GM’s favor by a Reagan-era government. I’m copying the Center for Auto Safety’s paragraph on the decision verbatim here for the reader’s enlightenment; while I am no fan of governmental interference, I think this was a case where a little more of it might have been warranted.

On April 14, 1987, nearly four years after suit was filed and over a year after trial ended, U.S. District Court Judge Thomas P. Jackson issued his decision, ruling for GM on all counts before the court. No recall would be ordered because the government had failed to define precisely what was wrong with X-car brakes. The thousands of complaints from X-car owners were dismissed as “anecdotal”; the internal memos in which GM’s own experts attacked the car’s brake performance were merely evidence “that brake engineers have yet to devise the infallible braking system.” In his opinion Jackson chided the government for coming “into court with nothing more, essentially, than a reasonable suspicion, without the evidence to prove it.”

Once the public found out about the X-car brake problems, the Citation, Phoenix, Omega, and Skylark became unsaleable showroom filler, eventually piling up to the point that GM had to bury them all in the same desert where Atari buried over one million “E.T.” game cartridges for the VCS system. Oh, who am I kidding? People still bought the X-cars. The Honda Accord was a better mousetrap, and it didn’t kill people by putting them backwards into lampposts, but Honda couldn’t dream of selling their little car in the kind of volumes enjoyed by the Chevrolet Citation right up to the bitter end. Why?

The answer is simple. The Accord was “Jap crap” and the Citation was a decent American car, built by good old General Motors. It seems hard to believe today, but thirty years ago people actually gave a damn about their neighbor having a job, and they really gave a damn about purchasing an American-made product. To the average American of the year 1981, today’s consumerbots and their blithe willingness to pay thousands of dollars for products made in China would be all but incomprehensible. Of course, we have a different lens to look through than they do. China is cheap and (perhaps with a small application of third party inspection services for quality control) capable of producing quality products. America can barely compete with that quality at that price, just as General Motors had to deal with the growing rise of imports like Toyota. The main defense for American products nowadays is that overseas ones are made by people earning a dollar an hour and killing themselves to avoid going back to work. All in all, the idea of buying foreign was lothed by the avarage American in the 80’s. Therefore, they bought Citations over Accords, even though they were risking their lives by doing so. Risking your life to guarantee your neighbor a job, even if your “neighbor” was hundreds or thousands of miles away! Hard to believe, eh?

General Motors had a lot of goodwill with people back then, but in the years that followed they cheerfully burned it all to the ground. By the year 2000, the GM badge was synonymous with “crap” for most Americans. Too many bad products, too much corporate indifference, not enough quality. The reasons are too numerous to detail here.

The Citation buyer of 1980 probably didn’t think of himself as a “Citation man”. He would have described himself as a former Marine, a union laborer, an economics professor, or a dancer for the Chippendales. Again, it’s hard to believe, but people in this country used to identify themselves primarily on career, family affiliation, or community standing. The past thirty years have seen many of the concepts regarding “community”, family, and career utterly implode in the United States and elsewhere. (The book Bowling Alone was an early discussion of this change.) We’re now “product people”. The average twentysomething is likely to be more passionate about his membership in E46fanatics.com or NAGTROC than he would be about his status as an American or a “cube monkey”, and he will tell you that he is an Apple owner before he tells you that he is a Christian or an agnostic.

This change from community to product affiliation has had some interesting effects on how we view people who purchase products different from our own choices. I’d like to excerpt a few passages from a recent Boston Globe article about the Prius. Some are from the author, others are from the commenters on the online edition. It may not be immediately apparent which is which:

“Prius, the brilliantly engineered hybrid that created a popular car category the dunderheads in Detroit are still trying to match.”

“(GM is)… a company that paid workers (lavishly) not to work, and cranked out gas-guzzling SUVs while the planet was on fire”

“Detroit?s also-ran car companies are fanning the anti-Toyota flames in the media”

“I bought a Prius not only because it’s a hybrid car but a car made in Japan… If Toyota decides to make Prius in the US, I think my next car will be either Honda Insight or Nissan Leaf.”

Of those five comments, the first four were actually part of the Globe article. Note the venom, the personal anger, but also note that these rather personal and angry comments were published by a paper of record in the United States. The author is a Prius owner, but he doesn’t talk about the virtues of the Prius. Rather, he talks about how horrible Toyota’s “enemies” are. A quick wallow through Internet commentary by Toyota owners shows that the talking points of Toyota ownership are reducible to just two, summarized below:

Ownership of a Toyota isn’t just a choice to buy a relatively cheap and usually reliable automobile; it’s a salvo in the Kulturkampf, that great culture war that has come to define American politics and life. Honda and Nissan owners tend to talk about how great their cars are, but Toyota owners tend to talk about how lousy American cars are. They are buying the cars not because of what they are, but because of what they are not.

And thus we see why it simply doesn’t matter how many people are killed by unintended acceleration, real or imagined. It doesn’t matter how many Tundras rust out, how many Tacomas break in half, how many MR2s ingest their intake manifolds and blow up, or how many $75,000 Lexus sedans either stall for no reason or adjust their steering wheels ninety degrees out of whack during an auto-parking maneuver. Speaking personally, I think the average Toyota is a reliable car, at least as reliable as the equivalent Ford or Honda, but that’s irrelevant. Once passion and hatred enter the equation, nothing else matters but those emotions.

For many Toyota buyers, coming back to the domestic fold, or even choosing an alternative Japanese car, would be an admission of personal defeat. The Citation buyer in 1982 wanted to support America; the Camry buyer in 2010 needs to support his own ego, his own choices, his own self-image. I’m willing to bet that many of the episodes of unintended acceleration in Toyotas are never reported, for the same reason that new iPad owners can become rather angry when you question their purchase.

It’s all quite laughable, actually. I feel very superior to Toyota owners, primarily because I’m a Porsche owner. Now, if you’ll excuse me, I’m off to sacrifice a fatted calf to the ghost of Ferdinand Porsche in hopes that my Boxster doesn’t lunch its engine at Monday’s track event…