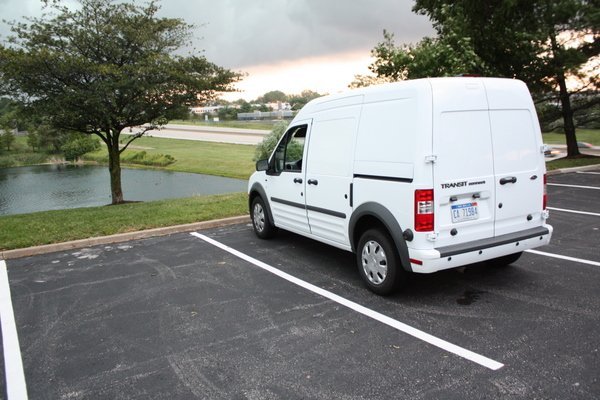 J. BARUTH: Ford made one major mistake with the Transit Connect: not bringing it here five years ago. As a small businessman myself, and someone who has worked a ton of lousy delivery jobs, I would suggest that the Transit Connect could replace perhaps half of the full-size vans in service today. There is a wide variety of vans on the market currently. A popular choice now is to lease a van. There are many options to do this now, including through someone like intelligentvanleasing.com. This might be a good starting point in your search for a new van.

I used the Transit Connect for two major jobs. Job 1 was transporting myself, thirteen guitars, one amplifier, and a stacked set of air mattresses to the “ElectraFest” in St. Louis. ElectraFest is a private meeting of vintage Japanese guitar enthusiasts. (The guitars are Japanese and vintage, while the attendees are merely vintage.) Over the course of a thousand miles, the TC was fast enough, quite economical, quiet, and pleasant to drive. Job 2 was taking twenty 18″ Porsche wheel/tire combos from my garage to our race shop; click the jump to see how they fit. 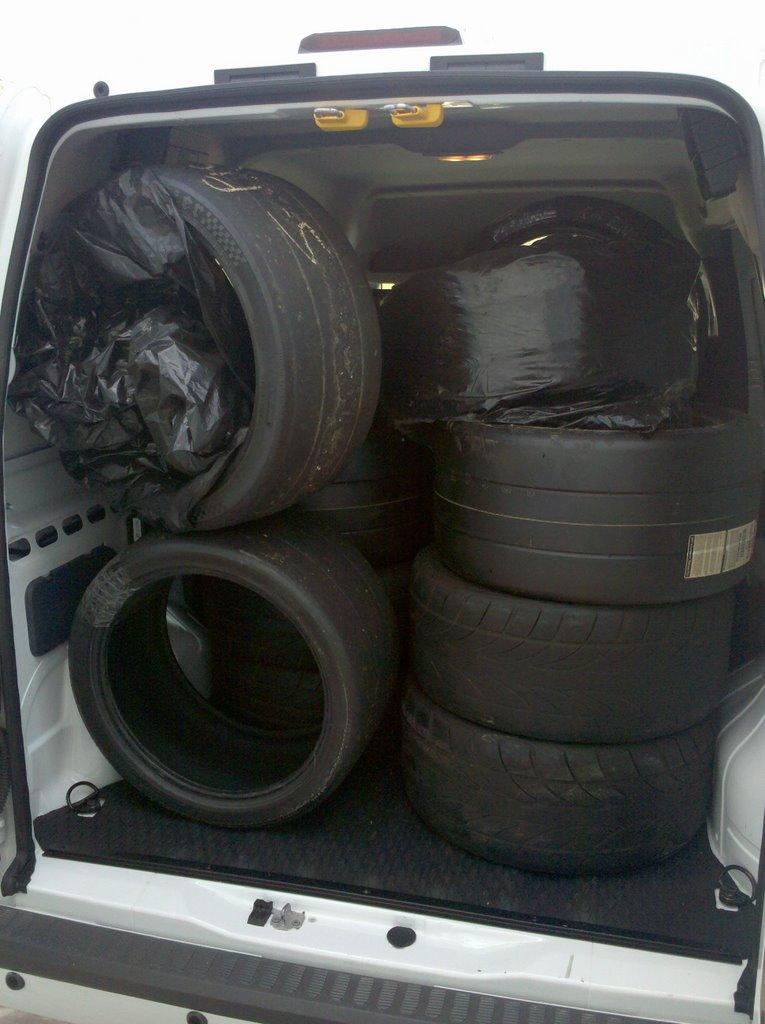 Easy as pie. The Transit Connect is a club racer’s dream… or it would be, if it could tow. Towing even an open trailer and Spec Miata with this trucklet would be a tail-wags-the-dog situation. To be fair, Sprinters aren’t exactly great for towing either. It takes an old-school van like the E-150 to tow safely, and frankly that’s still a compromise, as modern pickup trucks are far better at towing. However, with the right towing leads the van can do just as much work.

Those of us who don’t tow for work will find the TC does pretty much everything else you could ask for. There’s a solid six feet of open space behind the driver’s seat with plenty of vertical roof to stand and work. The “Ford Work Solutions” head unit works with an antenna system, a Bluetooth keyboard, and RFID chips to make sure you leave the jobsite with all your tools. During ElectraFest, a few musicians noted that it would be quite the ticket for working bands as well; load everything up and you’ll never leave without a drum or microphone again.

On the open road, the little Ford easily runs 80mph in relatively quiet fashion. The four-speed automatic transmission is a bit antiquated, and it reaches for third at the slightest hint of an uphill, but it feels durable and it accepts the kind of back-and-forth shifts you’ll make near a loading dock or cramped parking area without complaint .The turning circle is very small and this is, in general, an easy vehicle to manuever.

Another group of people who would like this van: cyclists. The Transit Connect can be outfitted as a wagon with glass in the doors and a three-person rear bench. You could take a team of riders to an event and have a place to work on the bikes in relative quiet and shelter. During my years as a pro BMX rider, I’d have killed for something like this. When it comes to uses for pastimes, it is also among the top choices for a stealth camper. If you’re somebody that likes to go road tripping a lot, this might be the one for you. You can see the other vans that are often used as stealth campers from the likes of campingfunzone.com.

From the nose of the truck, which requires the use of a key to open the hood, to the back, where magnets and bumpers allow the rear doors to be safely swung all the way ’round even if the sliding side doors are open, this is clearly a vehicle which has had a lot of painstaking thought put into it. You can see how Ford planned for the way the Connect will be used; it’s very well-suited for urban delivery. The cargo doors stay locked by default and require deliberate effort to unlock with the remote. The rear load area is easy to clean. The electronic components of the Ford Work System are protected from accidental bumping. This truck was meant to work, and it’s useful in a way that panel-van versions of, say, the Chevy HHR simply can’t touch.

Although the Transit Connect is based on the original “C170” Focus and could theoretically be assembled in Wayne, MI along with our market’s second-generation C170 Focus variant, Ford has chosen to bring the TC over from Turkey. This is likely an indicator that they don’t expect major volume from this generation of the vehicle.

In practice, there are only two factors preventing the Transit Connect from utterly dominating the workplace. The first has to do with the bigger-is-better, pickup-oriented mentality of American businesses. This vehicle is far better-suited for real daily business needs than, say, an F-150, but many people are likely to take the extra capacity of a larger truck “just in case”.

The second factor facing the Transit Connect is price. Our well-equipped truck was $23,600; the base van is $21K. This is about $2000 beyond the HHR Panel — money well spent for most buyers — but it’s also just $4000 shy of the base E-150. In reality, the Transit Connect may find itself competing with slightly-used E-150s in the marketplace. The longevity, durability, and value retention of the bigger van is well-proven in this market; against that, Ford can only point to task focus and superior fuel economy.

With that said, it’s difficult not to imagine most Transit Connect buyers being very satisfied with their purchase. If Ford decides to abandon the traditional E-150 and bring in the Sprinter-style full-size Transit in the future, this Connect should create a positive association with the Transit brand for businessmen in this country.