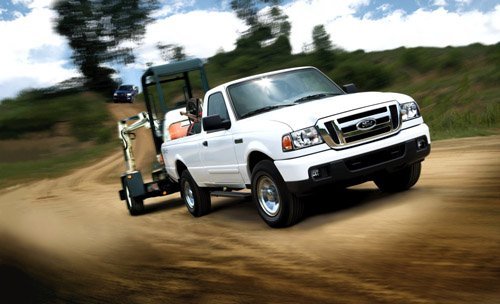 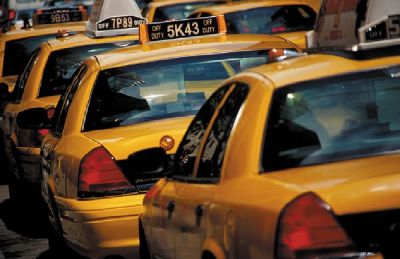 Let me begin with a clear-cut indictment of my friends at Ford: To let the Panther-platform cars and the Ranger go more than a decade without major updates was negligence on an almost-criminal scale. When I look at the money Ford has thrown away in the past ten years, it makes me shudder. The Volvo misadventure alone has cost the company enough money to create brand-new entries in both the full-size RWD and compact-pickup segments from the ground up. It’s a disgrace, it’s ridiculous, and it’s indefensible.

It’s also unchangeable history. We can’t fire up the time machine and go get four billion dollars back for a new Ranger or a world-beating new Town Car. Nor is the money available now for major revisions on either platform. The Panthers are CAFE nightmares and will only have an even worse impact as the CAFE requirements head upwards. The Ranger, like most compact pickups, sells best in super-cheap, low-profit fleet trim; a billion-dollar refresh would take perhaps five years to recoup.

So there cannot be new Panthers or Rangers. Why not let the old ones keep selling? It’s an idea that makes perfect business sense. The tooling is long since paid for with both. The men and women working in the plants need the hours. Perhaps most importantly, the 180,000 or so sales a year represented by these vehicles will go to competitor products and sustain those companies in years to come. Don’t you think Toyota, and its dealers, count the days until Ranger production comes to an end? What about Chrysler, whose fleet sales personnel simply cannot wait until the Charger is the only “heavy-duty” cop car out there? Why throw a lifeline to the competition?

The answer is branding. The Ranger and Panther-platform cars are solid, hardworking, dependable vehicles loved by hundreds of thousands of people. They are also scandalously out of date, ancient-looking, and far behind modern standards of interior quality, NVH, and feature count. When people are exposed to these Ford products, it reinforces the incorrect assumption that Fords aren’t as snazzy as the Japanese competition. If you’re a Manhattan-dweller whose only exposure to vehicles comes through cab rides, what do you suppose your “Ford experience” is compared to the “Toyota experience” you have in a Highlander Hybrid? What are you telling your friends and family?

What about the working man who drives a Ranger on the job? Is he likely to investigate a Taurus for his next family car, or will he assume that all Fords drive like flexy old trucks? If the Ranger is outselling the Taurus and Flex combined, what is that doing to Ford’s efforts to “get the word” out to buyers? When those buyers drive past a dealership and see row after row of white-painted time-warp vehicles from the late Nineties, what does that do to their desire to stop and investigate the Ford story?

This wasn’t a problem back when one out of every four cars sold in this country carried the Blue Oval. People understood that working Fords might be different from “fancy” Fords. No longer. There are too many brands out there, too many competing vehicles, too little space available in the consumer’s mind. It’s time for One Ford, and everybody needs to start marching in the right direction. Every new Ford the consumer sees needs to have SYNC, every new Ford needs to have the modern styling language, every new Ford needs to exude freshness and fast-forward thinking. Every Grand Marquis the company sells now could be costing it two Lincoln MKS sales in the future. It’s sad, but it’s the way things are. Time to give the old cars the chop, regardless of profitability, regardless of value, regardless of virtue.

Or is it? These are all still vehicles which are highly competitive in their class. As my friend Mark said today as we left the junkyard, “The success of the Ranger is a damning indictment of the Colorado and Tacoma”. He’s right. The Ranger still offers a solid alternative. Same for the Crown Vic. Where else are you going to get a full-frame police car or taxi? The people who use those vehicles don’t like the alternatives, and they are letting everybody know it. When the Crown Victoria ceases production, you can bet that a lot of fleet operators will feel abandoned. Even the Town Car fills a niche that nobody else can — that of long-life airport limo, professional car, city transportation. Imagine you’re a professional driver in Manhattan, shuttling stockbrokers across the island and relying on your car’s reliability to feed your family. Knowing that the big Lincoln can run for 300,000 miles or more, are you going to be particularly enthusiastic about switching over to a Cadillac DTS with its failure-prone Northstar? How about a Lexus LS, which costs half again as much to buy and far, far more to maintain?

There are still buyers, and where there are buyers there have to be sellers. The Ford and Lincoln brand can’t afford to be affiliated with these vehicles, but that doesn’t meant there isn’t a branding answer. Why not fold these well-loved vehicles into a single, commercially-focused brand? It would be dirt-cheap to swap badges. Finding dealers would be no problem: there are a lot of dealers who would like to add high-volume nameplates to their lineup. To sweeten the pot, Ford could also thrown in the E-Series van, which is just as obsolete, and just as useful, as the others. This would free them up to offer the Euro-market Transit (not the Connect, but the full-size Sprinter lookalike) through the Ford dealers at a higher price.

Everybody wins. The factories keep humming, the fleet buyers are happy, the competitors are still starving. There’s only one question left. What do you call the damn things? The “Sterling” nameplate could work, and I’m sure it’s for sale since Daimler-Benz is no longer interested in branding vehicles as Sterling. I also like “Liberator”, in reference to the B-24 bomber built by Ford during World War II.

There is an even cheaper option, however. Ford owns a decent brand, well-regarded, with plenty of consumer presence and “Q” value, and they are about to find themselves with no use for it. This could work! Ladies and gentlemen, I present to you… the 2012 Mercury Ranger!