Why is that last bit important? Well, quite simply, the Phaeton’s identity here was based on it being a complete fish out of water. But it was something else, too. It was—in a sad, sickening sort of way—emblematic of Volkswagen’s utter incompetence with regard to the U.S. market.

Here they had a car which represented some of the finest luxury features new money could buy, and yet it sat humbly (and comfortably) beside cars that didn’t cost a fifth as much, never for once appearing to be out of place. It was in that regard (even if none other), fundamentally Volkswagen. You just couldn’t get it for a fundamentally Volkswagen price, and therein lay the rub. For the same long decade that VW of America sold that miserable MkIII Cabrio, they had been laying the groundwork for a fundamental shift for the brand—a true move upmarket—and here was its most obvious harbinger.

I need not bore you with the details as I’m sure you’re already familiar with them, but the long and short of it was this: Volkswagen fans were in awe of it. Journalists praised its substance but panned its lack of superficial splendor. And consumers? Well, they didn’t really have an opinion one way or the other. Almost nobody bought it. Even fewer were repeat customers, and who could blame them? Volkswagen dealers were in the business of servicing middle-aged Apple geeks and the odd child of a BMW or Mercedes-Benz owner, not true luxury buyers. 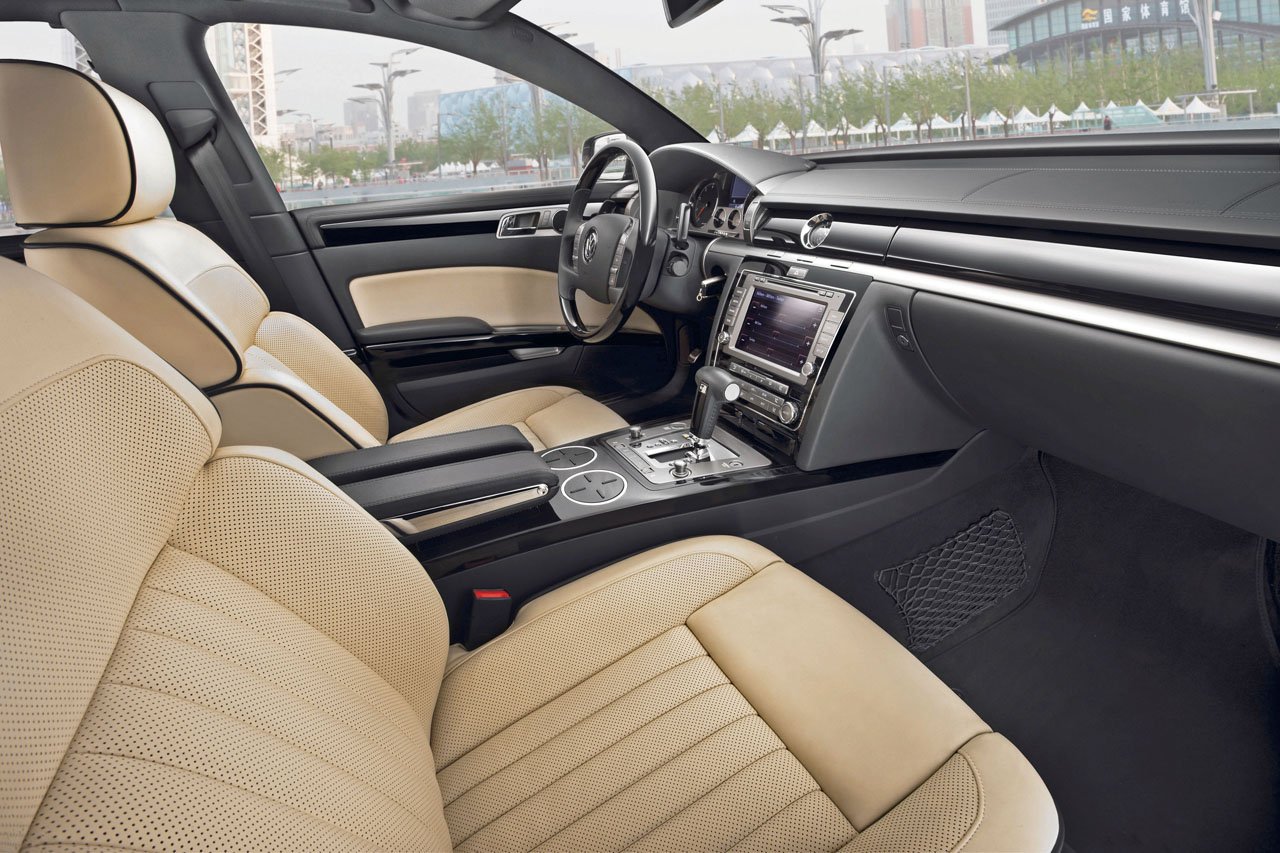 Interior of the refreshed 2011 Phaeton. Not much changed, but then it didn't really need to.

Today, most of the buying public is entirely unaware of its existence. Why shouldn’t they be? Eighty percent of us can’t afford one, and the remaining 20 barely looked up from their BMW, Lexus or Mercedes lease agreements long enough to care. For better or worse though (and it was undoubtedly the latter; the Phaeton lasted a mere three years here), that is the Volkswagen Phaeton as we Americans know it—a fantastic car backed by a thoroughly unremarkable effort.

And if Volkswagen brings the Phaeton back to the U.S., it will happen again. Why? Well, this is Speed:Sport:Life, so the answer is (of course) branding. “Phaeton” is more than just letters on a trunklid (and if you don’t agree, the “Taurus II” anecdote is just for you). It’s an international brand which, unfortunately, has a history of failure in the States. And because of that failure, Volkswagen can’t win with “Phaeton.” Why? Because we’re unreasonable—all of us. I’ll come back to that. For now, let’s talk strategy. There are many ways to relaunch a car, but when it comes to Phaeton 2.0, there are essentially only three paths to take.

The first is the most obvious: Just bring it back. Same car. Same options. Sure, maybe you throw in a diesel or V6 model to fill the gap between the loaded CC ($40k range) and the base V8 model, but for all intents and purposes, you do nothing different. Obviously, the greatest risk (and likeliest outcome) is that it drops with the same grace and poise as the previous model. That is to say, much like a loaded dump truck exiting a narrow mountain road by way of the guardrail. And on top of that, those of us with a podium from which to preach will slam Volkswagen for taking the Insanity-for-Dummies approach and making the same exact mistake twice. Result: Loss.

The second option is to give the U.S. its own Phaeton, independent of the next generation model that will likely be introduced in ROW markets sometime in the next year or two (the current formula works overseas, so why change it?), and price it as an Avalon/Maxima/300C/Taurus competitor. Sure, it’ll still be called a Phaeton, but it won’t actually be a Phaeton (and believe me, the automotive media will never get tired of recycling that particular point). It will forever be the Phauxton, scorned by critics as the watered-down, built-for-fat-people variant that will never live up to its European namesake. Result: Again, a loss.

And then there’s option three. In this scenario, they don’t bring back a Phaeton at all. Instead, they follow every step outlined in option two, but call it something else (there are plenty of trade winds and barbaric tribes left, right?). This allows them to bring a range-topping model to market that fits the new face of their U.S. lineup. Will it be compared to the Phaeton? Of course. Even Hyundai’s Genesis Sedan was likened to VW’s failed flagship, but as Hyundai has demonstrated, America will buy into a luxury car from a decidedly non-luxury brand as long as it doesn’t take the formula too far outside of their comfort zone. The Genesis isn’t a complete, runaway hit, but it sells well enough to be viable, and at a price that doesn’t bring with it certain expectations that the Hyundai dealer network can’t meet (whether that will hold true with the Equus remains to be seen). But at least this option has potential.

Now, if some of the assertions above seem a bit over-the-top, it’s intentional. As I said, we’re unreasonable—journalists, consumers, Internet fanboys, however “we” are defined in your particular context. We are, as a whole, devoid of logic when it comes to the issue of branding. Our expectations are so arbitrary that it is virtually impossible for manufacturers to meet them. This really shouldn’t be news to you at this point. If you’re the type to write a 1,200-word essay demanding a $25,000, all-wheel drive GTI that pushes 350hp, weighs 2700lbs and rides like an S-Class, then consider this your wake-up call, or at the very least your cue to leave.

But whether we are reasonable or not, Volkswagen faces a real danger in bringing back a nameplate that was considered by many to be a new benchmark for sub-$100k luxury. This potential relaunch is a fundamental exercise in managing expectations. By bringing back the Phaeton, even if in name only, they’ve already set themselves up on the losing side of the expectations game. And given their performance over the last two decades, the last thing VoA needs to do is come out of the gate having stacked their own deck against them. The Phaeton symbolized VW’s struggles before. Why go down that road again? 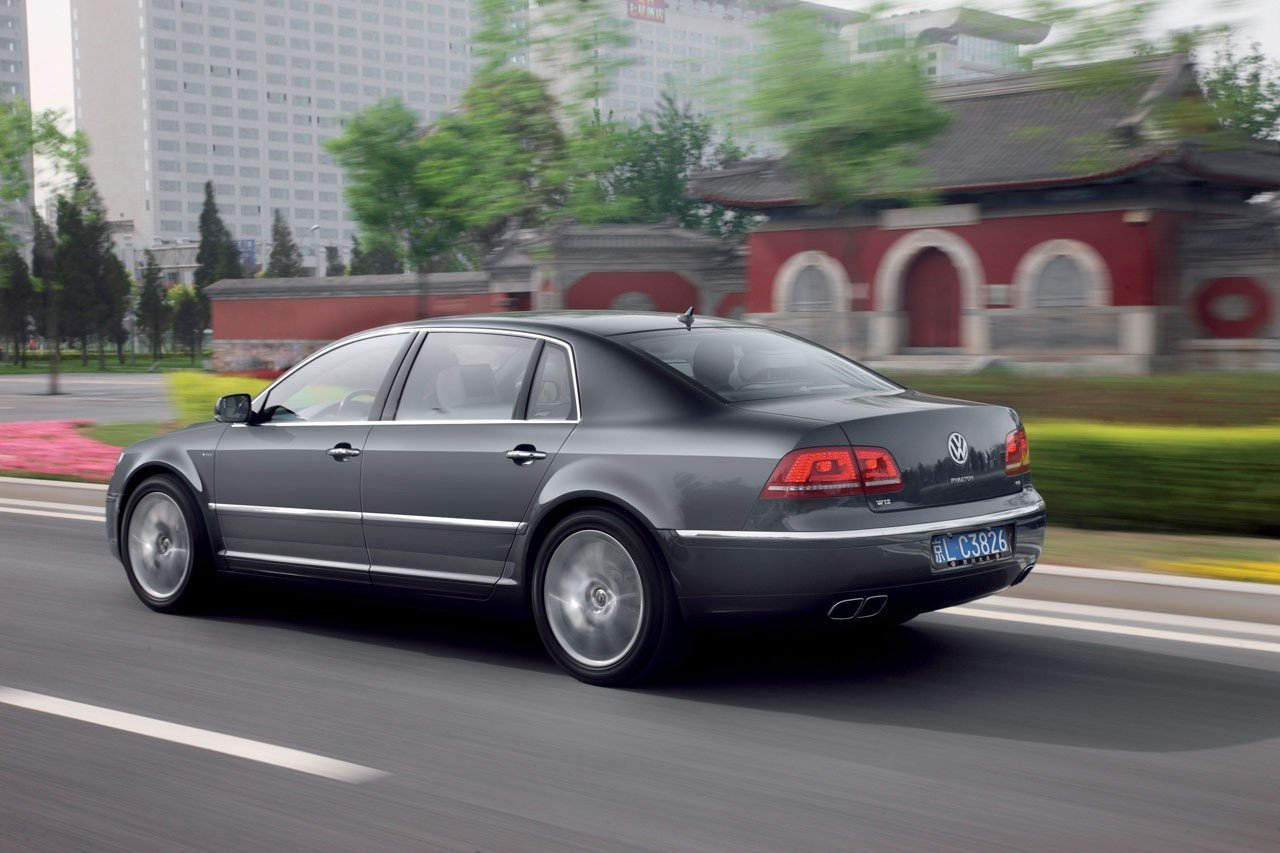