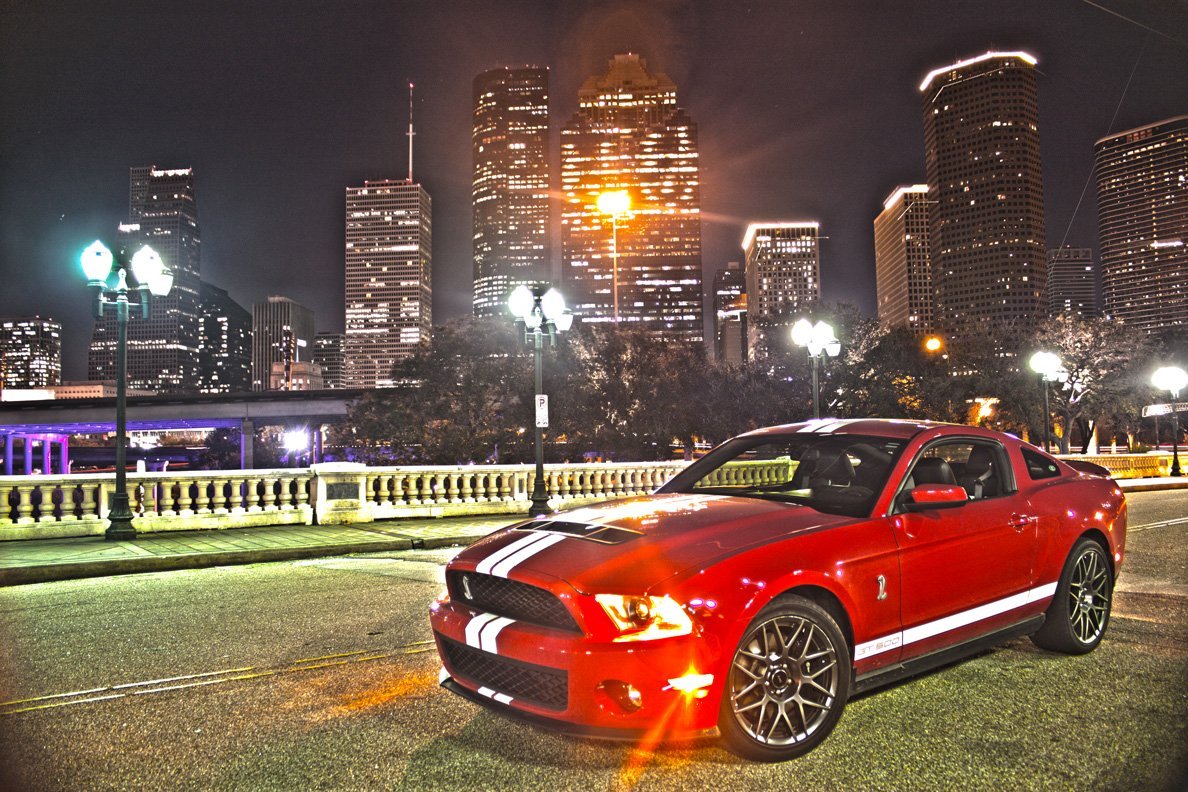 When I was about 12 years old I had a couple of neighborly brothers who used to tinker with the most ludicrous little contraptions. From their shed placed in the back yard of their home I witnessed many marvelous inventions come to life, including a 600cc ATV-engine powered go-kart, a backwoods tree-destorying Ford LTD with full bush bars, and a three-wheeled ATV that had seen more abuse than Whitney Houston. Sure, these toys were interesting, hillbilly gas burners meant to either get you in a lot of trouble or a lot of hurt, but it was what was in their driveway that mesmerized me for years.

Being 12 years old you tend to fixate on certain cars in your neighborhood. For me it was a two-tone green and silver 1992 Ford Mustang 5.0 Coupe. Other than aftermarket American Racing wheels and a rumbling exhaust, it wasn’t even particularly interesting by today’s standards. But, hearing the thumpity-thump of the 302 cubic inch Windsor V8 being smashed through the gears was an audible symphony at the time. I never did to get to ride in the car, though I still wish I had to this day. 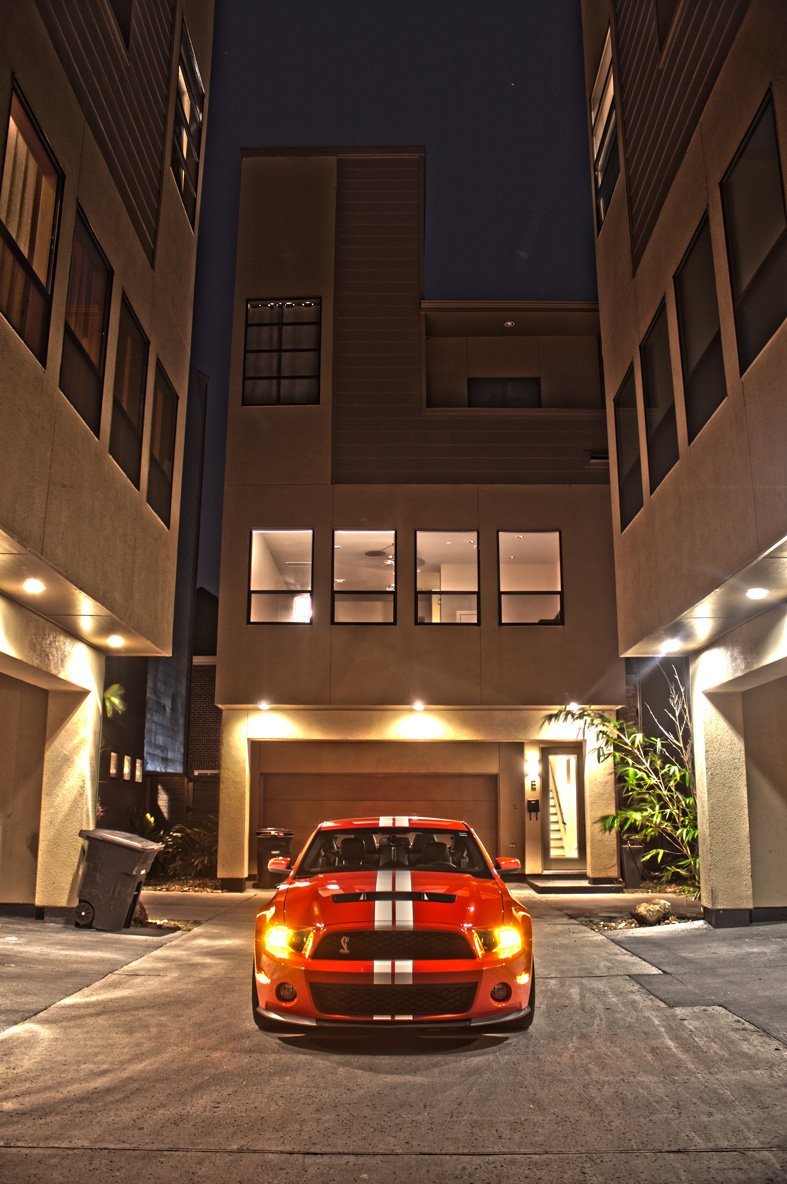 Five years later, the same Mustang clad in the exact same wheels as I had first seen it was for sale for $5000. Coming on in age, the clear coat was peeling, the exhaust starting to sound rough and rattly, and the interior showing the bolsters had been put to use on more than one occasion. I passed on buying it knowing that it’s days were numbered due to long-term neglect.

So, when a red 2011 Shelby GT500 showed up in my driveway, it was a throwback to my childhood. The GT500 is way more car than the old 5.0 that I grew up around. But, at least I could pretend that it was the old ‘Stang that had tickled my ear drums years before.

Being aluminum instead of iron also helped Ford trim the fat from the engine by an amazing 102 lbs and also improved fuel economy enough to exempt the Shelby from gas guzzler taxes. Ratings put fuel economy at 15 mpg city/23 mpg highway. But, with that much power on tap and many chances to exploit it, we got a real world number closer to 12 mpg. 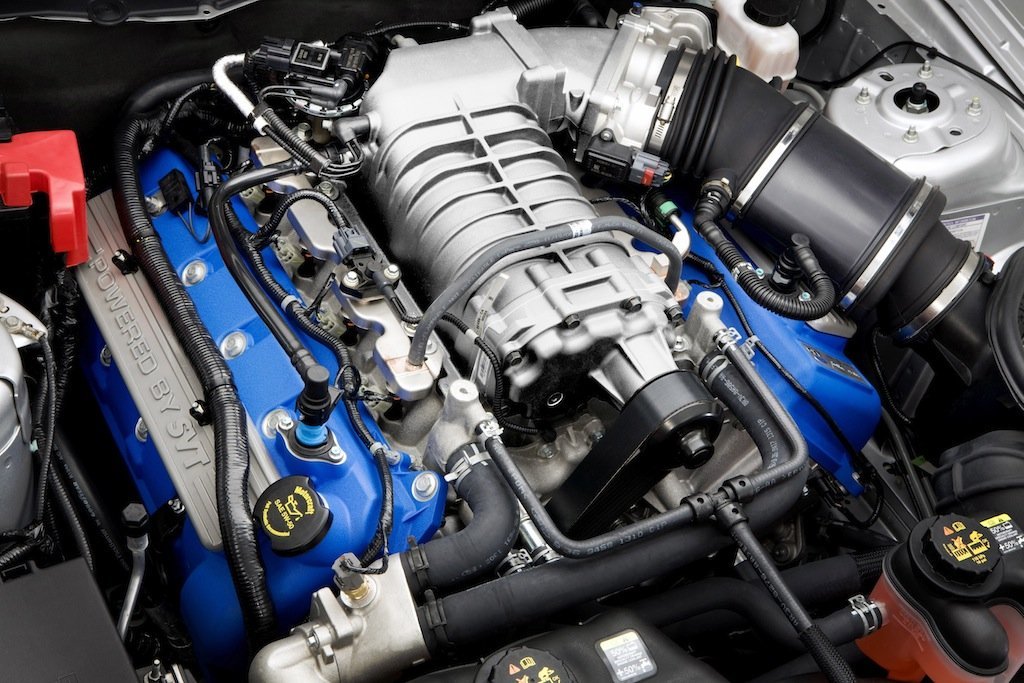 Acceleration is amazing with the supercharged V8 able to make peak torque at fairly low RPMs. Even with Ford’s AdvanceTrac electronic stability control nannying the 3.73 LSD, the Mustang slides just enough to make your heart skip a beat without getting you into trouble. Standard 14 inch front discs by Brembo and 11.8 in rear discs slow the Shelby down quickly when the radar detector starts beeping at you while the SVT tuned suspension and Goodyear Eagle F1 SuperCar G:2 P265/40ZR19 front, P285/35ZR20 rear tires, part of the optional SVT Performance Package, make sure you stay glued to the road or track.

To say the Shelby is just a Mustang with a big, supercharged motor plunked into the engine bay couldn’t be further from the truth. In reality, many of the body bits are specific to the GT500, including the Gurney Flap decklid rear spoiler and mesh grille. Optional 19 inch front, 20 inch rear painted aluminum wheels are exclusive to the SVT Performance Package, while 19-inch wheels are available all around as standard.

Other details include the cueball shift knob (which is actually very comfortable to shift) along with Shelby and GT500 branding inside and outside the car. The Shelby definitely looks the part of ‘roided up pony car. 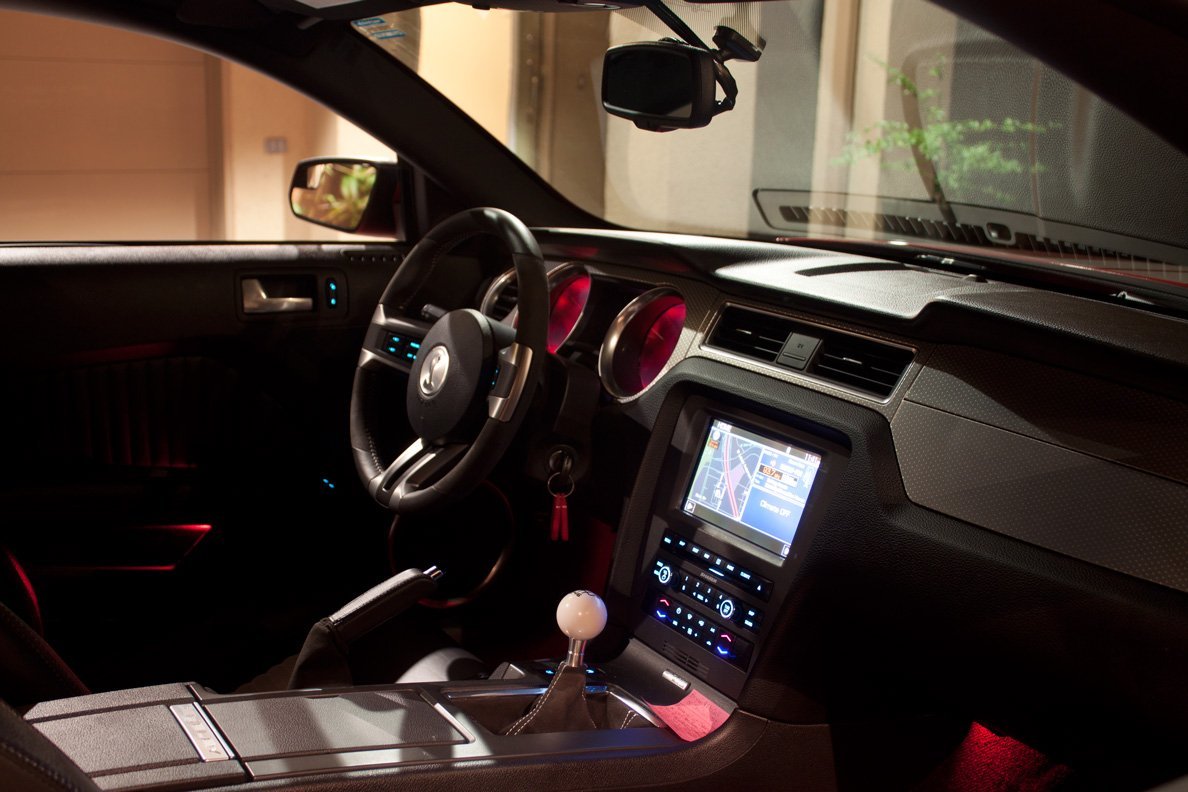 Inside the cabin is comfortable, ready for hard track days or long stretches of highway. Controls are standard Ford fare…which is no longer a bad thing. Everything is well laid out and very easy to use. The included Sync system with navigation is also incredibly predictable and well designed. 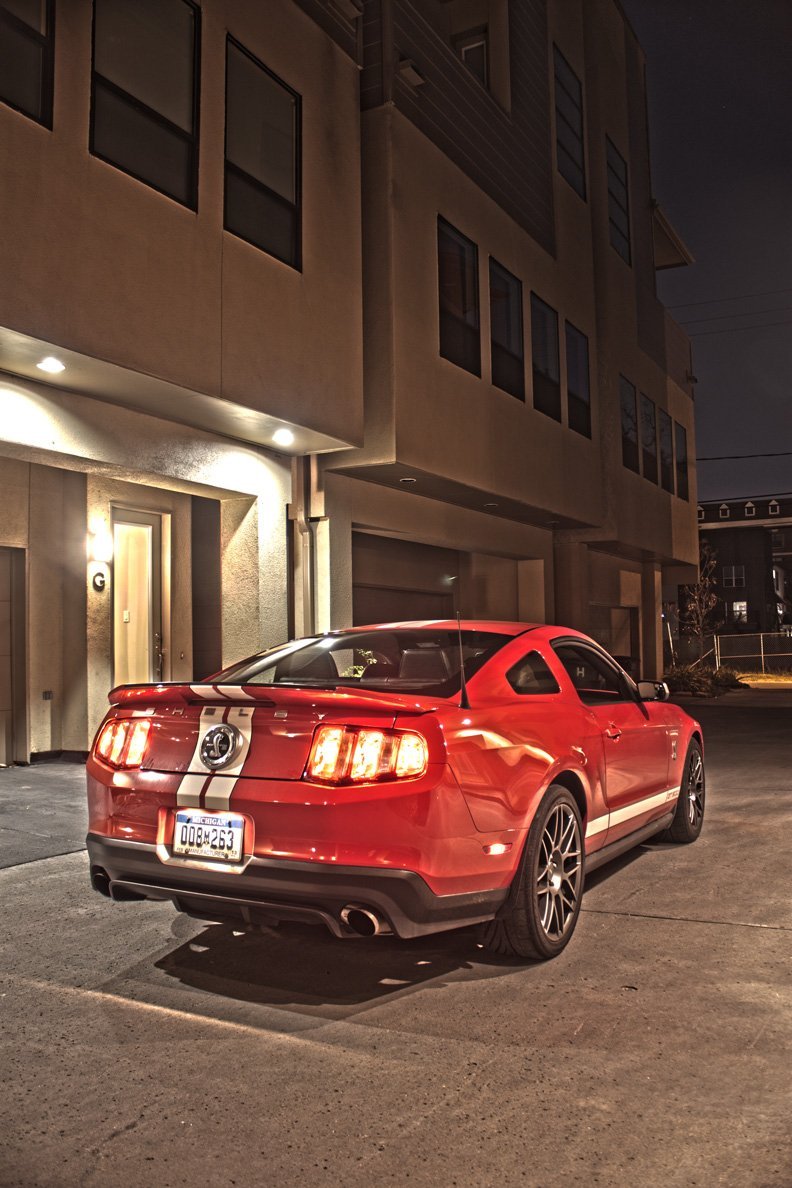 The level of NVH (noise, vibration, and harshness) has also been reduced since MY 2010. However, that does not reduce the amount you hear from the engine, with the rumble easily making it to the driver’s ear and causing him or her to squeeze the accelerator pedal just that little bit more. If you have the windows down you will be blessed with even more auditory delights as you prowl the streets looking for your next snake bite victim.

Its not a sports car. Its a Grand Tourer. And that’s a good thing.

Sports cars are harsh, unforgiving, performance focused vehicles that usually leave the driver and passengers with lots to be desired in the comfort department. The GT500 leaves you wanting for nothing as the plush yet supportive seats cuddle you like a cloud cuddles angels. The SVT suspension does it’s job without being overly harsh or jarring. And the entertainment system and Sirius Travel Link gives you all the information you need, including traffic and weather forecasts, for any long or short hauls (unfortunately, it won’t tell you what is around turn 2 at your next track day).

If you are looking for a comfortable high performer without shelling out six-figures chances are the GT500 is something that will be of interest to you.