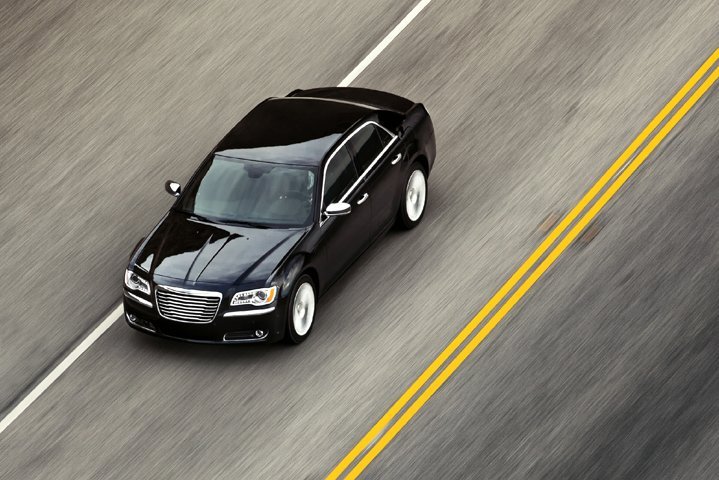 I’m looking out the passenger window, taking in the beautiful Southern California landscape. It’s going by rather quickly, as it happens, but that’s not unusual for today.

We’re on an arrow-straight stretch of desert mountain road, climbing toward the next of what feel like endless rocky peaks. The last car we saw was an overburdened Civic, and we weren’t with them long. Everything’s brown and rocky; abrupt, but beautiful, at least in the eyes of a man who spent a good bit of his life in the desert southwest. I nod absently at his latest update.

We’re getting a bit short on straight road and the upcoming crest is obscuring my view of the scenery. My attention shifts back to the car and the journey at hand. We have a driver change coming up, then a lunch stop in–wait, what was that last bit he said?

“One hundred and tweennnnntyyy… that’s the limiter.”

I shrug slightly, taking in the sensation. Feels like seventy, I think, giving a half-nod of approval. “Not bad.”

Everywhere we’ve turned this show season, Chrysler has been reminding us that the 2005 300 was the most-awarded new car ever. That’s a lofty claim, but one I don’t have much trouble believing. Its Art Deco-inspired exterior just oozed attitude and presence. The 300 was distinctly American–distinctly Chrysler. It was as if somebody had bolted running gear and a pair of headlights to the Manhattan skyscraper and rolled it onto the show floor. It was stunning. And it didn’t hurt that it was a decent place to be. Sure, the base V6 was rather uninspiring and the interior was ready for a refresh from the get-go, but it was still a pleasant cruiser. The “C” and SRT-8 variants were particularly delicious when hustled down a freeway.

But that was nearly six years ago.

Since then, Chrysler has been through two significant corporate crises, significant restructuring and a complete reboot of executive management. Daimler is out. Cerebrus is out. Fiat is in. And it’s clearly for the better.

When introducing the 300 and 200 Convertible, Chrysler Brand President and CEO Olivier Francois started off by reminding the assembled journalists that these two cars represented the final two pieces of the 2011 refresh puzzle. As of that moment, every car in the Chrysler Group portfolio was either all-new or significantly revised. That’s impressive in and of itself, but it’s even more remarkable when you consider that they unveiled every one of these revised vehicles in the space of a year, from Detroit 2010 to Detroit 2011. Every. Car. 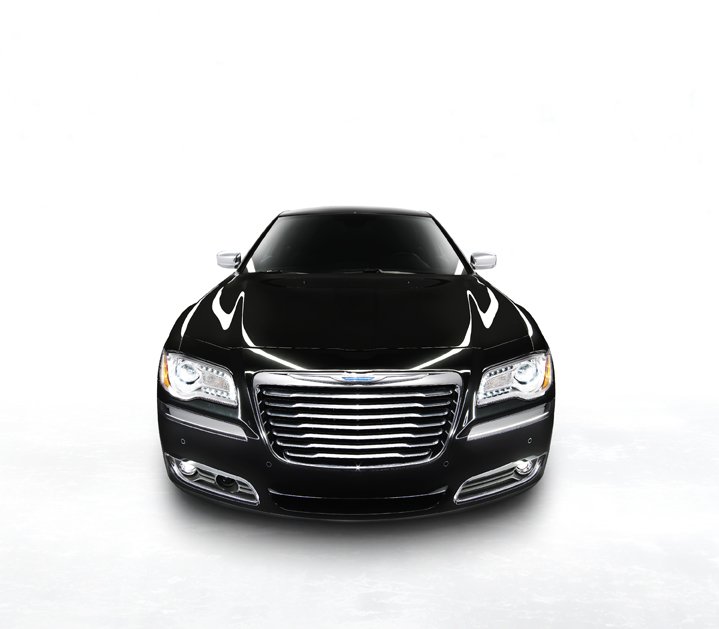 And since they covered the 200 Convertible first, they even saved the best for last. Five minutes with the new 300 will make you forget that the first generation car even existed. This, right here, is the 300 that Chrysler should have built from day one. The exterior attitude is an evolution of the bravado of its predecessor, continuing the upright grille and high belt line, but with a more aggressively-raked windshield and body lines that appear as though they were set when the designers simply took the first-gen car and sanded down all of the sharper edges. Forget the pre-show pictures that were leaked. They don’t do the car justice from any angle. It’s still distinctly a 300; Chrysler made sure of that.

But step inside, and you’re in a completely different world. I can count on one finger the obvious carry-over from the first gen car–the shift gate for the ancient (and soon to be replaced) five-speed automatic transmission. Everything else is new–the dash, the navigation system, the seats, the wheel, the cluster, the entertainment and HVAC switches, every single surface. You name it, it has been improved. Gone are the barely-grey, shoddily-fitted interior plastics and obvious plasti-chrome trim. In their place, you’ll find jet-black, soft-touch plastics in the lower trims, and real wood and leather in the upper end. Options like a hand-sanded wood steering wheel and four-way front seat back lumbar adjustment–stuff that wouldn’t be found within a mile of the previous 300–now dot the available features list.  This is a car that went from having a borderline-taxi-spec interior (Even in the $40k + C and SRT models) to being a genuine LaCrosse/TL/MKS competitor practically overnight. 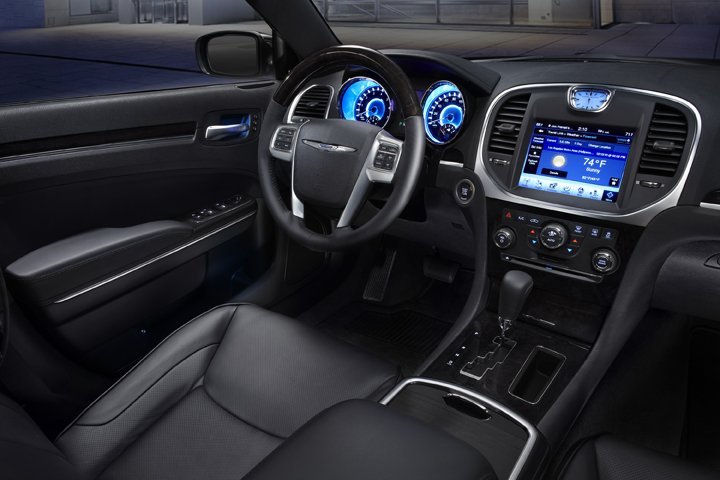 Downsides? There are a few. The aforementioned transmission may be smooth, but it’s not as quick or crisp as most modern units. Until the new 8-Speed unit arrives, it will have to do.  As for the interior, well, it was a struggle to find something I didn’t like, but I suppose the memory buttons for the seat/wheel position on the door look slightly out of place.

In addition, the chassis hasn’t shed any weight in the revamp, so a loaded-up 300C is still a 4,000lb proposition. Even so, the car is surprisingly agile and transitions predictably between neutral, understeer and oversteer. Overcook it into a hairpin and the front end washes wide; lift slightly and the tail end comes around. The tires tell you what’s coming and the chassis keeps you apprised of every change until you’re back pointing the direction you had intended before things went sour. There’s a noticeable difference in tactile feedback between the 18″ and 20″ wheel options, the latter being far more communicative, but it’ll be up to the buyer to decide whether isolation or information is more important.

For the time being, only two engines have been announced to shove that 4,000lb chassis down the road, the 5.7L Hemi V8, the veteran of the group, and the rookie 3.6L Pentastar V6. The former gets a slight adjustment in power for the new model, putting down 363 horsepower and 394 pound feet of twist. The latter brings to the table 292hp and 260lb-ft, and while it’s definitely not as authoritative as the Hemi, this is the first time the V6-powered 300 hasn’t felt dreadfully under-motivated. It was the Pentastar-equipped Limited model, not the V8-powered C, that took us to a cool, collected buck-twenty in the anecdote featured in the lead. It never even broke a sweat. And while we haven’t yet heard an official announcement regarding a SRT-8 variant, it’s safe to assume that a ~465-horse, 392-powered model isn’t too far away. Let’s hope, anyway. A car this satisfying deserves the treatment.

What I really can’t get over though is that despite building a significantly more convincing premium car, Chrysler hasn’t seen fit to bump the price up. The base 300 still starts around $27k, with the Limited following at $31k and the C model topping it off at $38k, so if you just bought a 2010 model anywhere near sticker, I apologize.