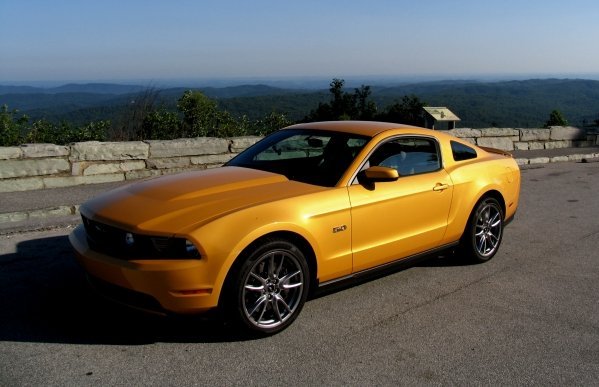 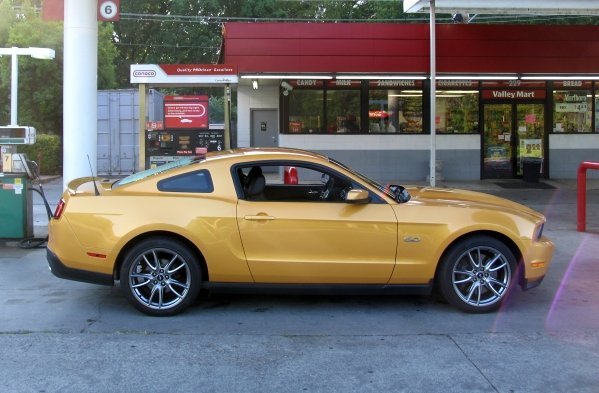 In a way, the muscle car can trace its lineage back to the mountain roads I’m driving today. At the confluence of the Georgia, Tennessee and North Carolina state lines, a mix of light population, rolling hills and valleys, and smooth pavement exists that easily rivals anything elsewhere in the USA. In the 1920s, moonshiners stripped weight out of their cars and added go-faster parts to better evade authorities and keep the South well-oiled with bathtub mint juleps. When Prohibition ended, locals transferred the skills learned on these roads to the track, and NASCAR was born. The horsepower wars took off as manufacturer-sponsored ‘stock’ cars entered the fray, and the rest is history. The ponies and Clydesdales we’re left with today (Camaro and Mustang in the former group; Charger, Challenger and 300C in the latter) are the U.S.’s last remaining carriers of the torch. 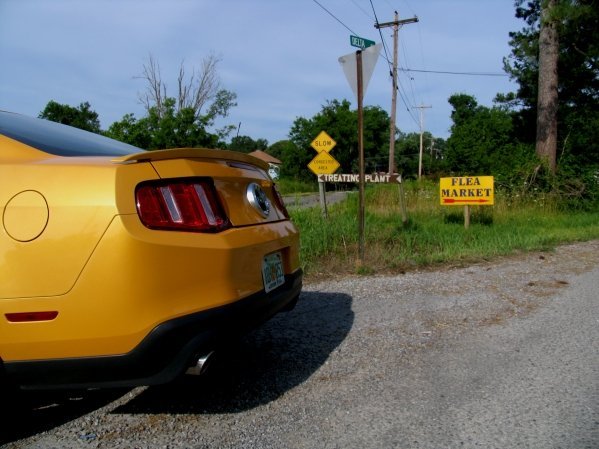 These stable mates have all strayed from their humble roots in one way or another over the years, but the GT is noteworthy for being the only one left with a V-8 out front, a manual gear shift between the seats (if so desired), and a live axle distributing power to the road. None of the other cars give the option of having all three together. And don’t even think about asking for flappy-paddles. Word on the street is that the Mustang loses the solid rear in its next iteration, spelling the end of the hallowed combination’s availability to this market, possibly for good. But nostalgia aside, it might not be that much of a loss. There are various ways the GT lets its graying roots show, and the live axle out back is chief among them. Ford’s engineers have done miraculous things with the current GT’s suspension setup, but the way the back end sidesteps over mid-corner ruts and expansion joints belies the car’s modern wrapper. The rest of the suspension components feel softened to make up for the live axle’s deficiencies- brake dive and acceleration squat are ever present despite the ‘sport suspension’ of this Brembo-package car. It’s not just the axle, though. The thoroughly fresh 5-0’s old school sound feels just a bit too piped-in, like the 1960s surf music at a Disney water park. The shifter and clutch still require man-sized efforts, and you can hear all the various driveline parts mesh and gnash as torque makes its way to the rear Pirellis. 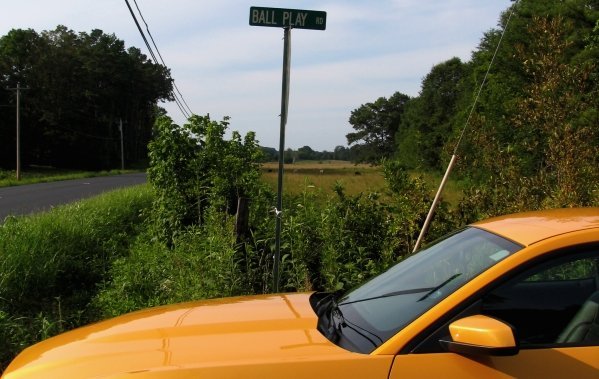 That’s not to say that Ford hasn’t advanced the Mustang leaps and bounds from the days of the Fox and SN95 platforms, because this car’s in-town manners, comfort, ergonomics, and feature content shame its competitors. It’s also quick. Damn quick. The 5-liter provides meaningful thrust anywhere in the rev range, allowing you to exploit the chassis in just about any gear. Four-piston front Brembo calipers clamping dinner plate-sized 14” rotors make for reassuring stops despite the car’s weight, although pedal feel could be firmer. The 255-width Pirelli P-Zeros hang on for dear life in high-speed sweepers, as well as the tight undulating hairpins of the Tail of the Dragon (aka US 129) in Tennessee. It takes a ham-fisted stab of the throttle to get the tail into action on the tighter corners, which the defeatable stability control quickly reins in. Stabilitrak’s sport mode allows more sideways slip, but even on these tight roads, it takes a committed disregard for self-preservation to get the tail end dancing. The nose dutifully follows the light steering, which isn’t especially quick but is always predictable and easy to read. All these elements combine to achieve very high limits, but the car doesn’t truly tempt you to approach them. There’s a stoic demeanor that stands in contrast to the enthusiastic give-and-take relationship of driver and car that you would get in an RX-8, M3 or Porsche. 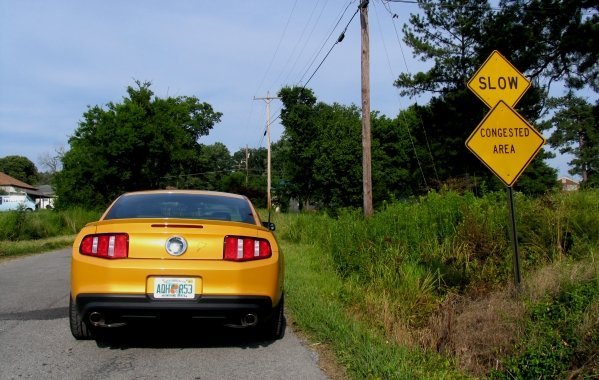 Combine these foibles with its numerous strengths, and you end up with a car that is pleasant to live with as a daily, but never as engaging as it could be on the most rewarding roads and racetracks. It’s likely that the car’s few remaining rough edges will be polished clean with the switch to IRS. And though the Tennessee hills might weep for the loss of their prodigal son, the car should be better to drive on these roads as a result. Which is progress most enthusiasts can get behind.