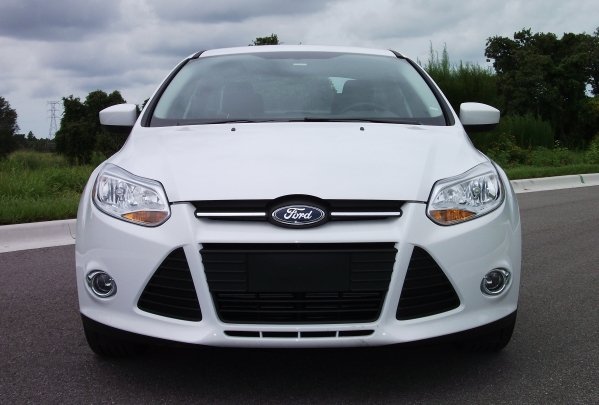 Ford’s been on a crusade lately to win the hearts and minds of the small car buyer with its new Focus, and so far it seems to be working. The Focus has risen to the top of the heap in most comparison test results for its ability to blend functionality and driving dynamics. But how does it match up to its competitors when the two biggest industry buzzwords – fuel economy – are dropped? In search of the almighty MPG, we decided to borrow a 2012 Focus SE sedan for some driving impressions.

With the Elantra still fresh in our minds, S:S:L recreated the city- and highway-driving routes from our test of that car to see how the Focus measures up at the pumps. Closely mirroring the EPA’s city testing procedure, we created a cold-start engine condition followed by 10 miles of stop-and-go driving for an average speed of 21.2 mph.

Some of the Focus’ prescience in this area can be explained away as individual vehicles differing, as well as variable weather and driving conditions. But something that can’t be overlooked is the ease with which the Focus seemingly bested its rated fuel economy. Car enthusiasts aren’t known for their ability to delicately breathe on the gas pedal to help extract maximum frugality. The fact that this writer was able to achieve stellar mileage figures with the Focus in spite of a spirited driving style is somewhat astonishing.

But let’s remove mileage from the equation for a second. Every driver is different, and someone that could easily extract 40 mpg from the Elantra might see lower numbers in the Focus. How do these two match up as vehicles, rather than as lines on the budget? It’s here that the Focus easily pulls away. From the get-go, there’s a subtle eagerness to the chassis that’s nowhere to be found in the Hyundai. The ride is exceptionally compliant, settled where the Elantra is crashing and bobbing around, quiet regardless of the pavement type. Cornering still produces roll, as is to be expected with the softer SE model we drove, but it doesn’t upset the car’s balance. The steering is slower than the Elantra’s, but more honest and natural, with detectable feel that is nonexistant in the Korean. 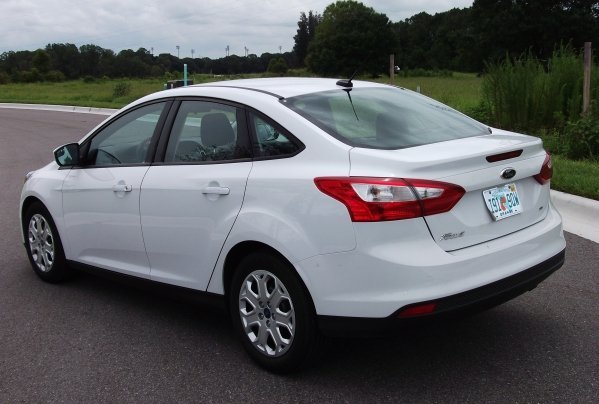 The power train consists of a 2.0L direct-injected 4 cylinder with 160hp and 146lb-ft, mated in our car to a 6-speed dual-clutch automatic gearbox. The engine is smooth, without thrash or flash and adequately propels the Focus from idle to red line. The transmission is another matter altogether. Step-off occurs lazily, and shifts are slurred enough to bring to mind a VW DSG ‘box that’s had one drink too many. Our tester was also not equipped with the SelectShift function, meaning your only manual shifting options are Drive, Low, and a ‘downhill’ button on the gear lever itself. SelectShift-equipped models add a small rocker on the shift lever for manual gear selection, although the shift speed and lazy step-off don’t improve. Let’s hope Ford wises up with its transmission programming in the future, because it’s really the only thing holding this power train back. Enthusiasts will skip it completely, of course, in favor of the 5-speed manual that’s standard on S and SE models.

The Focus, like many of Ford’s recent offerings, is well-laid-out inside and thoughtfully detailed. The design is edgy and the materials decent. Really, the interior’s only major annoyance is a brake pedal placed so high that it interferes with your foot as it rolls off the accelerator – hopefully this isn’t the case with the manual, because it could make heel-toeing very interesting. The exterior styling is unlikely to offend, especially in the Maytag White of our test car, and is relatively free of adornments and frippery- a rarity in this class. 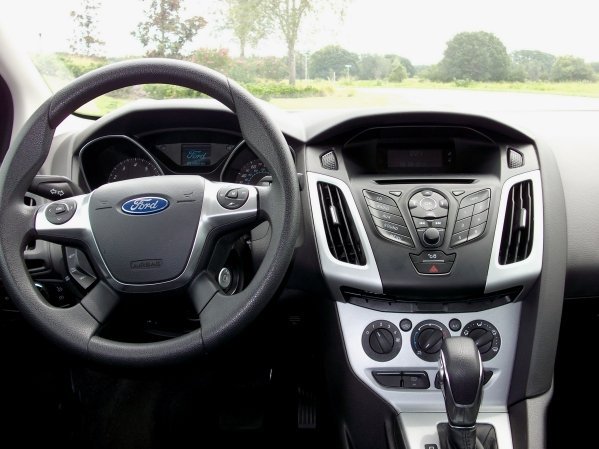 Even without Sync™, MyFord™, SIRIUS™ or a myriad of other options, our lower level tester was still well-equipped with fog lights, steering wheel radio controls, auto headlights, power everything and God’s Own™ horn. The price of entry? $17,400. With the 6-speed auto, Convenience package (cruise, map lights, alarm) and destination added, the tab rises to $19,685.  That’s pricier than an Elantra GLS ($18,205) or Civic LX ($19,425), but the Focus has them bested for driving satisfaction. The Mazda 3i’s handling and price ($19,745 for the Touring model) are in the ballpark, but it can’t compete on economy (24/33 mpg). And of course, there’s that face.

Frugal American consumers have reason to rejoice- there’s never been a more efficient, more capable crop of small family sedans on offer at the same time. And right now, the Focus is the best of them all.