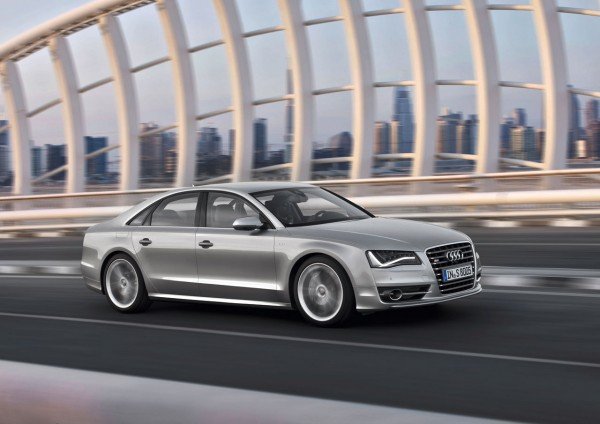 Audi has announced that they will be showing off three new powerhouse S-models at the 2011 Frankfurt Auto Show next month.  With the new S6, S7 and S8, Audi states that the new models combine power with efficiency by way of lower fuel consumption over previous generations of S-cars.

Fully gallery and highlights after the jump… 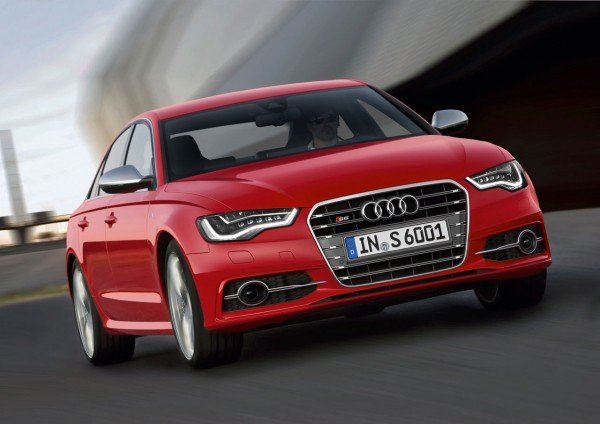 On the efficiency front, Audi claims that the new 4.0 TFSI engine is as much as 25 percent more efficient than the 5.2-liter V10 found in the outgoing S6.  This is thanks to Audi’s new “cylinder on demand” management system that can deactivate four cylinders on partial load, as well as new start-stop systems.  We’ve tried these active cylinder technologies from other manufacturers and they work great in the lab but not so great in real world driving.  It will be interesting to see if Audi has managed to come up with an algorithm for cylinder deactivation that works better than everyone elses. 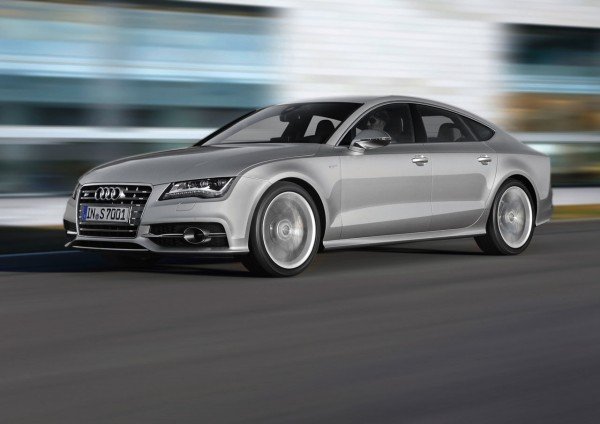 Chassis wise, the new Audi S6/S7 will ride on an adaptive sport air suspension that sits 10mm lower than the standard A6/A7 and has continously variable damping.  Ceramic brakes are available as an option.

Both S6 and S7 models will receive an S-car specific new front fascia which includes the front and rear bumpers, side mirrors, sills, rear diffuser and quad-tailpipes. 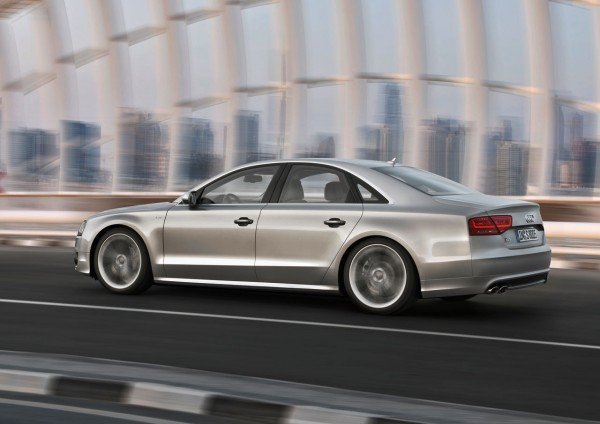 Power is delivered to the wheels by way of quattro all-wheel drive and an 8-speed Tiptronic transmission.  Audi claims that despite the bump in power and performance that the new S8 is up to 23 percent more efficient than the outgoing S8’s 5.2-liter V10 thanks to the start-stop technologies and “cylinder on demand” technologies.

The new S8 gets a major upgrade over the current A8 in the handling department with an all-new variable dampening adaptive air suspension.  The suspension can vary ride height of the S8 between three levels to allow a full range of comfort to sport settings. A sport differential is standard on the new S8, and drivers can choose from five different driving programs that put emphasis on full sport, full efficiency or a combination of the two.  The brakes on the S8 are 15.75″ vented discs in the front and 14.37″ vented rotors on the rear.  Ceramic brakes will be available as an option.

Keeping in line with S-car tradition, the changes to the S8 body are subtle but immediately noticable.  The front of the S8 gets an aluminum-look lower blade with aluminum look side air intakes while the door handles and mirrors get the polished aluminum treatment.  A rear diffuser wraps the signature S-car quad tailpipes in the rear.

Pricing on the new S-models has not been announced, but look for the S6/S7 to hit the roads shortly with the S8 coming in the Spring of 2012.