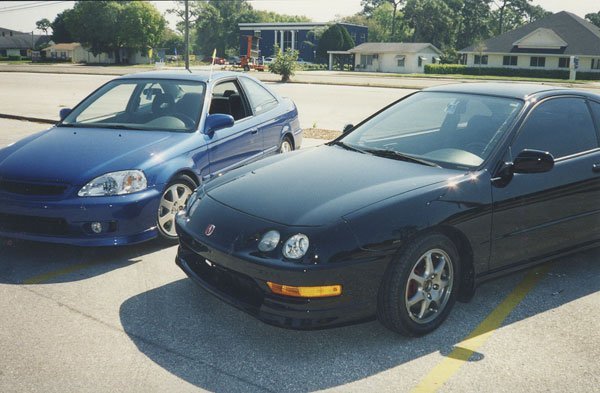 Way, way back at the turn of the 21st century, Honda ruled the roost. At least in the eyes of myself and my cohorts, the company could do no wrong. We dreamed of the day we’d be able to call an NSX or S2000 our own, although even being able to afford the various baubles and bolt-ons from Japan we all yearned for seemed like a distant dream at the time.

2000 was a golden year for Honda enthusiasts. The company had not one, not two, but four excellent sports coupes on the market that year: the Civic Si, Integra GS-R, Prelude and kingmaker Intergra Type R. The company had commemorated its 50th anniversary a year earlier with its first rear-wheel-drive roadster in decades, the S2000. That car was just reaching the market, and garnering serious praise from the motoring press. And the NSX remained a low-production milestone sports car with a refresh on the horizon. Hard to believe that in ten short years, all of these cars save the Civic Si would be dead, replaced by a lumbering fleet of crossovers and large sedans with much the same techonology on board as their forebears a decade prior.

My first exposure to the Honda Motor Co. was as a toddler, toted around in my parent’s 1981 Accord LX hatchback. It was purchased new, their ’78 Accord LX having been traded in due to its extraordinarily high mileage of 39,000. Suffice it to say, in the days before Asian imports became common staples, automotive durability was thought of in different terms. Our parents hadn’t experienced anything like a car that could go 100,000 miles without needing a full ground-up restoration or commitment to a landfill. They learned their lesson; the ’81 would soldier on for another decade before being replaced by a new ’92 Civic DX hatchback.

That first-generation Accord was something of a phenomenon in the US. My parents recall a story when their ’81 was delivered: two color combinations were made available to them, gray with a maroon velour interior or vice versa. They ordered the maroon exterior, friends of theirs a few towns away, gray. Their orders ended up getting reversed, but when an Accord came in with your name on it, you took it, regardless of the color. Heralded as the first Japanese small car with large car content, it was priced (relatively) to the moon and cemented the idea that American consumers were willing to pay full-size prices for an excellent compact. Toyota and others quickly followed suit, although for a generation of folks my parents age, the work was already done: we were now officially a ‘Honda family’.

Our last Honda left our possession a bit over a year ago; it was the tenth in the family, a 2009 Civic LX, finally in maroon. Among its fallen brethren were three Accords, five more Civics and an Integra, each serving dutifully and trouble-free, most with mileage into the six digits. The third Accord LX, an ’89, racked up over 200,000 miles in five years on sales-call duty. It took nearly three decades for the auto industry to instill the idea that money could buy a better-engineered vehicle, dollar for dollar, than a Honda. And now it’s Honda who’s playing catch-up. Or at least they would be, if they had anything exciting on the horizon.

It’s hard to say exactly where the company went wrong. There are no glaring Aztek-sized holes in the development timeline, although the Crosstour comes close. If one were to go back over the protracted evolutionary movements of the company’s two oldest product lines, Accord and Civic, there aren’t any particular moves that would suggest an imminent collapse of brand equity. That’s not to say there haven’t been disappointments. Although now legendary among enthusiasts, the fifth-generation Civic felt noticeably cheap when held up to the light of its predecessors.

The seventh-generation Civic represented a cardinal sin to drivers, ditching Honda’s famed 4-wheel double-wishbone suspension, a setup more akin to a sports car than an econobox, and seen as a move away from the fun to drive feel of previous iterations in the name of mass-market appeal. The recently-released ninth-generation Civic is little more than a slightly softer, slightly rounder version of the car it replaces, and the current-generation Accord has been lambasted for being a bit too large in the waistline for its own good, perhaps echoing the characteristics of its customer base. Minor miscues aside, it’s tricky to pinpoint a specific area where the company’s current offerings fall far short of the competition.

What might be contributing to HMC’s perceived ills is the fact that its competitors have made such great strides from the back of the pack while Honda has seemingly stood still. The company would do well to heed the warning printed on its rear-view glass: Objects in mirror may be closer than they appear.