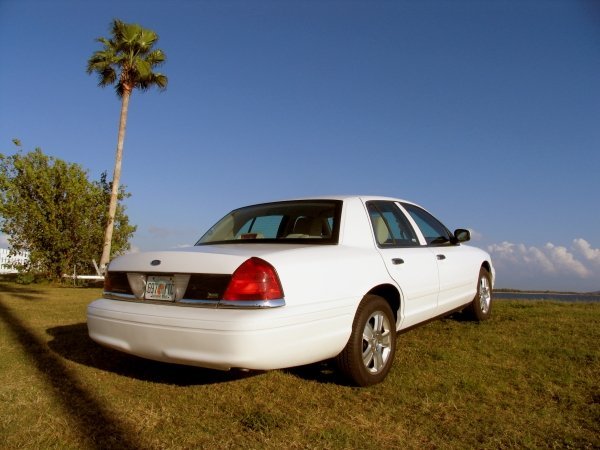 Every enthusiast has a long list stashed away, often only mentally, of vehicles they want to drive before they meet their maker. I’ve got one myself, and among the Porsche 911 GT3 RS, the Ferrari F40, and the Jaguar E-Type sits a highly unlikely candidate. It’s the Ford Crown Victoria. And not some highly tuned G-man edition or livery special either, just a bog stock Crown Vic LX. The reasoning is even more puzzling, and it’s got nothing to do with any secret service or taxi driver role playing fantasies. Everyone has a certain impression of the Ford Panther chassis. Whether it was the black Town Car that ferried you into the city from the airport, the puke-stained taxi cab that cost you an extra $50 to have cleaned up, or the plastic-seated squad car you became acquainted with after an overzealous blast down the highway, everyone has had experience with the Panther at one level or another.  And after 2011, it all goes away.

At least new ones will. Panthers will still serve dutifully as prom limos and donk fodder for many years. But the last Panther rolled off the line in September, still sharing much of its body-on-frame chassis with its forebears when they first chugged away in 1978. As of this writing, the platform is five years older than I am, and old things deserve at least some respect. But history wasn’t the reason I wanted to take a Crown Vic for a spin. Nor was performance, handling, comfort, build quality or image. No, instead I wanted to see how driving a Panther compared to riding in it, which had been my only prior experience with one up until now. 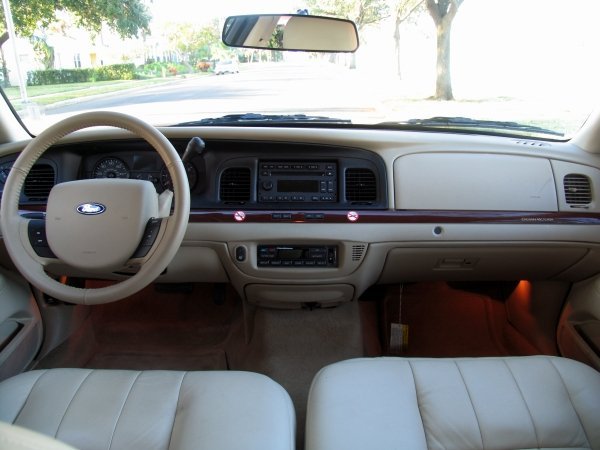 Is it everything I’d ever hoped for? Pretty much. It drives exactly as you would expect it to, which is to say, sloppily. It doesn’t accelerate, turn or stop without lots of prodding, and its occupants will pay dearly for such demands. The seats offer zero in the way of lateral support (as a bench, how could ‘they’?) and, marshmallowy as they look, aren’t that comfortable. Like the sofa bed at your grandparents’, there’s a metal bar running horizontally across the cushion that presses against the middle of your back, no doubt contributing to the humps that most of these cars’ owners sport.

The ergonomics are from a bygone era. The radio is far, far away up on the dash, and the nearly indecipherable climate controls are completely obscured by drinks in the slide-out cupholder/ashtray. If you’re expecting an iPod hookup or MP3 capability, look elsewhere. Likewise, steering wheel controls for anything except the cruise control. The column shift is one of the only satisfying bits inside, made even more ironic now that the German manufacturers are starting to adopt variations on the theme in their higher-end sedans. There’s something especially nostalgic about getting in the CV; the door closes behind you with a click rather than a reassuring thud, as if it were wholly made from plastic. You settle in on a wide sofa, giant padded armrests on either side and a vertical windshield ahead of you with two stubby wipers. Fumble with the giant starter fob until it comes to life, and then bang the column shifter home for either rearward or forward progress. Rolling away, you hear the familiar whirrrrr that instantly recalls every taxi cab you’ve ever ridden in. Yes, they make that sound right off the showroom floor, and no, I don’t know why, either. 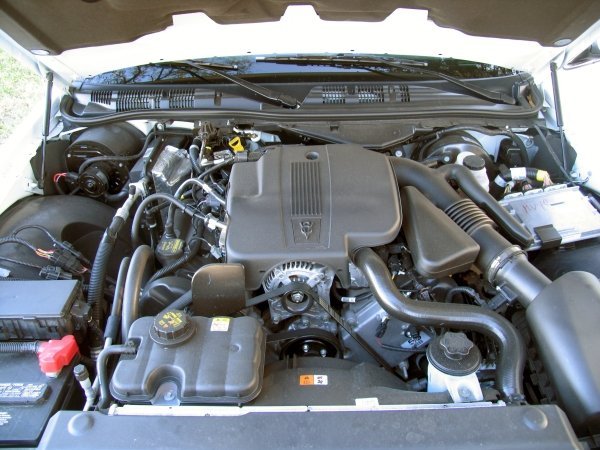 Forward progress is stately. There’s never any rush in this car, unless you’re looking for your next fare. Despite its V8, a meager 239 horsepower isn’t nearly enough to imbue the CV’s 4,134 pounds with any urgency. More impressive is the fact that police and special agents are able to catch anybody at all using the Vic’s spongy chassis. Cornering is a torpid affair, characterized by tons of roll and absolutely no indication of the limit, whether you’ve reached it or not. Piloting one in anger is terrifying, if only for the fact that the car can’t tell you whether you’re far from its limits or far past them. Better to back off and let the red mist dissipate than get your eyes clawed out by this Panther.

This car still has a lot of qualities that aren’t readily apparent to the sporting driver. For one, it’s relaxing. There are few modern cars that can actually calm the ills of commuter traffic, at least in the under-$50,000 camp. The Panther is one of them. A rolling hyperbaric chamber (or iron lung, depending on your view point), the Ford simply wafts along on a cloud of its own self-loathing, encouraging drivers up ahead to slow down and get the hell over for fear of an impending speeding ticket, and allowing its driver to focus on more pressing matters like where the nearest early bird special is, or where to bury their next victim. 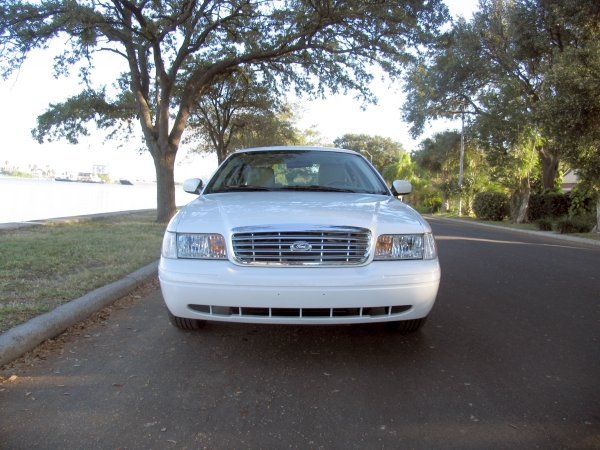 It’s roomy, of course. It’s one of the last vehicles to offer a front bench seat; it’s getting rare even in pickup trucks lately. Women often hate the thought of a Crown Vic until the bench seat catches their eye (perfect for pocketbooks, you know). My 6’3” frame had no problem at all fitting inside the trunk, and it was actually pretty comfy back there; better than the last Honda S2000 I tried on, easily. And to a certain generation, all that space contributes to an impression of safety, although you and I know better: that its frame would probably turn into liquid metal in a collision against anything engineered in the last quarter-century. But beyond size and isolation, there’s little to recommend one in 2011. Gas mileage is abysmal; it returned just 13 mpg in our hands. Since 2008, it’s only been sold to fleets, but they still don’t come cheap- figure just under $30,000 for an LX example. For that price, you get something that’s not even content-competitive with a middle-of-the-range Kia these days. Your money simply buys you acreage; nothing more, nothing less.

The Crown Victoria and its platform mates’ purpose now is to serve as a backmarker, a point in history at which the family car tide in America turned for the better. From the loosely-assembled, lumbering hulks that once clogged suburban garages sprang a newcomer- the sprightly Asian runabout, which was everything the American full-size wasn’t. It was efficient, fastidiously built, fun to drive, good in the snow, roomy in all the right places and oversized in none. The 1978 Accord LX debuted the same year as the Panther began production, and it included all the big car’s features, like power steering, air conditioning, cloth seats and a digital clock, but cast a small-car shadow. Best of all, it didn’t fall to pieces in two years requiring replacement. 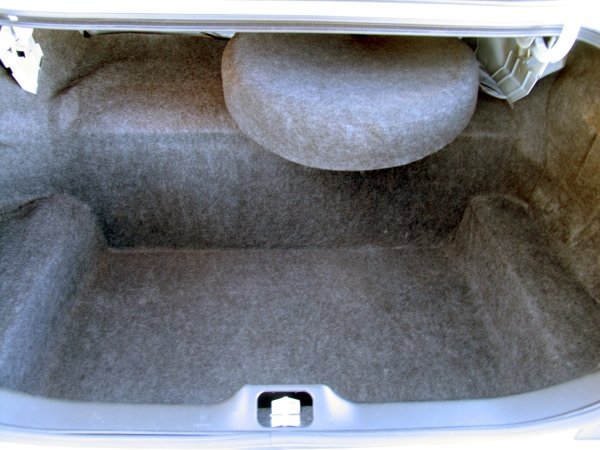 Pessimists could, at this point, conclude that the Panther embodied the turn of American consumers away from our own shoddily-built products, thus signalling the end of the U.S. manufacturing industry as we once knew it. It’s not all that bad. If anything, Ford should have kept the Crown Vic around longer solely to serve as an indication of how far the company has come. The cars they now design and build are absolutely leagues ahead of the Panther, and can go toe-to-toe with the world’s best. In a vacuum, my 2011 Mustang can sometimes feel a bit archaic and out-of-date. Compared with a Crown Vic of the same year, it had may as well be the Millennium Falcon. Everything feels bang up-to-date, the steering lacks an ounce of slack, the build quality is spot-on and the interior ergonomically sensible; it’s just plain good. Neither Ford nor GM nor Chrysler put anything together very well in 1978. Luckily, as the Panther’s era comes to a close, so does a chapter of American complacency that we’ll hopefully never see again.