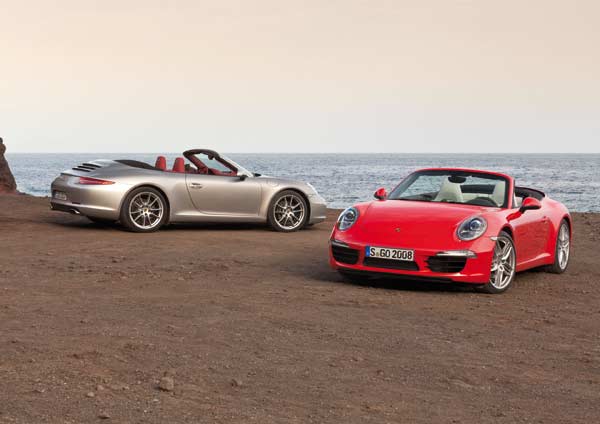 Porsche has confirmed that they will be unveiling the Cabrio version of the new 911 sports car for the first time at the 2012 North American International Auto Show in Detroit next week.  After a long absence from the Detroit show, Porsche rolled out the 918 RSR Concept last year and is keeping their word of Detroit being an important show for them with the unveiling of the new 911 Cabrio.

We’ll be reporting from the show floor next week with live pictures and thoughts of the new models as they reveal them.  Be sure to follow us on twitter for real-time updates from the 2012 Detroit Auto Show at http://www.twitter.com/speedsportlife .