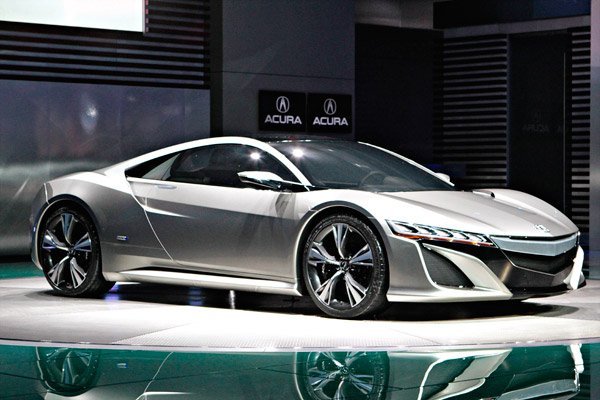 This is the new Acura NSX Concept which was just unveiled here at the 2012 North American International Auto Show.  While this concept is still a couple of years away from becoming a realistic production car, Acura did make note that it will take advantage of the Acura SH AWD system and will utilize hybrid technology in the powertrain department.  The biggest announcement was that the new Acura NSX will eventually built at Honda’s Ohio plant.  We’re excited to see this car progress and hopefully will see a production announcement sooner than later.