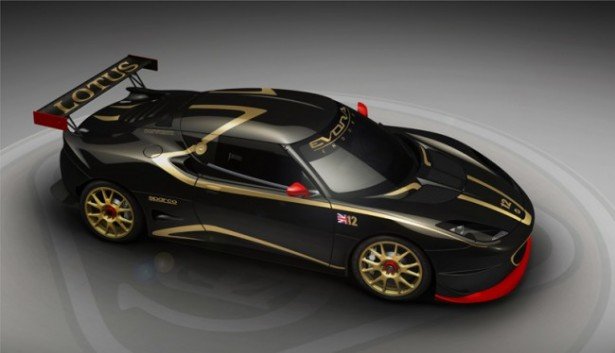 Alex Job Racing and Lotus Motorsports have teamed up to compete in the American Le Mans Series GT class for 2012.  The new team has been named Lotus Alex Job Racing and will be a factory-supported effort focused on North America.  The car will be a 2012 Lotus Evora GTE, which those of you who watched Petit Le Mans last year will be familiar with.    While Lotus AJR will be skipping the ALMS/WEC season opener at Sebring next month, they promise that they will have a full fledged effort for the rest of the season  starting with the Toyota Long Beach Grand Prix the weekend of April 14th.

We’re glad to see more teams entering the American Le Mans Series as there has been some question as to how long the series will last with some of the big players being split between ALMS and the World Endurance Championship.  Though the European Lotus Evoras didn’t have much luck at Petit Le Mans last year, the fact that this effort is factory backed might result in some additional competition for BMW, Ferrari, and Porsche.  The driver lineup has not yet been announced but there is at least one rendering of the Lotus AJR Evora with the name B.Senna on the door.

“I am excited to announce the racing partnership between Lotus and Alex Job Racing in North America,”Alex Job, team principal of Lotus AJR said. “Our efforts and ability to attract Lotus is a testament to the hard work that AJR has put in over the past several years. This partnership, along with our key sponsors WilliamRast, Battery Tender, and Yokohama represent a new chapter for our seasoned organization and for the ALMS.

“We are focused on winning,” Dany Bahar, CEO of Group Lotus, said. “Alex Job has one of the best records in sports car racing. We look forward to working together and developing a top-tier team over the coming years. Racing is a core component of the Lotus brand, and we are thrilled to have this new partnership to further enhance our winning racing heritage.”

Job has confirmed that IndyCar driver Townsend Bell will be joining the team and partnering behind the wheel with two-time ALMS Founders Cup winner and AJR driver Bill Sweedler.

“We are delighted to welcome Townsend to the Lotus AJR family,” Job continued. “Townsend comes from a distinguished career in IndyCar and open-wheel racing in the U.S. and Europe. His natural speed and personality will make for a successful partnership with Lotus AJR, Battery Tender, Yokohama, William Rast, and seasoned AJR co-driver Sweedler.

Bell’s racing pedigree boasts an Indy Lights Championship in 2001, and Rookie of the year in 2000. He finished fourth in the 2009 Indy 500 and was the first American to have a podium finish in the FIA Formula 3000 Series.

“I am really excited about 2012 and driving with Townsend,” Sweedler said. He will be a strong addition to the team. I had a fantastic time working with AJR for the last couple of years and am honored to continue as one of their drivers. Alex and his team run a first class operation just like Lotus. It will be a strong partnership.”

“Having the chance to represent such a great brand like Lotus is simply awesome,”Bell said. “The fact that I get to work with one of the best teams in sports car racing is icing on the cake. I’m really fired-up to work with Alex, Bill, and my good friend Colin Dyne from William Rast in what will undoubtedly be a great adventure. Time to buckle up!”

“This is doubly good news for the American Le Mans Series presented by Tequila Patrón,” Atherton said. “It’s a pleasure to welcome the Lotus brand and their spectacular Evora to the most competitive GT class of racing in the world. But to have this factory-backed effort spearheaded by Alex Job – one of the most successful team owners in ALMS history – assures that this truly will be yet another championship-caliber entry to the GT class. I know that fans at each of our events will be enthralled when the AJR Lotus, complete with its iconic livery and Battery Tender sponsorship, hits the track.”

Lotus AJR will carry sponsorship from Battery Tender, William Rast and is a Yokohama tire supported team for 2012.