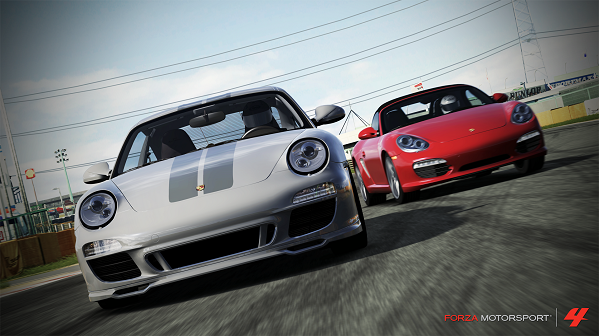 Whether you’re a Forza 4 diehard or just a casual racing game fan, you’re probably familiar with the turmoil surrounding Porsche licensing in Microsoft’s Gran Turismo rival. After several iconic P-cars were featured in the third iteration of the franchise, Stuttgart’s absence in the latest game was conspicuous. No more. Turn 10 announced today a full, 30-car Porsche pack as DLC with a release day of May 22. Seven of the 30 cars will be new to Forza, and T10 says they’re adding twenty Porsche-centric events and ten new achievements to give completionists something to chew on. What’s not to like? Well, it isn’t free. At 1600 Microsoft Points ($19.99), it’s pricey, but it’s also three times the size of a normal car pack.

You can check out the full announcement on T10’s site here: http://forzamotorsport.net/en-us/en-us/porsche_expansion_announce/