Frequent readers of Speed:Sport:Life know Michael Mills as our resident wheel man when it comes to putting down fast lap times on a track.  What you might not know though is that Mills will be racing a full season with Effort Racing in the 2012 IMSA GT3 Challenge with a brand new 2012 Porsche 911 GT3 Cup car.    This past weekend we hung out with Mills who took us along for a ride in the 2010 Porsche 911 GT3 Cup cup car that he piloted to victory in the Gold class during  round 15 of the 2011 IMSA GT3 Challenge at Petit Le Mans.  Incidentally, Petit Le Mans was Michael’s first entry in a IMSA GT3 Challenge race.

The 2012 IMSA GT3 Challenge season looks promising for Mills and the entire Effort Racing team as he consistently finished towards the top during the Winter Test sessions at Sebring International Raceway this past month.  The team has been relentlessly testing and tweaking to perfect the car for rounds 1 and 2 of the 2012 IMSA GT3 Challenge to be held at Sebring International Raceway on March 15th and 16th.  We’ll be covering the race on Twitter as well as doing a recap after each race.   Until then, sit back and enjoy the ride along with Michael Mills. 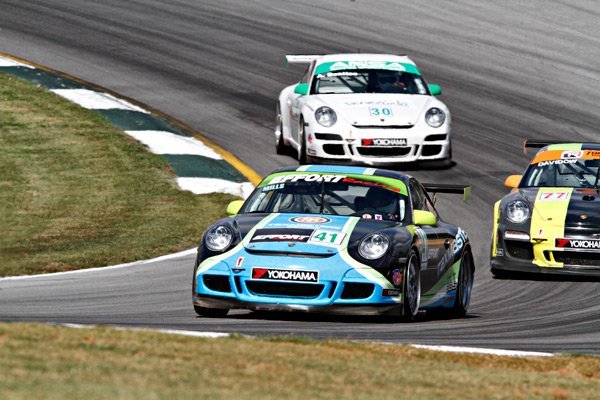