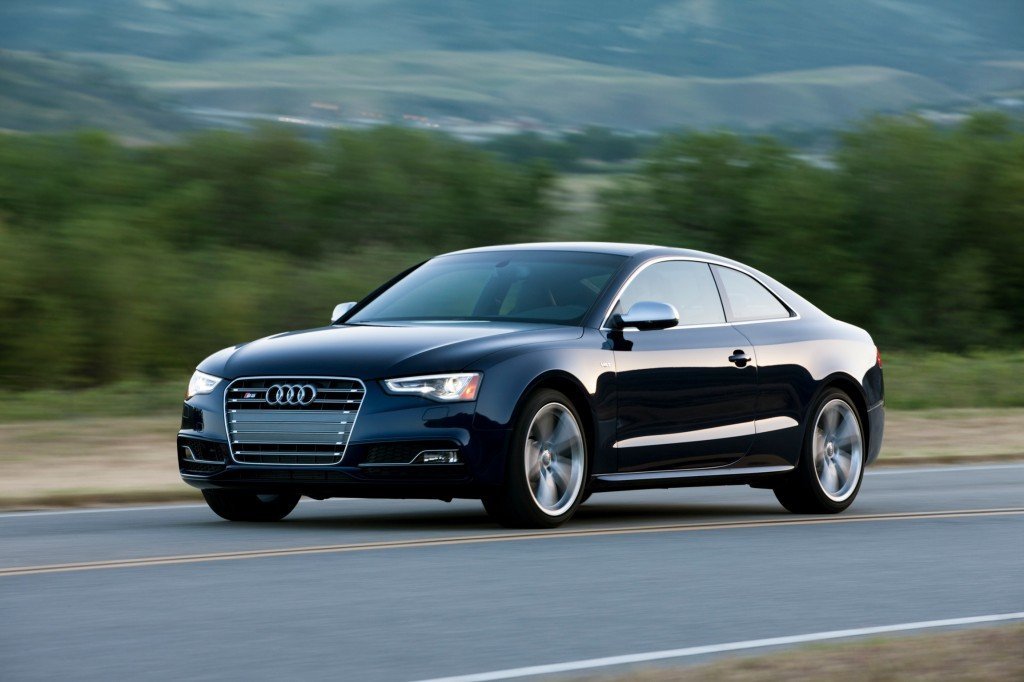 Audi has always been one of my favorite cars. They never fail to impress with both their sports and family cars. Last time I went to buy a new car, I went to a buy here pay here dealership and they had a load of Audi’s on display – it was a beautiful sight! I think more people should look into Audi because they’re renowned for their reliability so would make a perfect option for a family car.

As I look around at the ensemble cast of Audi’s refreshed 2013 B-segment lineup, it occurs to me that they couldn’t have picked a better venue for this roll-out. There’s not a naturally aspirated car in the bunch. Sure, it’s 107 ° in the shade and the better part of the state of Colorado is on fire, but at 11,000 feet, it’s hard to argue with forced induction.

Altitude. It turns even V8-powered athletes into asthmatic fat kids.

We’re here in the Denver area in mid-June to sample Audi’s latest and greatest in the family-car-for-the-familyless niche Audi has been overwhelming of late with their B8-platform onslaught. For those who haven’t been keeping track, Audi offers five distinct models on this chassis: The A4, the A5, the S4, the S5, and now for 2013, the A4 Allroad. And since “Speed” comes before “Life” in our little naming structure there, we’re going to kick this off with the brutes of the bunch.

The 2013 Audi S5 is the overhaul we’ve known was coming for years. With the mid-level, 349hp, 4.2L V8 all but disappearing from Audi’s European offerings of late, the writing has been on the wall for a while now. Refresh by refresh, Audi’s new 3.0L Supercharged V6 has come to replace Audi’s “big block” in just about everything. Creeping westward into Audi’s U.S. offerings, the 3.0″T” offers V8-like performance with V6-like fuel economy and packages a little more cleanly than the 4.2 which, with Audi’s nose-biased longitudinal/all-wheel drive architecture, is no small matter. 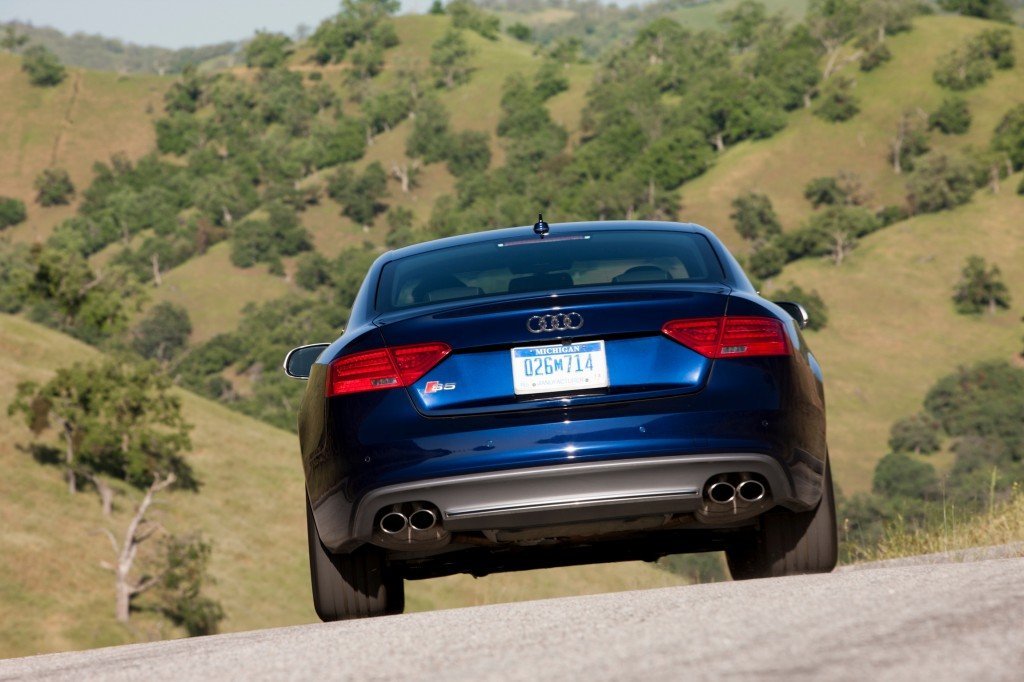 Engine aside, the 2013 S5 also gets all-new headlamps (if you need to ask whether they feature LEDs, maybe you should stop here) and a revised interior along with Audi’s drive select customization system. If you’re not familiar with drive select, it’s an interface that allows you to adjust suspension, steering, throttle and transmission modes independently to your liking. It’s similar to Porsche’s PDCC (Porsche Dynamic Chassis Control) system, but with a sleeker, touchscreen-based interface for customization of independent settings. Or, if you prefer the ham-fisted approach, there’s also a quick on/off button on the dash to toggle sport settings on or off en masse.

In addition, if you opt for the 7-Speed S Tronic dual-clutch transmission, you also get Audi’s new crown gear differential, which offers all the benefits of quattro’s usual torsen-based center differentials, but shaves off a few pounds. Also new for the B-segment this year are adaptive cruise control, Audi’s parking system plus, and side assist, just in case your dash doesn’t beep and flash at you quite as much as you’d like while performing routine driving tasks.

For the S4, this refresh isn’t nearly so significant. The supercharged V6 has been available in the B8 sedan since 2009. The added availability of drive select, dynamic steering and the quattro sport differential for S Tronic models are the extent of the performance upgrades. Refreshed exterior lighting and interior appointments round out the 2013 package, along with the extra sensor-based features mentioned above. 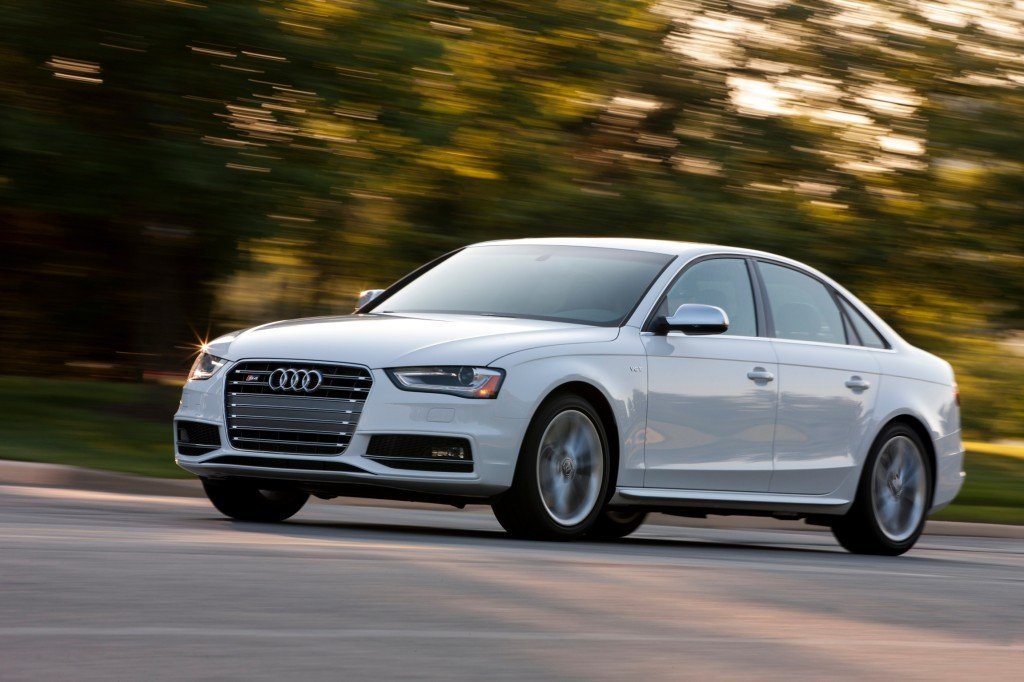 So how do they drive? Well, pretty much the way you’d expect. Audi’s performance cars have long been confidence-inspiring (and sometimes awe-inspiring) from the driver’s seat. The S5 almost frightens with its capability, guaranteeing that an experienced driver will run out of gumption long before running out of grip. The massive, sticky tires and stubborn quattro all-wheel drive work together flawlessly to keep the car pointed in exactly the right direction. It takes a lot to get the tires talking, and once they are, you’d better know what you’re doing. Take it a tenth (or even a hundredth) further and you’re asking to be bitten.

Not too long ago, somebody brought up to me the idea of owning an Audi S-car as a weekender. I didn’t get it then, and I really don’t now. These Audis are very serious machines, made for very serious work. They’ll get you there on time, wherever there may be, and they will do it with Germanic efficiency and class-leading comfort. But the sensation you get after blitzing a mountain pass in an S4 or S5 isn’t one of exhilaration; it’s more like disbelief-disbelief that a car of this size, power and luxury can be so capable. In that sense, the fast B8 Audis are nearly untouchable. But as a fun car alone? That concept gives me pause.

Speed:Sport:Life was among many media outlets invited to drive the new B-segment lineup. Travel, lodging, and a couple of solid meals were provided by Audi, along with a pretty swanky press kit. Photos courtesy of Audi.