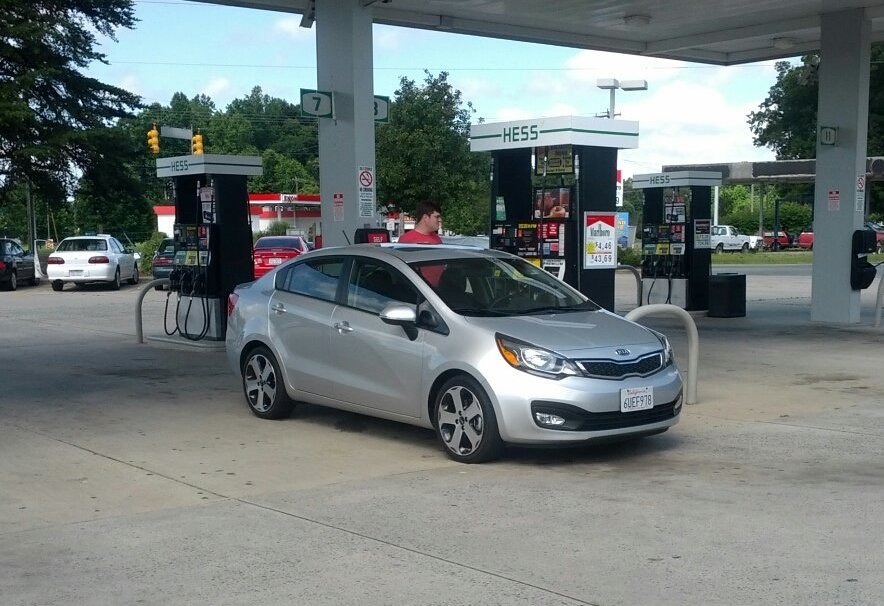 If you’ve read any automotive publications over the last, I don’t know, four years, it should come as no surprise to you that Kia is riding a significant wave of new products to a dominant slot in the U.S. market. We’ve done our fair share in contributing to that publicity. Forgive us then another Kia review, this time of a remarkably good subcompact that we’ve praised twice before.

When I compared the Kia Rio SX 5-Door to its platform brethren back in February, we praised it for its superior suspension tuning and steering calibration—characteristics that 99% of Rio shoppers will never ever notice, let alone care about. But this time, we did something to put the Kia’s strengths into a context shoppers can understand: we took it on a road trip.

Why a road trip? Simple, a road trip will tell you more than you can imagine about a car’s steering and suspension. See, sporty mainstream cars are always a compromise. That’s what keeps them cheap. You don’t get fancy multi-mode suspensions or selectable steering ratios. You get one fixed damper setting, one throttle calibration, and steering calibrated to feel sporty (heavier, usually). That’s it. One size must fit all, and that being the case, the fit isn’t always perfect. When your foundation is an economical compact or subcompact car, the compromises tend to go even further in the name of fuel economy and cost. 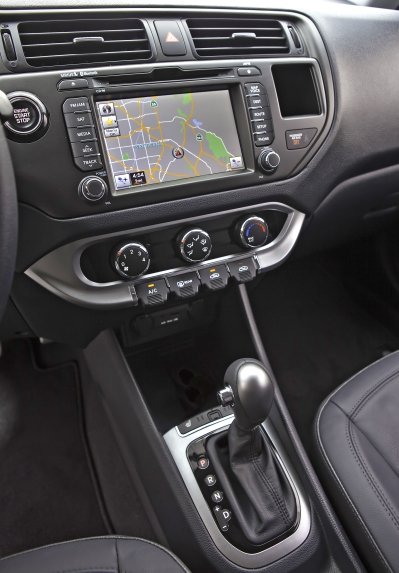 The result is often a car that shines under certain circumstances and crumbles under others. Give it too much of an edge, and it’s fatiguing to drive long distances. Make it too soft, and the car wallows when called upon to dart down a back road. Even some of the sport compact crème-de-la-crème, cars built for exactly this compromise, are guilty of it—the Mazdaspeed3 being too harsh for some drivers’ tastes, the VW GTI too soft for others’.

The Rio, by its nature, is going to err on the side of economy. It’s designed to be cheap, though our tester wasn’t anywhere near the bargain basement. A base Rio SX Sedan will run you $17,700 (Our loaner, after options and delivery, was pushing $21,000). Side point, it might be smart to check out some car deals to get a lot of car for very little money. The true mission, however, is plastered all over the window sticker. 30mpg city/40mpg highway/33mpg combined, regular 87-octane fuel—this is the stuff cheap ownership is made of. And remember, if you don’t quite need the sharpness of the SX’s chassis, the base car can be had for under 14 grand.

We took the Rio from Annapolis, Maryland to the Atlanta suburb of Fayetteville, then back again. Our total on-paper distance was around 1,400 miles (696 each way) with a little bit of in-town cruising in the ATL. By the time we returned, we’d racked up a total closer to 1,600 miles. Our overall average for the trip was close to 38mpg, with the highway stretches to and from Atlanta easily returning better than 41. Despite its size, the Rio easily swallowed two guys and all their gear, and the satellite radio and navigation systems made getting to, around and from the big city pleasant and hassle-free. But that wasn’t the remarkable part. What surprised us, and me most given my extensive experience with inexpensive cars, was that we felt like, had there existed a decent excuse to do so, we could have driven another 1,600. 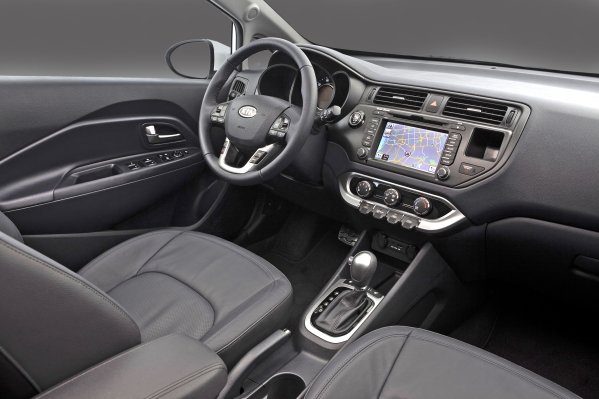 Five minutes in the Rio will leave you with the impression that it’s a decent, but unremarkable cheap car. Give it another five minutes and you might find it surprisingly pleasant to drive. Give it another two hours, and everything starts to fall into place. Despite the long trip, we arrived feeling fresh. We weren’t fatigued; we weren’t cramped or in desperate need of a chiropractor. No, the comfort level of the Rio was shockingly good. I drove all 1,600 of those miles with the seat adjusted forward enough to fit a boat-sized cooler between the seatback and the rear bench, stopping only a handful of times for gas or a quick bite to eat. This just doesn’t happen in tiny cars. Long-distance driving is the domain of the luxury cruiser. Right? We’ll come back to that in a later review.

So what’s the Rio’s secret? Sure, some of it is down to the seats. They’re firm without being too hard, supportive without being constraining. But the real secrets here are in the chassis and steering—a suspension setup that keeps the body buttoned down, but rides well enough not to be jarring over rough pavement; steering that responds well to inputs yet is light enough to be driven with a gentle touch. These are the things that reduce fatigue. These are qualities that make it easier to drive a car on the street.

In fact, these are qualities that really matter only on the street. Much is made of steering feel and “handling?? as a product of suspension tuning whenever a car is track tested, but the reality is, these things don’t matter nearly as much as a car’s outright mechanical grip and ability to put power to the ground. That’s why a 911 with electric power steering is still a hero on a race track. Feel is for the street. Fast doesn’t care about feel. Fast just is. And no, this Kia is not fast. Nor is it made for charging around race tracks. 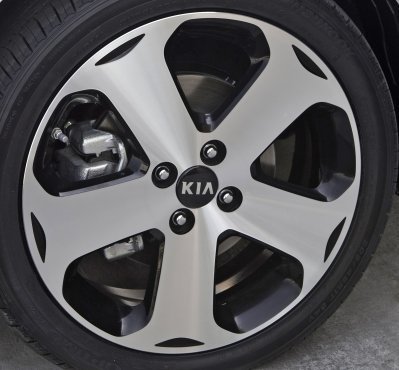 What puzzles me though is that, up to this point, these qualities aren’t embraced throughout Kia’s lineup. The larger Optima, for instance, has a very vague and unresponsive helm at cruise. Driving in traffic on the highway can be somewhat alarming from time to time as the nose of the car will latch onto wind currents generated by larger vehicles, but you won’t feel it in the wheel. You’ll drift and drift, even with steering correction in, but the front end just doesn’t tell you what’s going on. Throw the Optima into some switchbacks, however, and the suspension and steering calibrations suddenly jibe, the weighting of both front corners coming through perfectly as you transition aggressively from turn to turn. Make your way onto a relatively straight country road, and that harmony disappears. Not so with the Rio.

With that in mind, I’m fairly comfortable calling the Rio SX Kia’s best product, followed closely by the Sorento and then a bit more distantly by the Sportage. It’s a serious contender in the segment too, being every bit the dynamic equal of the Fiesta sedan and offering nearly-equal connectivity.

Kia provided the 2012 Rio SX Sedan for the purpose of this review. The trip was otherwise paid for out of pocket.