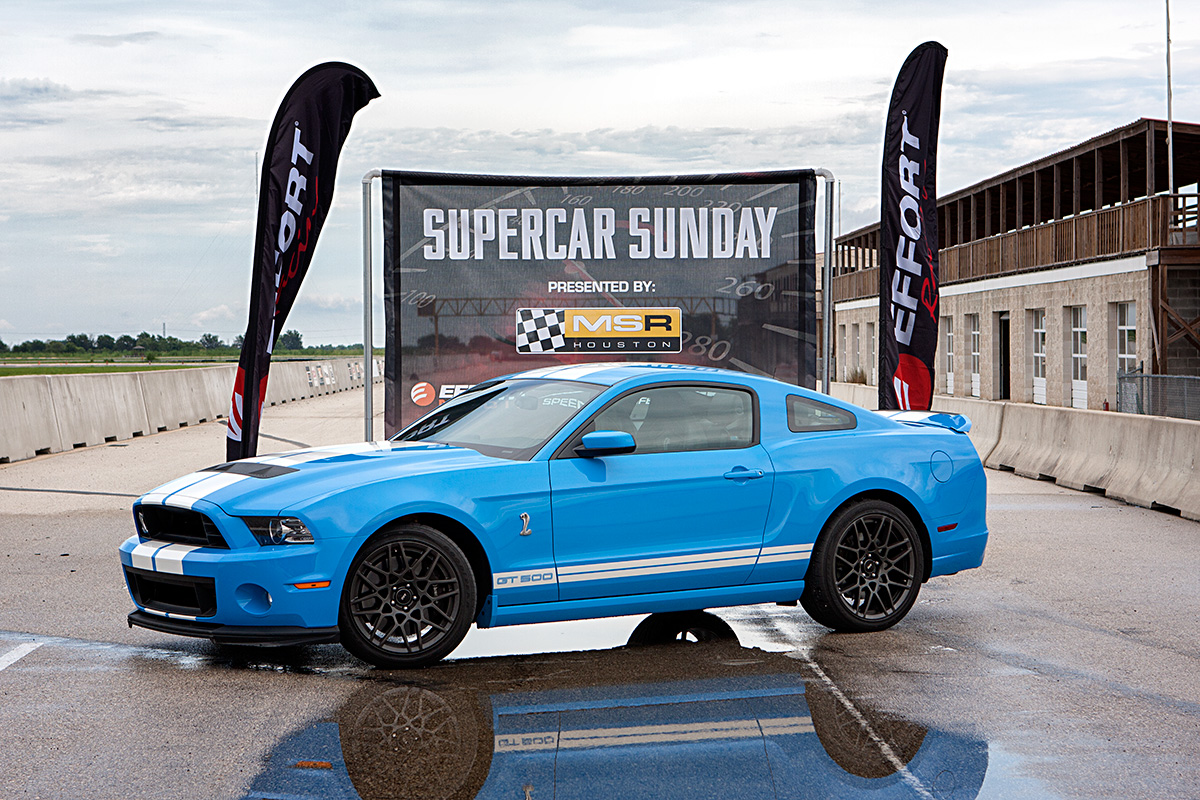 
662 horsepower. 200mph. $54,995. Mustang. If that’s not enough for you to make up your mind about the 2013 Shelby GT500, then you’re one of few non-partisans in the ongoing battle between Ford’s refreshed Mustang and the entire known world of performance cars. Get comfortable then while I explain to you why you should appreciate the second-coolest car of 2013. 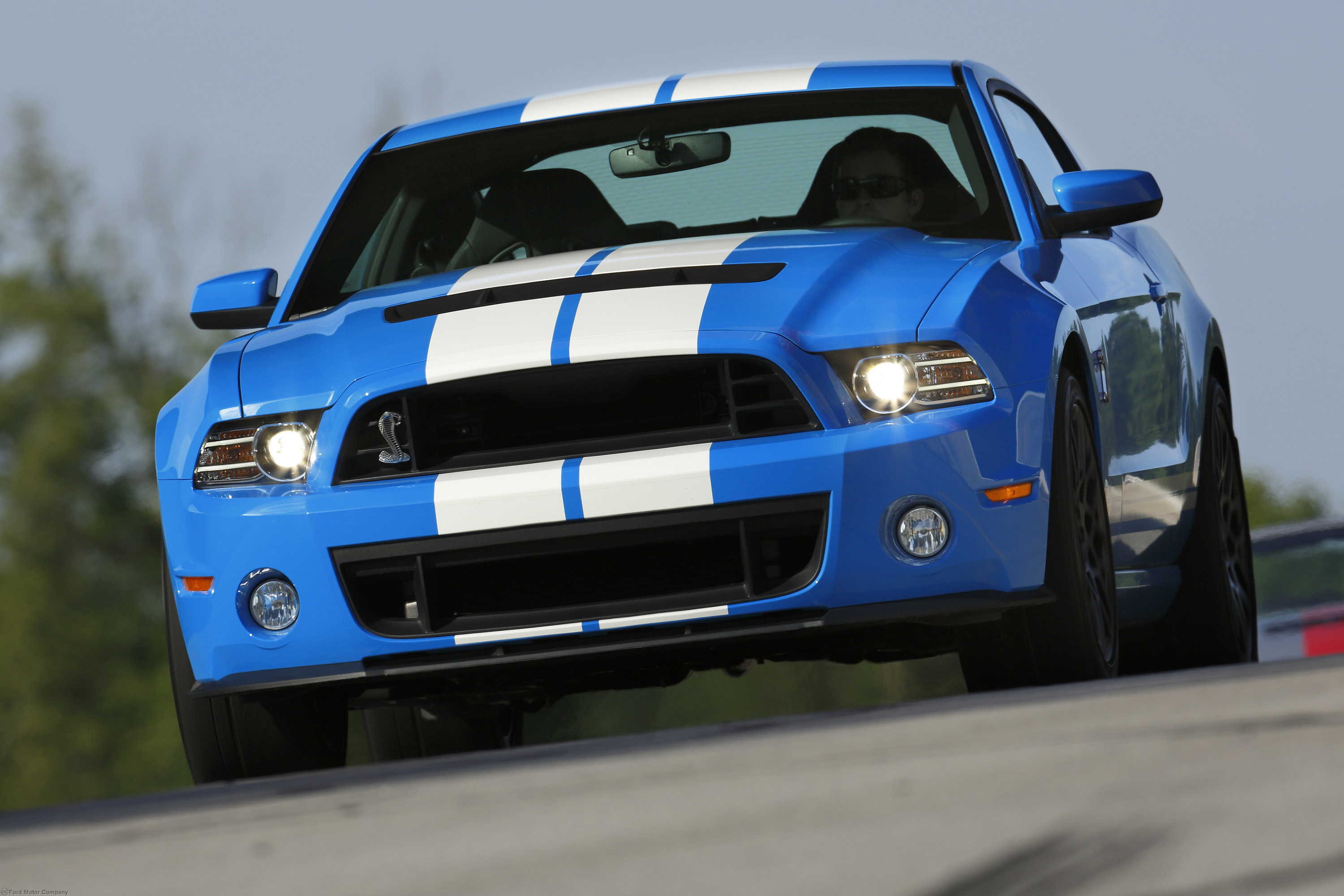 Let’s get something out of the way here: the 2013 Shelby GT500 is beastly. It does not pretend to be refined; it does not pretend to be tame. If you should find your way into GT500 ownership, you do so knowing that you will raise your voice to conduct a conversation at speed, and that you could mix a martini just by placing your shaker on the dashboard at idle. You will annoy your neighbors when you leave for work in the morning and again when you arrive home for dinner. And since that’s exactly how you like your automobiles, you’ll do all of the above wearing the biggest grin of your life.

The GT500 throws out the Boss 302’s finesse and poise in exchange for muscle. If the 302 and Laguna Seca are aimed at the BMW M3, then the GT500 is aimed at the Mercedes-Benz C63 AMG (more on that in our forthcoming shoot-out). Yeah, the Shelby features the now-ubiquitous ability to adjust the suspension and steering to your desired level of aggression, but instead of pointing out a button and saying, “hey, check this out,” you’ll be more inclined to shout it at the top of your lungs as you mash the throttle and experience what physics dictates when you attempt to translate 662 crank horsepower into forward motion from a dead stop. If you’re driving a GT500 and your passengers aren’t giggling, screaming or soiling themselves, then you’re doing something wrong. 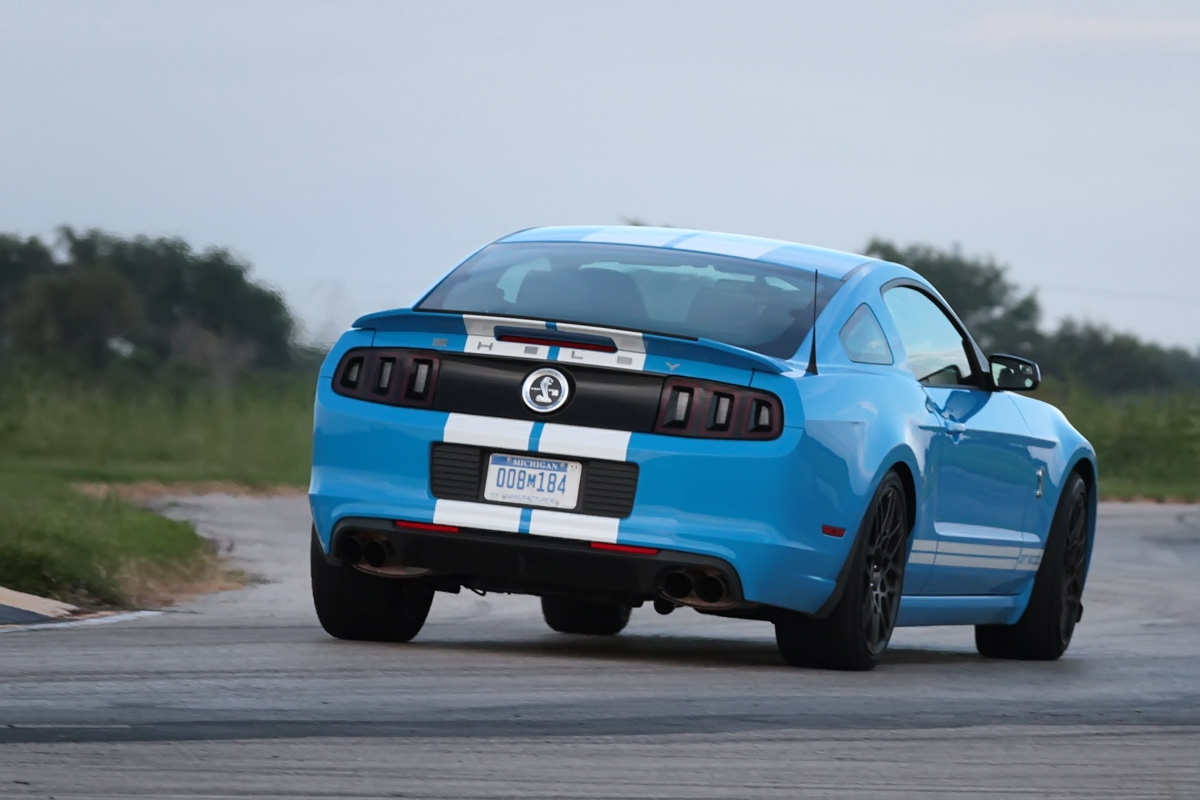 So compelling is this car that I flew from Washington, DC to Houston, Texas just to get behind the wheel. Driving it on the hilly highways and byways of southeast Texas alongside a Cadillac CTS-V gave me an entirely new perspective on supercharged V8s. The Cadillac is quick. The Shelby is fast.

And despite the brashness and bluster, the GT500 is actually fairly comfortable. It’s loud, sure, and far more buttoned-down than a regular 5.0L GT, but where the Boss 302’s track-oriented chassis tuning gives it a bit more edge than you may want on rough roads, the Shelby is softened just enough to get by. Fear not, however. The SVT Performance Package (adjustable suspension, upgraded rear springs) can be baked in as a trim level, and the SVT Track Package, featuring auxiliary oil, transmission and differential coolers, along with Ford’s new Recaro-built bucket seats, remains an option (and as its name suggests, a must-have for track rats). What you get in those packages is less important than what you don’t get, however, and that’s brake fade after a few hot laps–a common complaint on 5.0L GTs even with the Brembo brake upgrade.

And if you haven’t sampled those Recaros yet, you owe it to yourself to visit a Ford dealership and check them out. They’re available up and down the entire 2013 Mustang lineup. 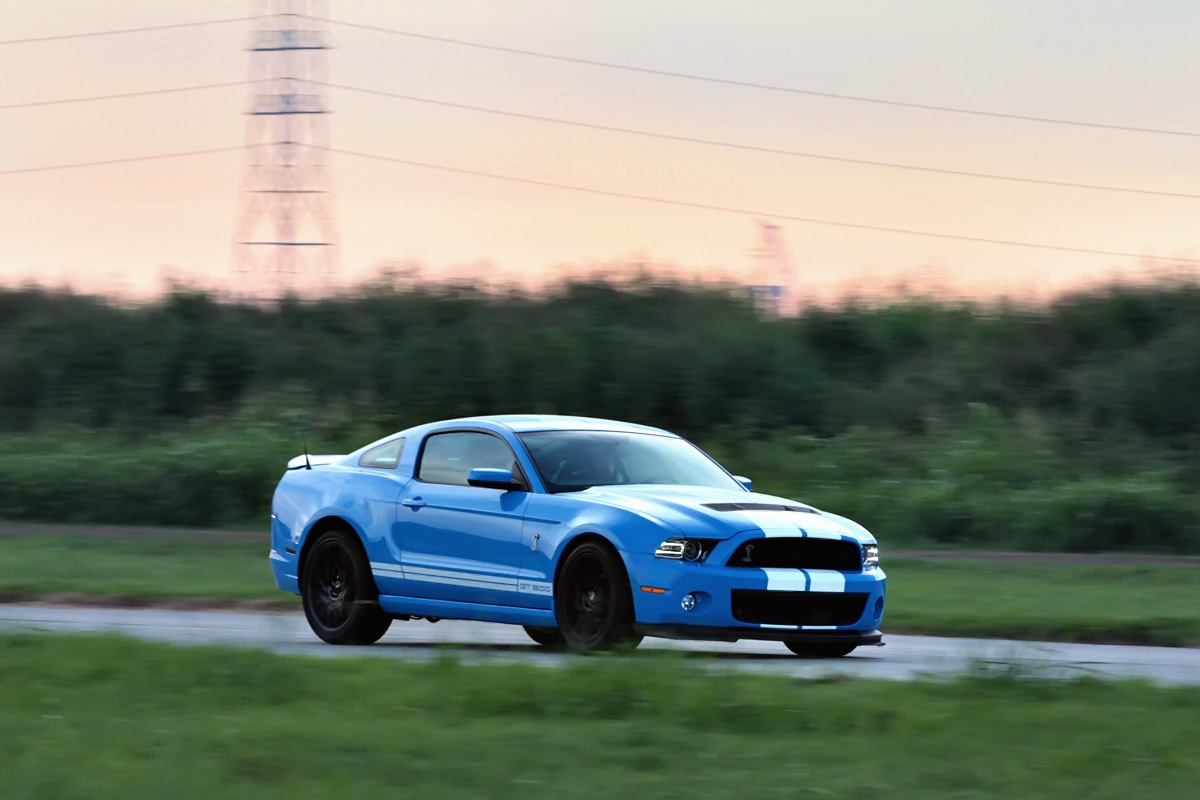 Now, the GT500 isn’t perfect. The super-tall gearing needed to coax the Shelby past the 200mph mark translates to—and I can’t believe I’m even saying this—acceleration that can seem just a hair flat on long straights. Yes, the car is willing and able to get up and go, but it could be a little more so. The 3.31 rear end is standard, and there’s no factory option for a 3.55 or 3.73. You’ll have to go to the SVT Performance catalog if you want something a little shorter. Be warned, however: a 3.55 rear end will put 200mph out of reach. That’s something to keep in mind if were planning to take it to the Nardò Ring to test it out. Oh, and you’d better know how to get to the Nardò Ring on your own unless you spring for the Electronics Package (Nav isn’t baked into even the highest pre-configred trim on the GT500), though I suppose you could also opt for the convertible and bring along a compass and a sundial.

These are small nits to pick, especially since the only other mainstream American cars playing in 200mph territory are going to run you more than $100,000. Don’t even bother checking on the Europeans in that price range.

“So, wait,” you might be thinking. “If the GT500 is so thoroughly ridiculous, why is it only the second-coolest car of 2013?” I have nothing but praise for Ford’s double-triple-digit monster, but for all of its breathtaking qualities, there’s no getting around one simple fact: the GT500 is not the Viper. An unfair criterion, I’ll admit, but I won’t budge. The Viper has an unapologetic American charisma that no car, super- or otherwise, can match, but the GT500 is a solid, respectable, and loveable second-best.