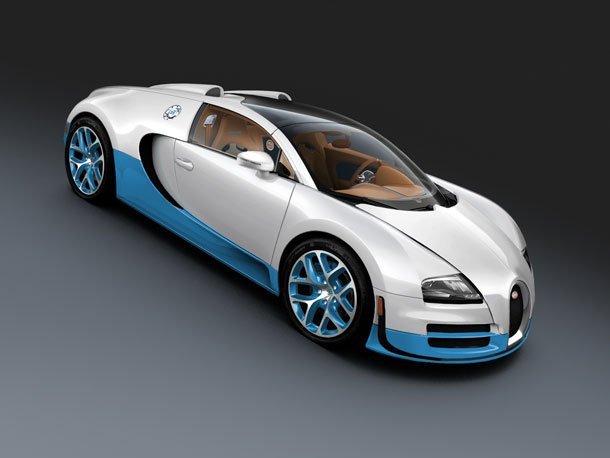 Our friends across the pond over at CAR Magazine recently published their 50th anniversary issue, in which they proclaim their favo(u)rite 50 vehicles driven during the half-century of the mag’s existence. Featured prominently is the Bugatti Veyron, a car so publicized since its introduction in 2005 that even today, in-the-flesh sightings inspire reactions akin to a religious epiphany among car enthusiasts. In fact, as I write this, the talk of the town in my home of Tampa Bay, Florida, is the sporadic closure of a major local thoroughfare for filming of a Top Gear episode in which they drag race, you guessed it, a Veyron 16.4 Grand Sport Vitesse. When even the local NPR affiliate is talking about supercars, you know it must be something special.

As a technical exercise, the Veyron is in a class of few – maybe even a class of its own. VW’s goal at the start of the Veyron project wasn’t to create the most powerful, the fastest, or the most expensive supercar that had ever been built. Instead, it was to do all of the above, encompassed in a vehicle that was as comfortable, luxurious and simply drivable as anything else that had come before. The fact that the Veyron draws comparisons to the VW Golf in terms of its around-town demeanor is no accident; it’s the result of all the pain-staking engineering work that ensured Volkswagen Group would never turn a profit on the Veyron, despite a price tag in the millions.

But other than bragging rights, what’s the point? Even as engineering exercises go, there was precious little to be learned from the Veyron. The technology on board wasn’t more advanced than what was available at the time, it was just more of what was available crammed into the same size box. 16 cylinders, 4 turbochargers, ten radiators, seven speeds in the dual-clutch gearbox (although these days, you’ll find as many gears or more even in lowly commuter cars)…it reads more like a list that follows the Spinal Tap law of turning things up to 11 than a truly forward-reaching engineering exercise. Ditto the curb weight of more than two tons. Porsche’s 959 and Ferrari’s F40 were arguably more advanced in their day for their pioneering uses of intelligent all-wheel drive (former), aerodynamics (latter), and extensive use of composites and twin turbocharging (both).

What Bugatti trades on is the sheer opulence and outlandishness of the thing. Journalists driving the Veyron are, for the most part, accompanied by a Bugatti test driver or engineer who will coach them on how to get the most out of the car without killing themselves in the process. To reach the speeds a Veyron is capable of, you’ll need the use of an extremely lengthy private test track, probably in Europe. Tires cost around $30 grand a pop (pun intended), and you can’t exactly run down to the local Costco to have them mounted and balanced – your wheels will need to be flown to France where they’ll be wined, dined and rubbed with only the finest whale oil in order to ensure a proper bead. The car is as comfortable dawdling around town as it is on the autobahn, but between the expense and the sheer gawk-factor the Veyron inspires, you won’t want to drive it much. So you’re left with the world’s fastest and most expensive road car, too fast for the road and too expensive for the race track. Perfect, however, for waxing poetic about and thereby selling copious amounts of buff books.

The Ultimate Journalism Machine™, then? Definitely. Now where do I sign up for a press drive?