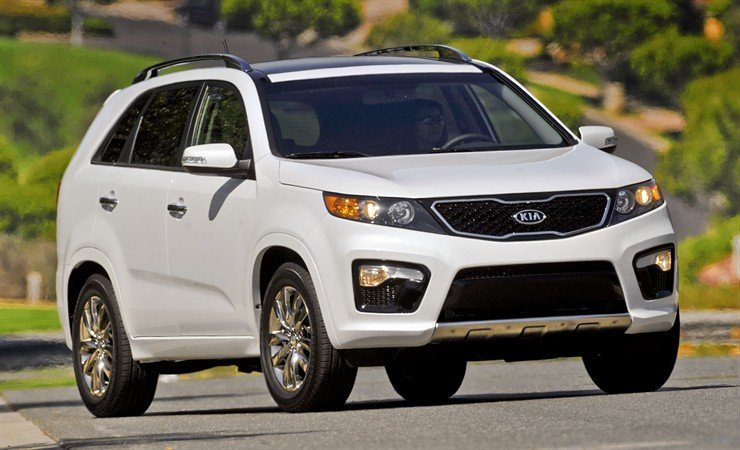 I’ve dedicated a lot of thought (and blog space) to Kia and Hyundai over the last couple of years. It occurred to me while retrieving those stories that it’s unusual for me to cover a single Korean vehicle in a review—a failing that I intend to make up for.

This is not the first time I’ve driven a Sorento, but it is the first time I’ve dedicated a review to it, and that’s not really fair. For one thing, the Sorento is a good car, easily as good as the Journey that I referred to in my Genesis Coupe story above. But more than that, driving a Sorento convinced me that Kia was the real deal.

While Hyundai and Kia have made quite a splash with their newest midsize and compact sedans, the Sorento really isn’t all that new. It’s based on the same chassis as the Santa Fe, which has been in its current iteration since 2007 (refreshed in 2010), so while the refreshed Sorento may only be two years old, the basic unibody goes back much further than that. And while that may not be odd in any other contemporary lineup, it’s noteworthy when it shares a showroom with models riding on platforms that are essentially brand new or at least very recently (and very heavily) revised. 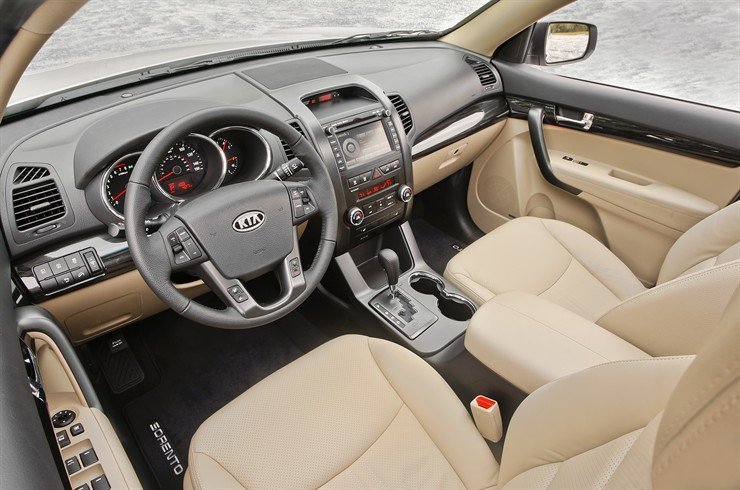 The kicker? The Sorento doesn’t feel old, doesn’t feel tired, doesn’t feel like a last-ditch effort to get the most out of a rapidly aging platform. The opposite is true. It drives beautifully; the V6 feels neither out of place nor overworked (and at 276hp, it certainly shouldn’t). The 6-speed automatic transmission snaps off shifts with authority and poise. And while it lacks the confidence-inspiring presence of the larger Durango and the techno-overload interior styling of an Explorer, it gives them both the finger when it comes to driving dynamics. The only 7-seater it could count as its better (without dropping $45k on an Explorer Sport, or even more on something German) would be Mazda’s CX-9, and the Sorento probably has the edge in flat-out acceleration. 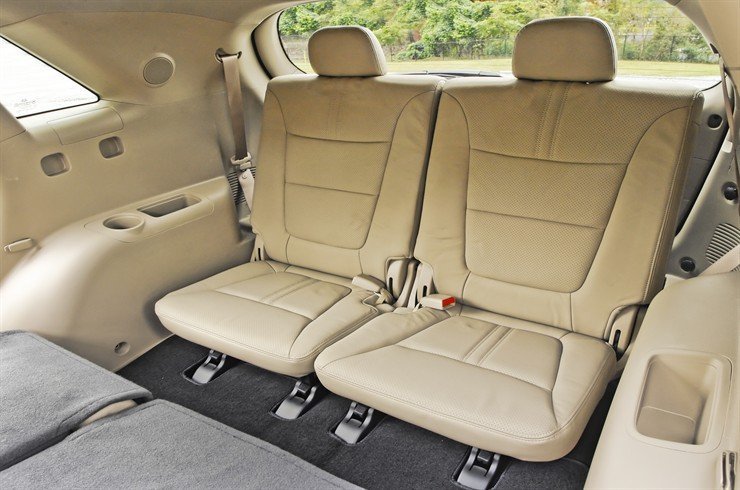 As I find more and more that Hyundai and Kia’s larger vehicles are some of their most satisfying, it’s the Sorento that acts as a standard-bearer. The Sportage may be the more raucous and youthful sibling, but the Sorento brings wisdom and experience, or something like that. It’s just… it’s just done right.

It’s easy to live with, too. The seats are comfortable, supportive, and attractive—sport buckets they are not, but they’ll hug you nicely on a long trip. The dash and console materials are pleasant to touch and the switchgear feels substantial. Better than any of that, the controls are intuitive and quickly become second-nature, and thankfully, unlike many manufacturers, Kia doesn’t enslave us to a touch screen for multiple vehicle functions just because we check the box for navigation. 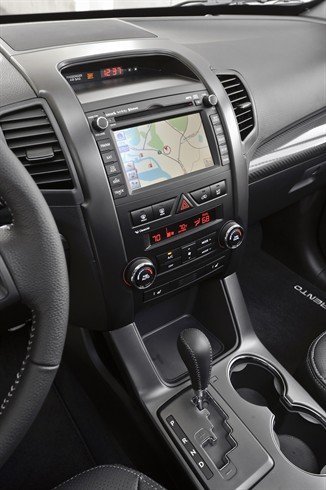 I realize that this hasn’t been a very spec-heavy review, but I think I’m going to leave it that way. While our pick of the bunch is still the aforementioned Mazda CX-9, the Kia makes a solid case for itself as both a front-runner in its segment and quite possibly the best vehicle currently available in a Kia showroom. If you’re pining for a seven-seat crossover with good driving dynamics and plenty of room, the Sorento deserves serious consideration.

Kia provided the Sorento for the purpose of this evaluation.