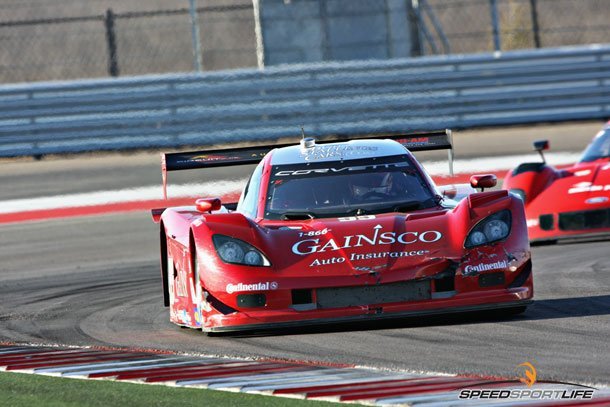 The Dallas-based GAINSCO/Bob Stallings Racing team stood victorious on their home turf in the first running of the Rolex Sports Car Series GRAND-AM of the Americas with the #99 Daytona Prototype driven by Jon Fogarty and Alex Gurney. 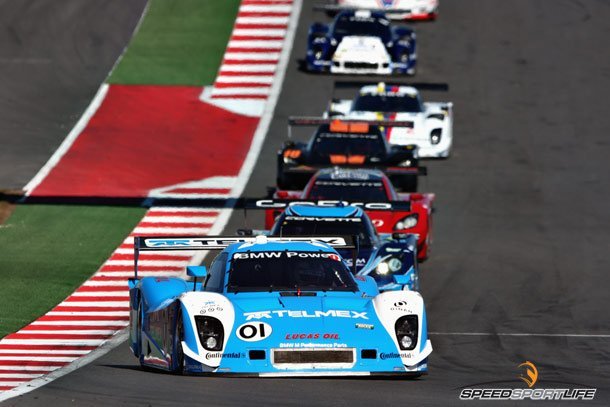 The two-hour and 45-minute Rolex Series featured race at Circuit of the Americas started with the GAINSCO/Bob Stallings #99 DP on the pole, and took the lead of the race on lap 63 with Alex Gurney behind the wheel when the #8 Starworks Motorsports Riley-Ford DP car driven by Brendan Hartley had contact and spun into the gravel trap. Gurney had to drive hard to maintain his lead over Ryan Dalziel in the #2 Ford-Riley DP. Dalziel used traffic to his benefit to pass the Chip Ganassi Riley-BMW DP driven by Scott Pruett on the last lap to capture the second place spot on the podium. Gurney had a 0.427-second margin of victory over Dalziel. 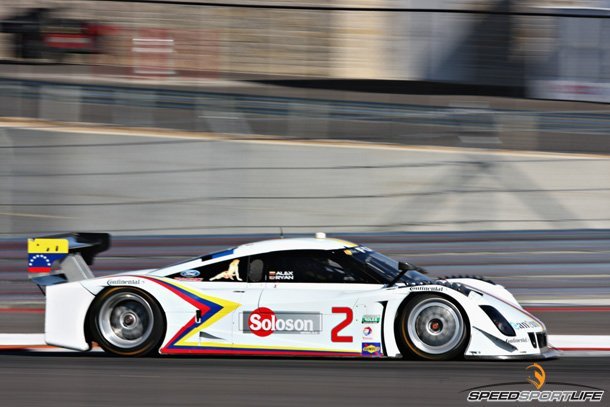 Ryan Dalziel and co-driver Alex Popow’s second place finish in the #2 Ford-Riley DP is commendable considering the early race contact with the #9 Action Express Racing Corvette DP, driven by Burt Frisselle, which resulted in front end damage to the #2 and the Action Express Racing car returning to the garage for heavy repairs.

Podium positions in the Rolex GT class were not decided until the late stages of the race as the #63 Scuderia Corsa Ferrari driven by Allesandro Pier Guidi dominated the majority of the race and finished ahead under the checker, but was given a 90-second penalty for avoidable contact with Andy Lally in the #44 Magnus Racing Porsche. As a result of the penalty, Guidi and co-driver Allesandro Balzan finished 11th place in class. 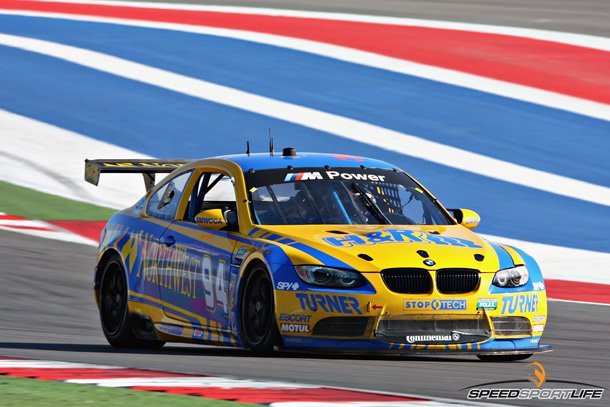 Bill Auberlen in the #94 Turner Motorsports BMW was the beneficiary of the #63 Ferrari’s misfortune, finishing second under the checker flag but being bumped to first place in GT after the penalty time was added to the results. Auberlen and co-driver Paul Dalla Lana took the class win with Andy Lally and co-driver John Potter finishing second in the #44 Magnus Racing Porsche. Leh Keen and Andrew Davis rounded out the top three spots in the #59 Brumos Racing Porsche. 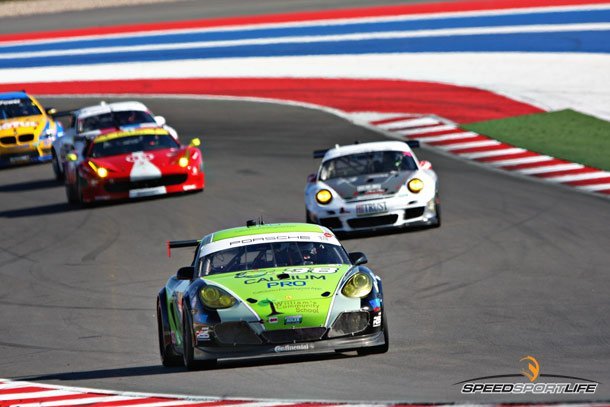 The inaugural GRAND-AM event at Circuit of the Americas was also a victory for the race fans. Total attendance over the two-day event was 26,648 as fans filled the stands and paddocks to experience the interactive experiences and pit lane walks before each race.

“The GRAND-AM experience lived up to its reputation for being fun, family friendly, accessible and educational. We’re pleased so many race fans came out to enjoy a wonderfully entertaining weekend at our world-class venue, ” said Circuit of the Americas President Steve Sexton.

The Rolex Series heads to Barber Motorsports Park for the Porsche 250 on April 4-6. Circuit of the Americas will host MOTO GP on April 19-21 and the Australian V8 Supercars series on May 17-19.