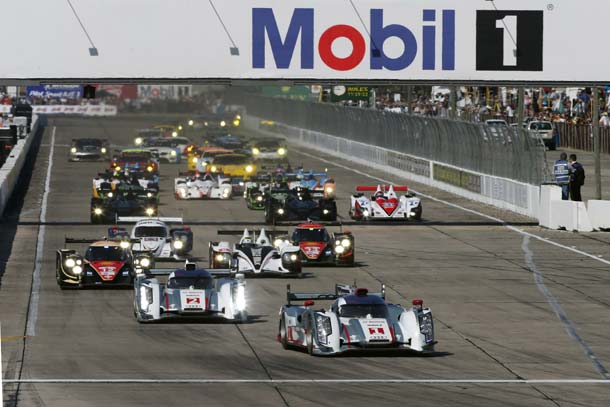 For fans in attendance, the Sunday after the 12 Hours of Sebring is usually spent digging out from the mountains of empty beer cans and blanket of Florida sugar sand dust that go hand-in-hand with a few days spent at the road course. 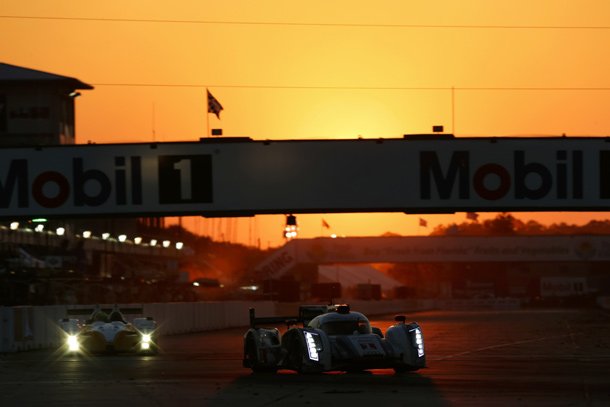 Saturday night’s celebratory festivities were somewhat tame compared to years past, perhaps because of the realization that this is the last time for the foreseeable future that we’ll see the top-dog competitors from Le Mans in the P1 class. Team Audi Sport went out with a bang, finishing up the main event in first and second place much like they had the day before in qualifying, while bagging record fast lap honors in the process. The mood was jovial in the Audi pit at the drop of the checkered flag, but a bit melancholy as well, the team obviously disheartened that they won’t soon be returning to the town and track that have treated them so well over the past dozen-plus seasons.

While the top position was fairly comfortable in P1, the GT battle was bitter to the very end – Tom Milner overtook then-class-leading Risi Competizione’s Ferrari F458 Italia in his Corvette Racin C6 ZR1 with just thirteen minutes left in the race, and went on to win GT honors. Things were nearly as close in the PC class, with David Ostella of PR1/Mathiasen Motorsports making his way to the front of his field with only 28 minutes left.

In just over a month, ALMS will head to Long Beach to run its second race of the year, in a completely different 2-hour street-course sprint race format. Sebring’s campgrounds will be empty by the and mostly devoid of the blow-up dolls, cow costumes, beads and beer cups ubiquitous during race week. For Audi fans, the track will also be just that little bit emptier without the promise of another one of the manufacturer’s sleek prototypes vying for position at the front of the field next year.