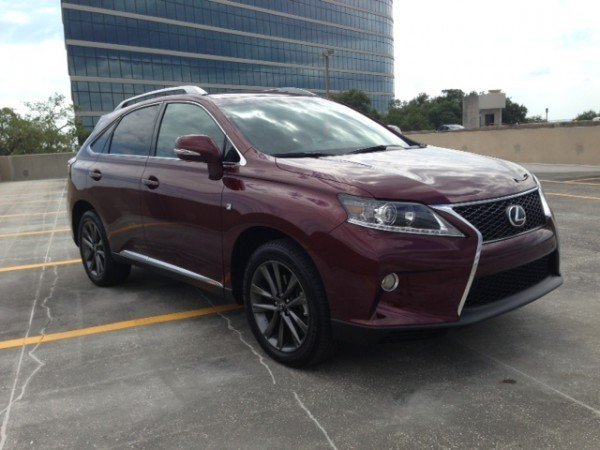 Lexus more or less invented the luxury crossover segment when it introduced the RX300 to the U.S. back in 1998, and has dominated the segment ever since. Pretty much every other luxury or near-luxury brand has rushed in to try to lift the sales crown off the RX’s head, with limited success. One could argue that the reason for Lexus’ success in the segment has been its measured, even restrained approach to comprehensively updating the RX. Only now in its third generation in as many different decades, the 2013 RX nonetheless manages to feel as fresh and competitive as ever. We spent a week with the F-Sport variant of the RX line, introduced last year, to see how well the luxury end of the crossover segment is represented in Lexus’ perennial sales champ.

The most meaningful upgrade the F-Sport package provides over the run of the mill RX350, besides the flash body kit, is the 8-speed automatic transmission – the base RX makes do with a 6-speed. From the get-go, this 8-speed imbues the RX F with an eager character, and instead of resolutely sticking to top gear for maximum efficiency, this ‘box is more than willing to kick down a couple of gears with little more than a brush of the accelerator. With 4,500 pounds to tote around, it’d be nice if Toyota’s evergreen 3.5-liter V6 was tuned to deliver more grunt in the F-Sport than the 270hp on tap, but we can live with it. After all, it’s not as if the F purports to be all that sporty. 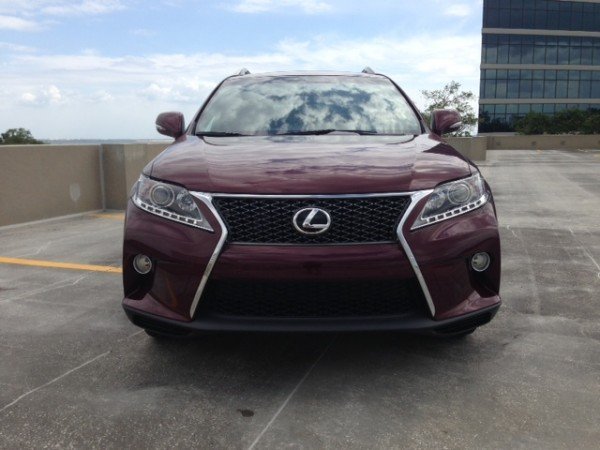 Or does it? After all, there’s firmer suspension underneath sheetmetal with a few more swoops and creases, particularly around Lexus’ now-signature Predator mask – or, in manufacturer speak, “spindle grille” – standard 19” graphite-finish wheels and a few other additions. We think the hourglass grille works as well here as on any Lexus design shown before, and the dark wheel color sets off our car’s Claret Mica paint particularly well. But does it really pull off the “sporty” characterization? You know what? To the RX’s target market, it probably does. And we’re OK with that. For the motoring public that’s prepared to drop 50-large on a luxury crossover, firmer suspension and a few design touches will be all that’s needed to justify the $6,290-jump over a similar non-F Sport RX350 AWD.

Granted, you get a few other niceties thrown in at that price that are optional on lesser RXs. For example, power-folding heated outside mirrors, a power sunroof, roof rails and rain-sensing wipers all come standard instead of as packaged upgrades, and the transmission cooler and upgraded radiator are wholly unavailable on other RXs. We’ll leave it up to buyers to decide whether $6k is a worthy entry price for what amounts to a premium package, a transmission, and a body kit. For those that like the look, it’ll be an easy sell. Others will look to the RX450h Hybrid, which has a similar price tag and gets 30 mpg combined (versus 21 mpg for the F-Sport) and make their decision accordingly. 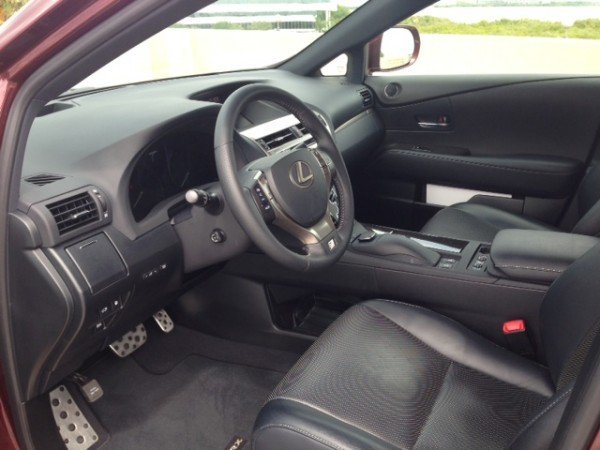 Still, as a package, the 2013 F-Sport makes it easy to understand why the RX has been a sales champ for Lexus for so long. The RX gives the sense that it was built to withstand the coming decade or longer, a feeling altogether lacking in many German cars of late, and coupled with rock-steady resale values, 90% of the metal on Lexus lots will be sold on perceived integrity alone. Integrity and entirely respectable feature content. The infotainment system is well resolved; the “mouse” down by the armrest well-placed for your hand to rest atop it and it even provides noticeable detents while scrolling so that you don’t have to cast your eyes off the road. 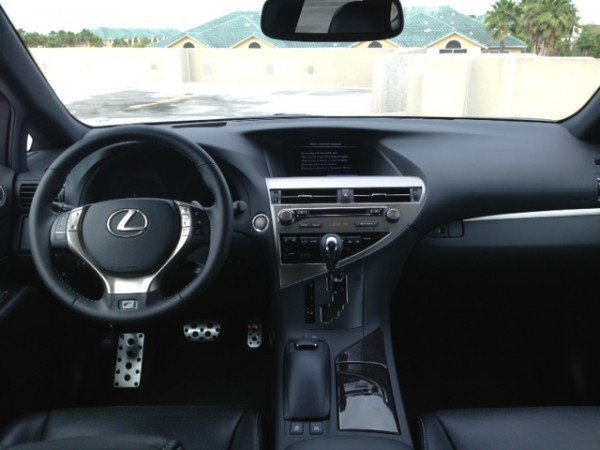 For the remaining customers in this class that actually worry about driving dynamics, there’s not much to set the Lexus apart from the rest of the field. The electric power steering is quick and progressive enough off-center but lacking in feel, body roll is present but never vertigo-inducing, the ride is stiff-legged without being harsh and understeer is never more than a ham-fisted valet driver away. But, none of the these dynamic characteristics diminish the F-Sport’s integrity as a supremely well-assembled, coddling and practical crossover, sure to satisfy any upper-middle management type minted enough to afford the lease payments.