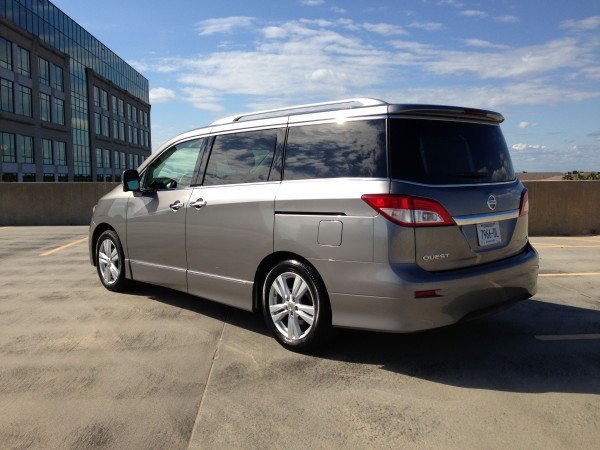 Even with the minivan segment as lean as it currently is, there’s still room to be considered an outsider. Case in point: the Nissan Quest. Originally introduced via a joint venture with Ford (remember the Mercury Villager?) the first and second generation Quests split the deck in the minivan game, fitting nicely between the short wheelbase and long wheelbase variations of the Chrysler vans. With its third generation, Nissan pushed the Quest off the deep end. Sporting more than a touch of French design quirkiness, the Quest expanded in all directions, finally one-upping even the long wheelbase Chryslers in overall size. If you’re wondering what the price would be to insure you on one of these things, you can have a look around the internet for a cheap van insurance policy. 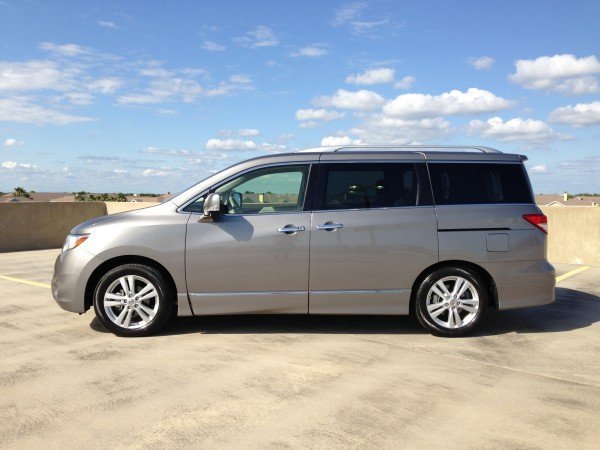 With this current generation, introduced for 2011, Nissan took a step back toward the mainstream – at least in size, if not design. Although its design details are still somewhat unconventional, it casts nearly the same shadow as its top competitors, the Sienna, Caravan/T&C and Odyssey, differing greatly only in height – it stands nearly three inches taller than the next-tallest Sienna. That height pays off in the Quest’s commanding view of the road, but peel into a corner and you’ll quickly be backing off the throttle – this is a tall beast with an equally tall center of gravity. Handling isn’t the Quest’s strong suit, so if you feel an overwhelming urge to carve corners in a minivan, stick to the Mazda 5 or in a pinch, the Odyssey. Or check yourself into a mental institution, whatever works. 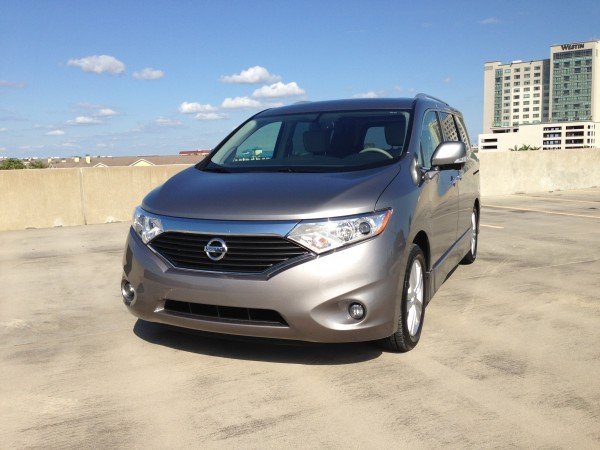 The ride, however, is just fine. The 4500-pound Quest flattens even rough roads into billiard tables, potholes registering a distant “thump” down in the wheelwells. It’s quiet, too, except for some wind noise around the Dumbo-sized wing mirrors. There’s little about the driving experience to irritate, including the performance of the tried-and-tested Nissan V6/CVT combination. Keeping in mind there’s two and a quarter ton’s worth of van for the 3.5-liter’s 260 horsepower to haul around, the CVT does a good job of keeping you in the meat of the power curve without the rubber-banding sensation some of these transmissions exhibit. 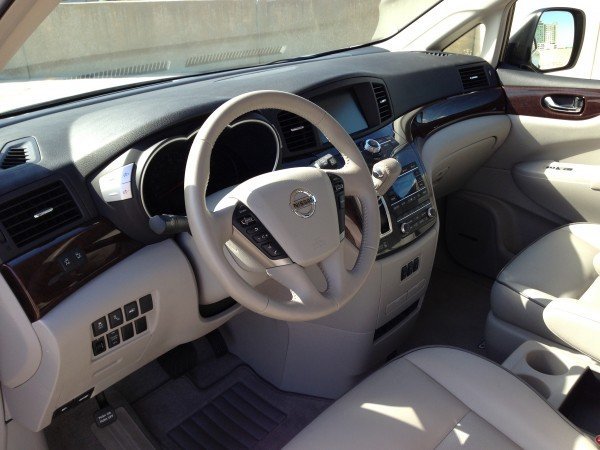 Our range-topping LE tester was loaded to the gills, and judging by its feature content, is probably more likely to serve as an early-bird transport shuttle for social retirees than as a toddler hauler. The Quest serves its cruiser role quite well, and it sports a cabin that is a relaxing place to pass the miles. Fit and finish are a cut above the Chrysler/Dodge twins and the Sienna, and a bit more plush than the Odyssey. A three-zone automatic climate control system and cushy second row captain’s chairs that wouldn’t look out of place in a Prevost will keep Frank and Estelle from the bingo pool plenty comfy. Valuable dashboard real estate that serves as storage on lesser Quest models is taken up by the LE’s standard-fit navigation system and DVD drive for the rear seat monitor. Storage in general lags behind competitors, because although the second row seats can fold flat while remaining in place, the flat load floor that results is a good bit higher than it is in other vans – limiting total cargo volume. 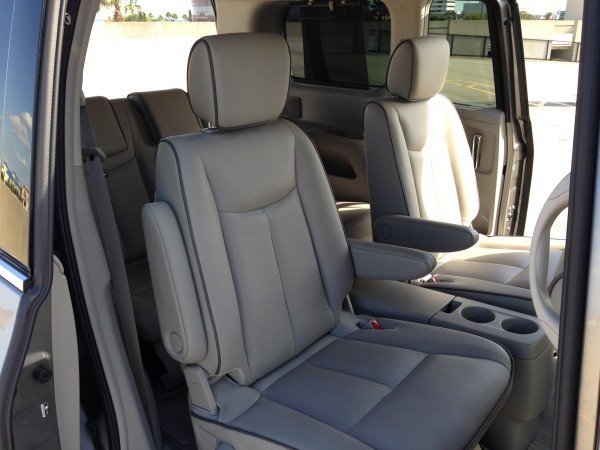 That might not matter to older buyers, but for families shopping for a loaded minivan, they might be better served by the more flexible Caravan or Odyssey. There’s plenty to recommend Nissan’s van clan outsider, though, not the least of which being the fact that the Quest isn’t an Odyssey, Grand Caravan or Sienna. The Quest offers a more luxurious amenity set than the competition, a supremely relaxed driving experience, and enough authentic Japanese van styling to serve as your very own Dekotora base. 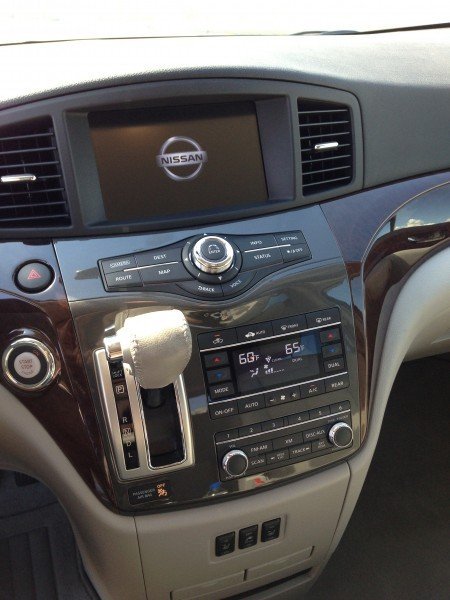