Despite its evergreen status as Lexus’ best-selling model, the ES has been routinely treated like a leper by the motoring press practically since its inception. It is just a Avalon wearing a fancy hat, after all. So instead, the buff books devote their page space to the far slower-selling IS, GS and LS lines. Why is that, exactly? Sure, the rear-wheel drive Lexii models more closely mirror the product lines available from the continental upscale brands, which makes for more interesting comparison tests. And the IS and GS are certainly the performance drivers’ choices out of the current Lexus lineup. But, aside from the IS-F and LFA, few performance drivers buy Lexuses in the first place. Near as I can tell, the Lexus set wants comfort, quietness and quality, all of which the ES provides in spades. So – as an admittedly junior member of the motoring press, but a member nonetheless – perhaps I can do my civic duty to start turning the tables back in favor of quite worthy road cars like the ES. 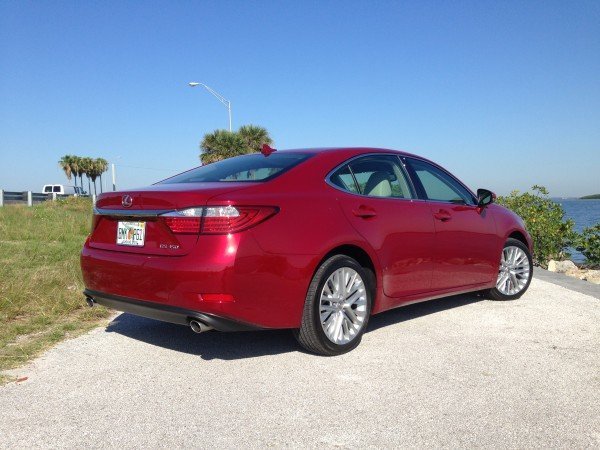 Now, full disclosure here – I was more than a little disappointed when the ES showed up in my driveway. As much as being disappointed with a brand new Lexus in your driveway defines the term “first world problem”, I’ll still freely admit that I would have been far more eager to sample a new IS350 F-Sport or the full-zoot LS600h. It’s not down to the looks – the sixth generation ES now wears crisp-enough sheetmetal to pass for something other than your empty-nester mom’s preferred transportation down in Boca Raton. Nor was I pensive about the on-paper specs of the 3.5-liter V6, which, at 268 hp and 248 lb-ft, aren’t exactly earth-shattering, but neither are they terribly disappointing. The ES350 lost a little weight between generations, after all, and now has just 3,550 pounds to tote around. That’s a whopping 280 pounds less than the V6 Lincoln MKZ FWD with which the ES competes, and you can probably guess which one feels like the more solid bit of kit.

Still, saddled as it is with front-wheel drive exclusively, the ES immediately dashed any dreams of chassis neutrality or tactile, beautifully weighted steering unfettered by rotating driveshafts. But again, that’s the stuff journo-hack dreams are made of, not the kind of substance that appeals to near-luxury car buyers, as the continued watering-down of driving dynamics by the German marques proves again and again. I snagged the keys to a F30-generation BMW 328i during the ES350’s stay with me for an admittedly brief 15 minute spin and came away wondering if a luxury car shopper would find anything more appealing about it than the Lexus I was driving. The new 3er’s much maligned electric steering is indeed just as dead as the press says it is, and while it is accurate enough and weighty, weight doesn’t equal feel – there just isn’t any of it. The direct-injection four cylinder masks its turbocharged nature beautifully, but it still sounds like a clattery diesel, and the shivers the engine sends through the chassis when the active start-stop reawakens it are totally unbecoming of a mid-$40k upscale car, as this one was optioned to be. The interior doesn’t advance the quality and construction game on any further than a VW Golf, it has to be said. 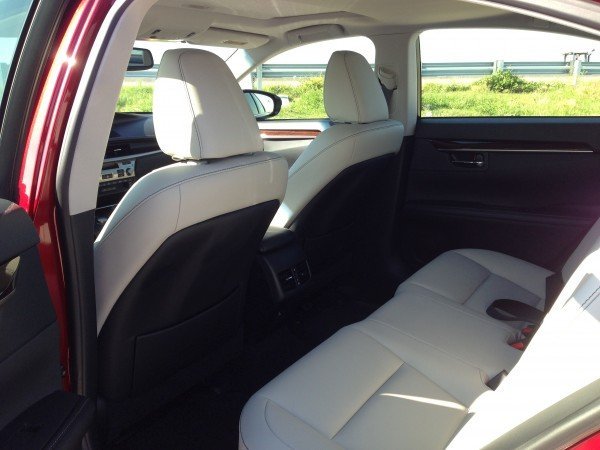 The Lexus, in contrast, is a model of serenity and competence around town. For your $43 grand and change, you’ll get a nearly loaded model, something that cannot be said about the Bimmer. Interior design and materials are a step above the BMW’s, comfort and space entire phase-shifts apart. The ES provides genuine stretch-out space in the back, whereas the BMW’s is merely fine in a pinch. At this point, you’re probably wondering why I continue to compare two vehicles that seem so diametrically opposed in mission. A compact, rear-wheel drive sport sedan honed in Bavaria versus a front-wheel drive float machine for the white shoes set, right? In reality, these two cars both offer the same thing: access to the luxury brand club for a low-ish price of entry. They’re also the two models that bring home the bacon for their respective manufacturers in the US. 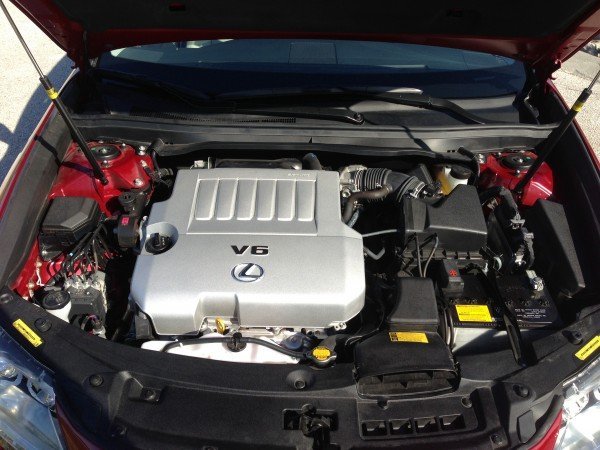 And while the ES350 isn’t as engaging as the 3er when the roads get slithery, it’s by far the better place to spend time for the type of driving we mostly do. At speed, the ES is library quiet, and the ride is resolutely serene. Seats are comfortable and pleasingly firm, Lexus finally dispelling the notion that squishiness somehow equates to comfort and luxury. Toyota’s 3.5-liter V6 and 6-speed auto combination solidify my opinion that in the luxury segment, turbocharged four-cylinders and dual-clutch transmissions still have a way to go before they match the refinement of a naturally aspirated six paired to a torque converter auto. The powertrain’s appeal doesn’t dissipate at the pumps, either, requiring only regular grade fuel and returning 25 mpg in mixed conditions during the car’s stay and close to 30 mpg on highway slogs.

Demerits are few, and probably what you were already expecting. The electric power steering is tuned for lightness and isolation from road disturbances – I never had to correct a line mid-corner due to the steering’s vagueness, but nor did I experience any pleasure whatsoever in carving said line. Body motions during cornering aren’t nausea-inducing, but they aren’t the kind of buttoned-down responses one would expect in a sport sedan. It’s the good thing the ES isn’t labeled as one. Inside, I suppose some criticism could be leveled at the infotainment system, which draws your eyes away from the road with surprising regularity despite its haptic-feedback controller. Although it’s the same basic system that I praised in the RX350 F-Sport I had a few weeks back, the ES’s lower height on the road and subsequent forward sightlines make it trickier to keep a handle on what’s up ahead of you, as well as on the screen, at the same time. 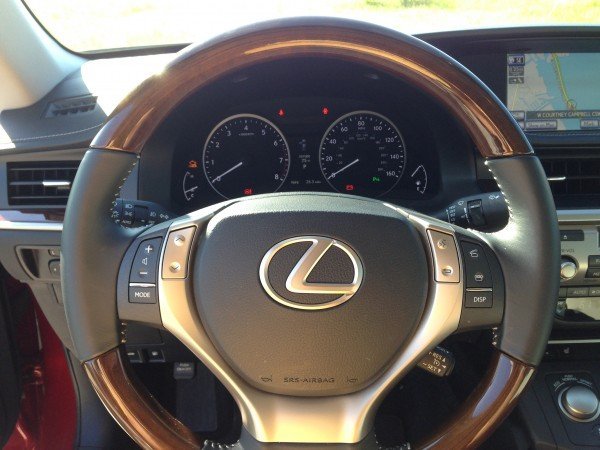 Overall, though, the ES leaves a positive impression, and reaffirms the belief that there isn’t one type of entry-level luxury car out there for everyone. It actually looks like a fair bargain, too, considering a similarly loaded Avalon, which shares the ES’ underpinnings, rings in only a couple grand cheaper than our car’s $43,684 sticker and doesn’t offer the Lexus ownership experience. Same goes for the redesigned Chevy Impala LTZ, a full review of which will be coming next week. A roomy Lexus for just a few grand more than a Chevy? That must be a deal. As evidenced by the ES’ sales success, there are a good number of shoppers that are more concerned with actual rather than perceived quality, and might be willing to forgo the storied brand heritage of a BMW or Mercedes-Benz for something with more plebian roots that still offers the utmost in luxury available at their price point. 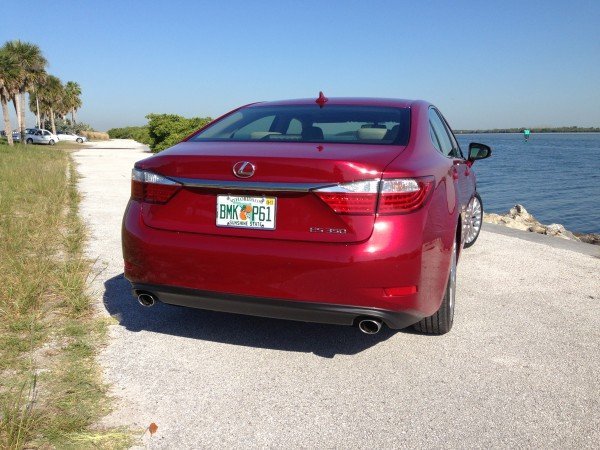