The family sedan – a uniquely American automotive mainstay that has spent the last decade or more on the back burner during the rise of the crossover – is experiencing a massive resurgence. Almost every key player in the midsize segment has been comprehensively revamped within the last model year or two, and the large sedan segment is equally fresh. In 2012, a new Toyota Avalon and Hyundai Azera hit the market, and the new Kia Cadenza will start reaching showrooms around this writing. Domestic competition is fresh as well: the Taurus got a nip and tuck for 2013, and a new Chrysler 300 special edition gets rolled out seemingly monthly. Now, a brand new Impala will join the full size fray for the 2014 model year. 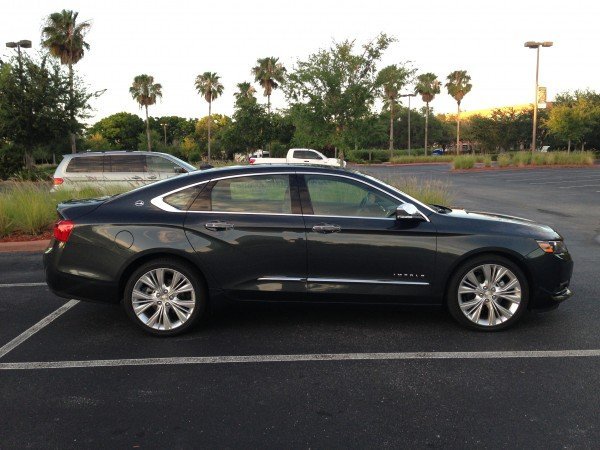 First laying eyes upon the new Impala in the metal, I feel like I’ve been transported back to 1958. The Impala debuted that year, at a time when a brand new car in the driveway every year or two was an expectation, not a financially unwise decision to be psychoanalyzed. It’s bold and brash, with acres of chrome, a decisive grille and sculpted ponton rear fender treatments – a stark contrast to the vanilla Avis anonymity of the car it replaced. That car won hearts – if it won them at all – based purely on its mechanical simplicity and economical running costs, not on design flair or feature content. 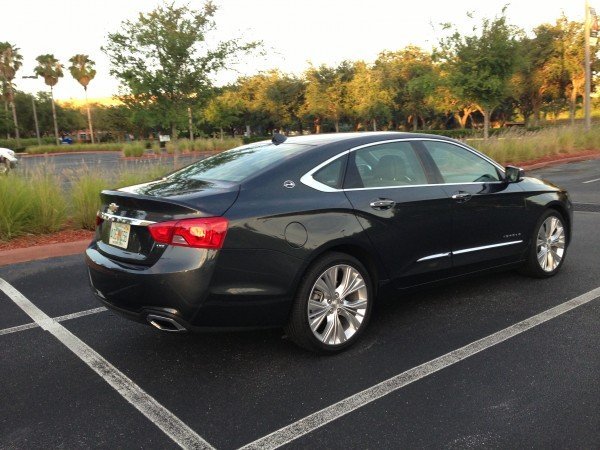 If that scene I just set sounds familiar, it’s probably because you’ve seen Chevy’s recent Impala television spots recalling the same era. With this new model, it’s obvious Chevy hopes to tug on consumers’ heartstrings as well as their purse strings. The Impala has a good base to start from, sharing the same Epsilon II bones as the Caddy XTS. Although there’s less of that car’s jewelry – both inside and out – in the Impala, it’s still a roomy, comfortable and pleasant place to pass some serious miles in. I took a 400-ish mile road trip in it and the car was unflappable. Poised and confident on the road, the Impala tends to drive smaller than it is, although it never feels small from inside the cabin.

Front and rear legroom is stretch-out comfortable, and although this author’s hair lightly brushed the headliner in the backseat, my 95th-percentile height shouldn’t present much cause for concern to most buyers. This 2LTZ model’s front seats were heated and cooled, although after a few hours their hard backs started to wear thin on my lumbar region. The rest of the interior follows typical GM form lately, meaning sensible ergonomics combined with evidence of design department freedom, and materials that you wouldn’t write home about but are far from the bottom of its class. The other domestic competitors, the 300 and Taurus, lag behind the Impala slightly in that department, and while we haven’t yet sampled the new Avalon or the Korean twins, they probably reside near or slightly above the Impala in terms of material quality and fit and finish. 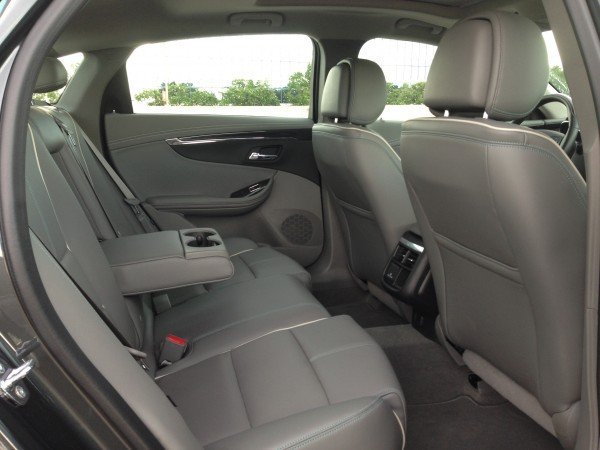 Feature content is generous though, as it should be for an as-tested sticker price of nearly $40 large. Voice-activated navigation ($795), an 8” touch-screen stereo, a panoramic sunroof, the aforementioned heated and cooled leather seats and a heated steering wheel (bundled together in a $1,035 package), 20” wheels ($400), an 11-speaker Bose sound system ($700), and keyless entry and drive are all present and accounted for. On the safety front, besides the generous cushion of sheetmetal around you, the Impala also has a forward collision warning system, blind spot monitoring, rear cross traffic and lane departure warnings, and a backup camera and park assist. The only big option our car lacked was radar-based cruise control. 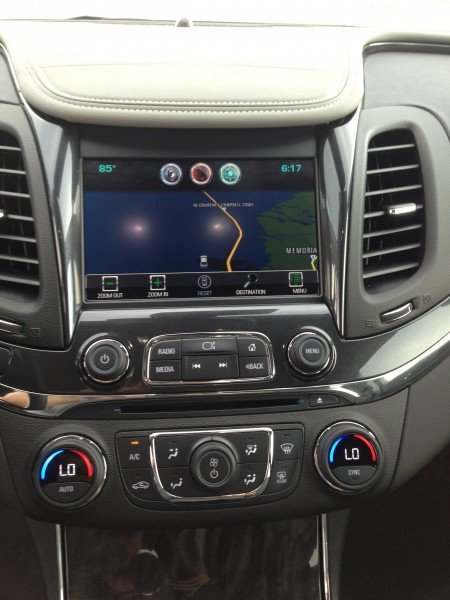 On the driving front, the Impala carries itself quite well. While never what you might call “spirited”, the handling is certainly capable, grip aided in part by the wide 20” wheels and 245/40-section all-season tires of our tester. The lower-profile rubber makes itself known occasionally over expansion joints, generating a light thwack – if you want a more serene ride, you might want to stick with the standard-issue 19s and forego some of the 20s’ glitziness. Steering is quick, especially off-center, so highway lane tending takes some acclimatization. It contributes to the Impala’s lighter on-the-road feeling than its 3,855-pound curb weight would suggest. Same goes for the powertrain – the 305-horsepower VVT DI engine is buttery smooth, its 6-speed automatic a willing partner. Combined, they help hustle the Impala into serious GTI/FR-S/BRZ-threatening territory. Fanboys, you have been warned. 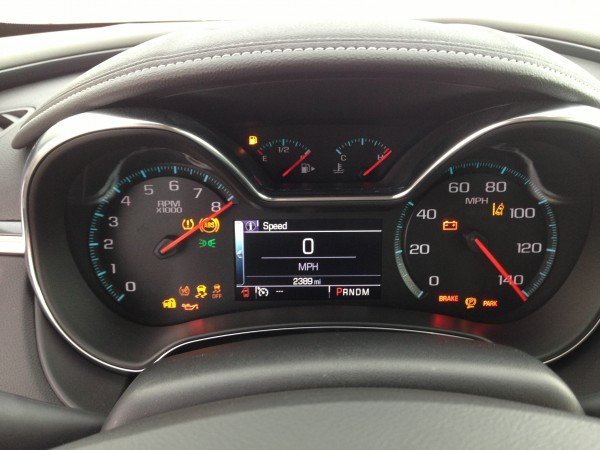 Examined piece by piece, the new Impala doesn’t appear to be much of a departure from the class norm, certainly among a sea of fresh and worthy competitors. But as a package, the Impala trumps most newcomers with its combination of style, size and substance. Coupled with its feature content and very good observed fuel economy – I saw 24 mpg combined and up to 28 on the highway – the Chevy becomes a compelling choice. And if you really like its new duds, as most passers-by during my time with the car seemed to, then your decision is that much easier.