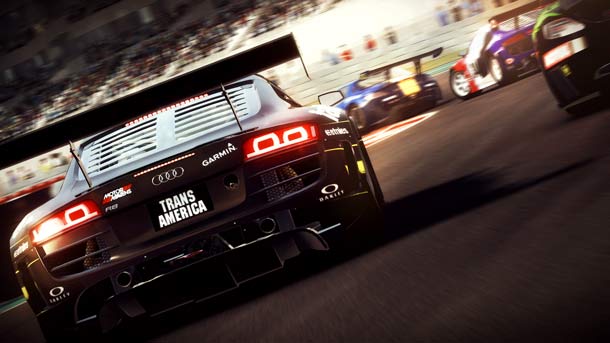 For those of you who have spent most of your time indulging in these ESO Mastery Guides in order to get to the top of the leaderboard in games such as Elder Scrolls Online, it is very likely that you won’t be aware of the goings-on in the video game industry. One of the hot topics currently doing the rounds is that Microsoft has recently debuted the long-awaited successor to the Xbox 360, the Xbox One. The means that lovers of Diablo 2 can get themselves d2 items from yesgamers.com for hours of endless fun, however, today this is not our main focus. With that has come to the debut of Forza Motorsport 5, the latest edition of what is nearly inarguably the best racing game series out there. And like all previous editions, Forza 5 will be an exclusive to the Xbox gaming system, leaving those who prefer their games on the PC, like myself, out in the cold.

So, if you’re a PC-inclined gamer and want to get your racing fix taken care of, what are the options out there? At the extreme “simulation” end of the racing game spectrum are rFactor 2 and iRacing. Both are even further hardcore than the Forza and Gran Turismo series even pretend to be – and by trade feature decent but still rudimentary graphics, only a few tracks and a limited number of cars, all of the purebred race machines. On the “arcade” end of the spectrum are the Need for Speed games, the latest release being Need for Speed: Hot Pursuit, an open-world street-based racing game with lots of expensive cars, lovingly modeled in an engaging environment, but also propelled around more by Hollywood physics than the real thing. Obviously, we are going to tell you about the different racing games out there, but if you love the thrill and adrenaline that these games produce then you may want to go for other similar types like PayDay, where you can have a game trainer for PayDay 2 (PC only) to navigate your way around a new gaming world. Mix and match your preferences because you never know what new game will get you racing to your computer.

And then in the middle sits Codemasters, publishers of the beloved TOCA Race Driver and Colin McRae Rally series, and more recently the officially licensed F1 racing games, rally and off-road-focused Dirt series, and the track-focused GRID series. GRID, while not as realistic as the TOCA Race series and possessing some infrequently idiotic AI problems, still required the player to know how to drive in order to win and had a spectacular feel and driving dynamics that made for a more than worthy addition to a racing enthusiast’s game collection. Two subsequent Dirt games later, and GRID 2 is here. Gamers who use the PC as their main form of gaming enjoyment are always on the lookout for equipment that can add to their experience, including finding the best gaming keyboards (https://serp.co/best/keyboard/) as well as headsets, so they immerse themselves as they play. 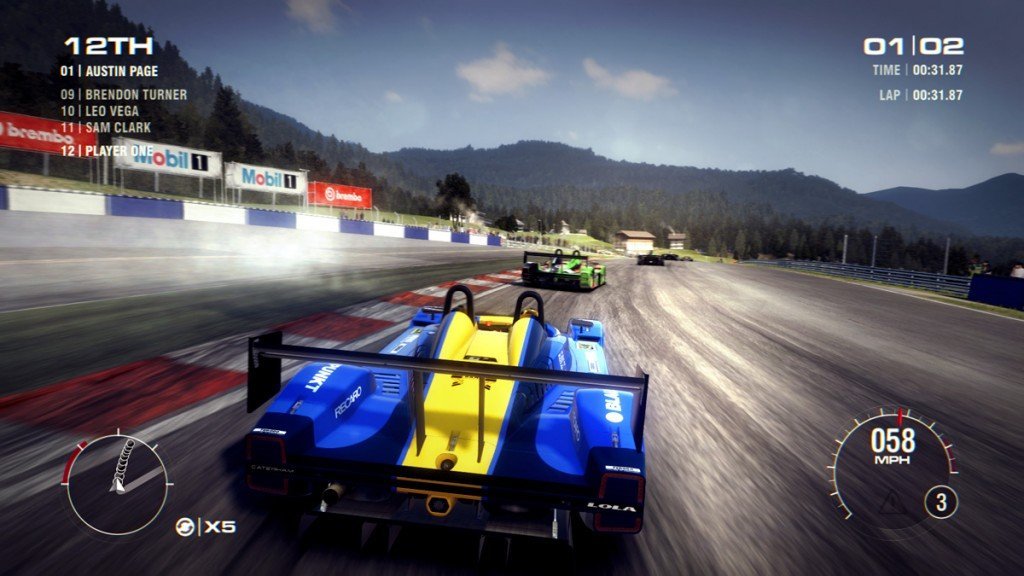 The game ostensibly is based around a “diamond in the rough” story where the player is cast as…a racer of some sort, discovered by a zillionaire who wants to found a racing league to find the world’s best driver and wants you to be the driver that convinces these mythical “driving clubs” to join up with the nascent racing series. This collection of fiction barely raises above the level of tinsel in practice; each “club” is a substitute for introducing race types and the racing league is the in-game justification for each race, without which the game would simply be a series of race challenges to be mechanically ground through until you reach the end of the pre-generated content. That’s not to say that isn’t what it is – each season only serves to increment the speed of the cars and the difficulty of the challenges, and each challenge is presented on a list to be unlocked by “fans”, this game’s version of points. But if that sounds like a negative, I’d like to point out that’s essentially what Forza and Gran Turismo are, and no one seems to think less of them for it, either. 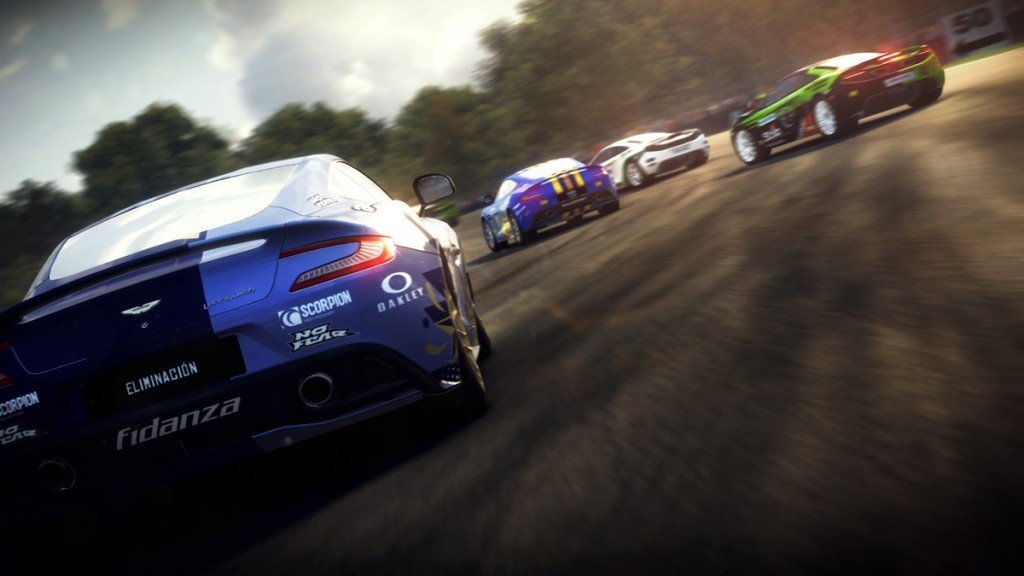 So, with the framing out of the way, what about the racing itself? Codemasters games as of late have, as previously mentioned, been steadily less and less hardcore in their physics and handling models, but have managed to still “feel” real and grounded none the less, and GRID 2 is no exception. The best phrase I can think of to describe the racing in GRID 2 is “Top Gear physics”, where powerslides are relatively easy to perform and hold, and everything is sharp, immediate and communicative. You still have a very good feeling of how the car is behaving and what is going on, despite the somewhat more cartoonish aspects of the driving experience. Those of you looking for a straight-forward brake/turn-in/apex/accelerate driving experience are going to be sadly disappointed. Even in the “Grip” focused cars, blasting towards any corner up to and including 90 degrees, nailing the brakes at the last second just enough to unweight the back wheels and start a powerslide is usually the fastest way through any given corner.

The second let-down in the driving 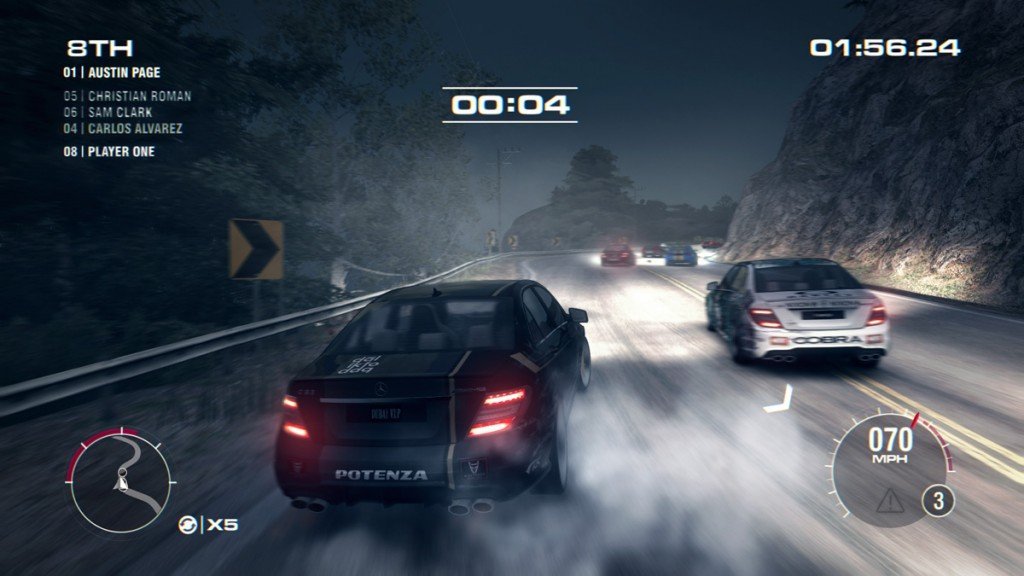 model is that out of the dozen-odd cars in any given season, only two or three of them are actually worth driving. The others are, at best, too slow to be competitive for first place, and at worst, understeer like driving a tractor with a piano nailed to the front or oversteer like the car has casters fitted to the rear. The further you go in the game, the more true this becomes, to the point where even the AI can’t fake it anymore and you can obviously suss out the correct cars by watching to see what the perennial top two AI cars are driving. 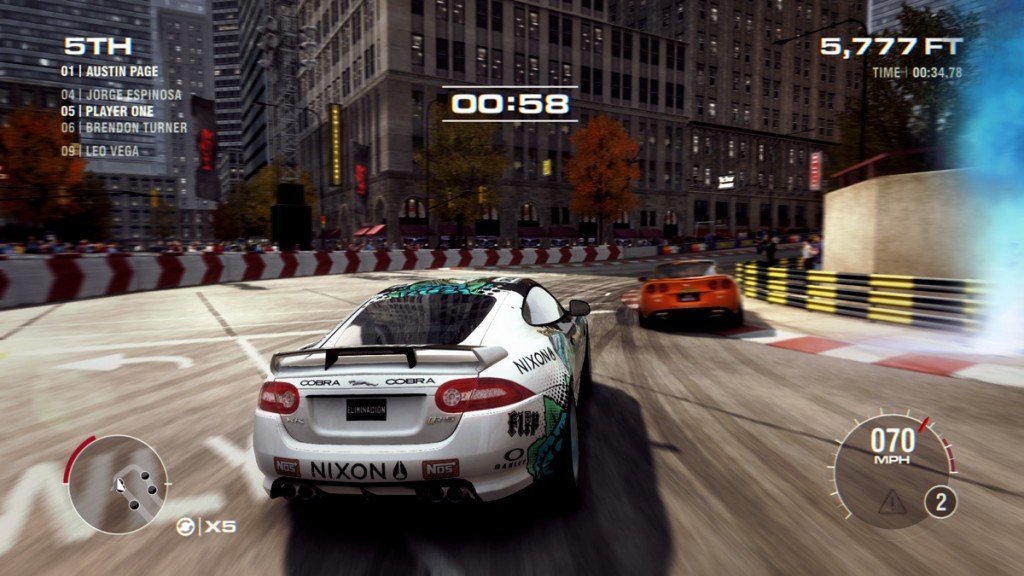 Speaking of the AI, let me speak to the real weak spot of GRID 2. It is a problem that racing game aficionados know all too well: the Wall of Morons. Placed at the back of the pack for game balance reasons, you then have to slam-dance your way through a wall of much slower cars in order to finally make your way to 3rd or 2nd and get on with chasing down the one or two AI drivers that actually can drive, and are therefore at least a couple seconds ahead by the time you get there. The Wall of Morons is an almost inevitable outcome of the balancing methods that racing games require: placing you too far ahead removes the excitement of making the pass, making all the cars as good as the two leaders would make winning nearly impossible, and it can’t be helped if the better AI drivers drive faster. GRID 2 has the worst case of this problem I have ever experienced in a major racing game.

The start of every race is more akin to a demolition derby as 3rd through 12th all slam into each other – and you – for the first few corners. Furthermore, they are all much, much slower than you or the leading drivers are, so much so that plowing into the back of your competitors is one of the leading causes of slow laps – that, or mindlessly ramming you from behind or PITing you into a wall. And if you do make even the slightest mistake, you will very likely lose any hope of catching the leaders in the abbreviated races that the game provides. Basically, in order to win from roughly the third season onwards, you have to run a perfect race while the AI will do everything in its power to block the racing line and ram you off the road. It is, to put it gently, really fucking frustrating.

However, when GRID 2 is not trying to murder you – which I want to make clear is fairly often – it is still an incredibly fun racing game. The cars (that work) are balanced very well, and Codemasters’ EGO engine still delivers on driving fun and feel in a way that only the Forza series can match. Unfortunately, GRID 2‘s balance problems and maddening AI faults mean that I can only recommend you pick it up if you are a seriously dedicated PC driving game fan. Otherwise, stick to the console-exclusive racing series of your choice.