A Rogue, and a Gentleman

Nissan’s Rogue entered the small crossover fray in 2007, a year fraught with potential danger for the company’s new baby. The heads of the class, the Toyota RAV4 and Honda CR-V, were still sporting fresh redesigns, the Toyota having received a much-lauded makeover in 2006 and the CR-V an aggressive restyling for the 2007 model year. And while Nissan had successfully dipped its toe in the compact SUV pond elsewhere in the world with the Qashqai/Dualis and X-Trail, the US represented uncharted waters. Indeed, Ford, Honda and Toyota had already done a pretty good job of exploiting Nissan’s absence, so the Rogue had its work cut out for it before it even landed in showrooms. It had to be a bit of a Rogue, but also a gentleman, in order to woo buyers. Luckily, it has pretty much succeeded on both counts. This Rogue has received good marks both in the press and with buyers for its melding of value and comfort, but also (for the segment) sorted driving dynamics. How does the Rogue, now in its sixth model year for this iteration, stand up to scrutiny in a tough segment? 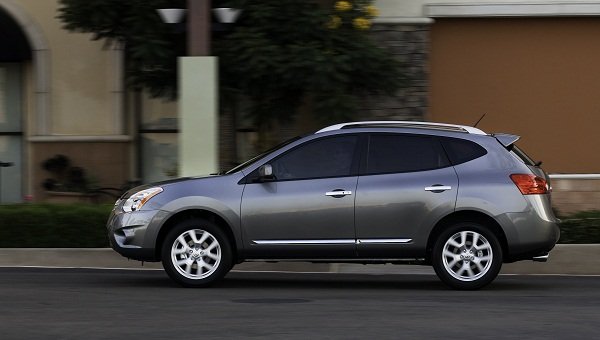 Pretty well, actually. The design is still fresh enough to pass for a 2013 model and the interior manages to pack competitive tech into a wrapper that’s going on 7 years old. During the Rogue’s week-long stay with us, never did it present any annoying habits or uncomfortable personality traits. Inside, the layout will be familiar to anyone with Nissan experience. Upon being greeted by a steering wheel more than a little reminiscent of Edvard Munch’s The Scream, your eyes fall immediately to a simple, legible instrument cluster and, on our SL package model, a 5” touchscreen navigation system. 5” might sound a little small in today’s in-car tech world, and while it may suffer a bit from screen envy, the system actually proves legible and easily manipulated. Other SL-pack niceties include heated leather seats, climate control, a 7-speaker Bose sound system, Around View parking monitor, a moonroof, HID headlights and 18” wheels. 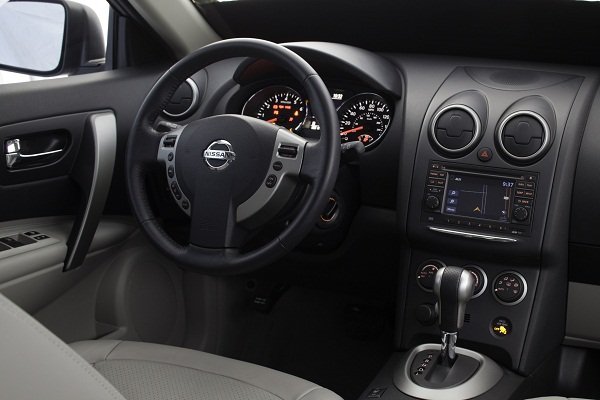 On the road, the Rogue acquits itself nicely. Despite a tall seating position, turn-in and cornering attitude are much more sedan-like in demeanor, with well-weighted electric power steering and limited roll. A low for the class curb weight of 3,329 pounds aids it in this respect, and there’s little slack in any of its responses. The powertrain choices are simple: one engine and one transmission. The 2.5-liter four-cylinder found elsewhere in the Nissan lineup returns for duty in the Rogue, mated to a (natch) CVT transmission driving the front wheels. All-wheel-drive is also available. 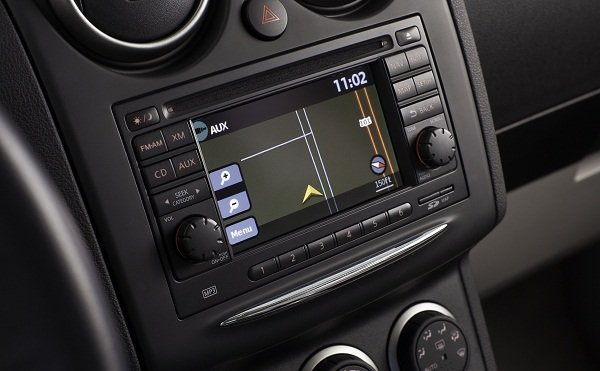 Power and torque, at 170 and 175 lb-ft, respectively, are par for the course compared to other competitive crossovers, and prove capable of hauling the Rogue around with moderate vigor. Let’s face it, for the typical crossover buyer concerned with a comfortable seating position and a modicum of style and feature content, flat-out acceleration probably ranks pretty low down on the list of priorities. Higher would be fuel economy, which is where the four-cylinder/CVT pair up shines. EPA-rated at a 25 mpg combined figure, with 23 city and 28 highway, the FWD Rogue hit those marks handily in our time with it, achieving its estimates far easier in real life than many higher-rated, turbocharged powerplants. 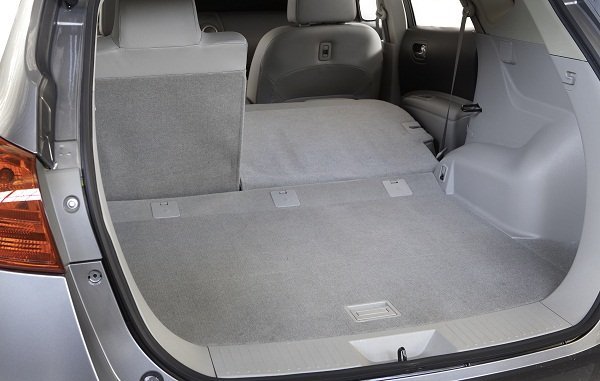 The Rogue proves that despite competing with newly redesigned class stalwarts such as the Escape, CR-V and RAV4, its baked-in merits of competent handling and a well-matched powertrain, as well as a nicely-appointed and well-screwed-together cabin, warrant it more than just a second glance for would-be shoppers. The fact that you can probably score a killer deal on one before the next generation comes out is just icing on the cake.

Nissan provided the vehicle for testing purposes and one tank of gas. Photos by the manufacturer.