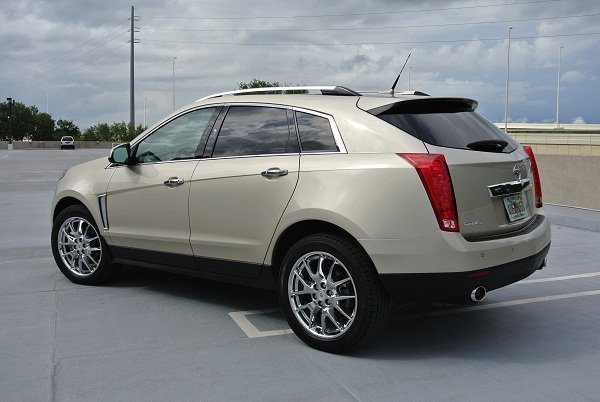 Eventually, everything comes back into fashion. Danish furniture, chukka boots and typewriters are all experiencing a confounding resurgence of late – someone specializing in the sale of all three would earn a tidy living for himself. Not even the car industry is immune from such trending. Look at Cadillac – for decades leading up to the 1970s, a Cadillac was the car –the only car – to own in America. If you were somebody in Middle America, you owned a Cadillac, and if you didn’t – then you weren’t. I’ll gloss over the brand’s fall from grace in the late 1970s, as it’s been covered ad nauseum by journalists and economists alike. Suffice it to say, American buyers lost interest in Cadillac nearly as fast as GM’s upper management did. 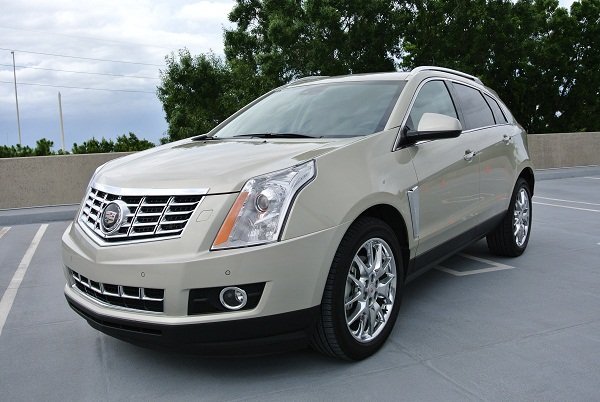 Most car experts will point to 2003’s CTS sedan as the golden boy of the new Art and Science Cadillac – the one that started the wave of resurgence the brand is still riding high on. That’s probably true – but I think the original SRX doesn’t get its fair share of the credit for changing perception among the buying public. That first SRX was an American car if there ever was one. It wasn’t an executive car formed from the rib of European upper-middle-management sedans. It was an honest-to-goodness, rear-wheel-drive station wagon for the country that loves its station wagons. Sure, we call them SUVs and crossovers now instead of station wagons, but let’s call a spade a spade: the original SRX was a CTS sportwagon before there was a CTS sportwagon. 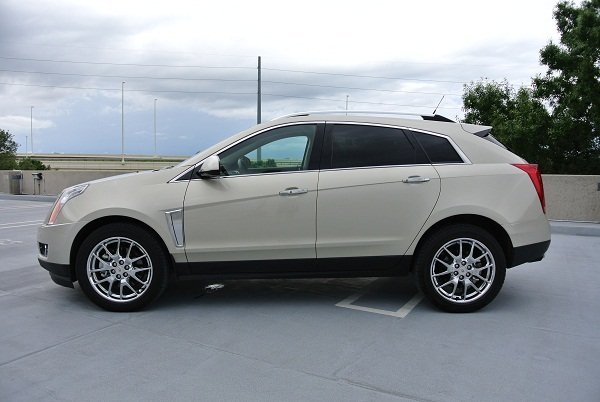 And boy, was it a great wagon. A leather-lined cocoon with a 255-hp V6 or 320-hp Northstar V8 driving the rear wheels as god intended – or all four, if you insisted. Even if the Northstar wasn’t your cup of tea, the DOHC V6 was capable of hauling the SRX around with acceptable poke. It handled with aplomb thanks to a low-ish center of gravity and its competent CTS underpinnings. And yet, despite all of this, the first-gen SRX couldn’t quite cash in on the white-hot luxury SUV segment with the vigor of its closest competitors, namely the Lexus RX, which sold three to one over the Caddy in its best years. 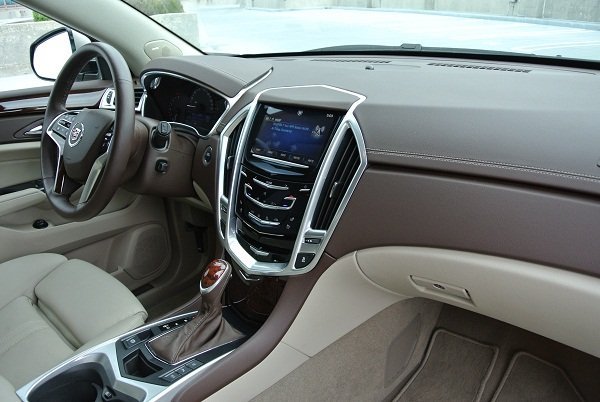 To help their funky wagon-turned-SUV appeal to more of the types of shoppers that buy such vehicles (i.e. not Internet car enthusiasts), Cadillac modeled the new SRX in 2010 on FWD-based underpinnings, similar to the Camry duds the class best-seller was riding atop. GM’s Theta platform, originally formed for the Saturn Vue and Pontiac Torrent/Chevy Equinox twins, was comprehensively upgraded to become Theta Premium, underpinning the new SRX and the now rare-as-hens-teeth Saab 9-4X. What that change achieved was to help bring the SRX’s fuel economy up – way up – and prices down relative to the previous generation, a move that supercharged sales compared to its CTS-based predecessor. 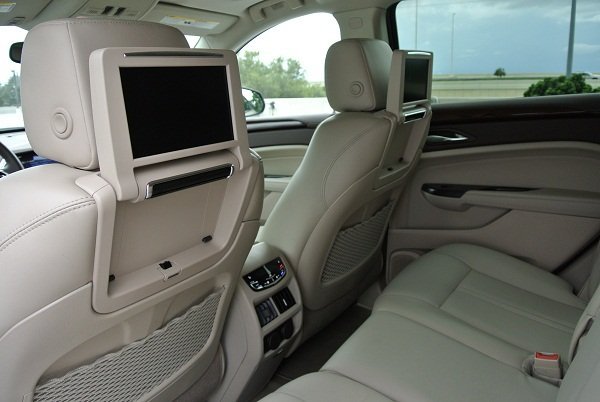 Sales of the 2010 SRX nearly doubled the old car’s numbers in its best year, and steadily increased from there. Offered initially with a 3.0-liter naturally aspirated V6 or a quirky, Saab-sourced turbocharged 2.8-liter V6, 2012 brought a line-standard upgrade to the 3.6-liter V6 and 6-speed Hydra-Matic auto combination, good for 308 horsepower, 265 lb-ft, and on our 2013 AWD Premium tester, combined fuel economy of 18 mpg (16 city, 23 highway). That might not sound like much to write home about, but against the previous generation’s 14 city and 21 highway, the decision to switch the FWD architecture starts to look well-founded. Truthfully, I didn’t have much trouble comfortably beating that 18 mpg combined figure in my week with the SRX, averaging closer to 20 in mixed driving. That’s right in line with the RX350 F-Sport I had a while back, and that car’s 3.5-liter V6 was down 38 horses on this Caddy’s 3.6. The Caddy also weighs 60 pounds less than the Lex, so you can probably imagine which one will earn the stoplight kudos. 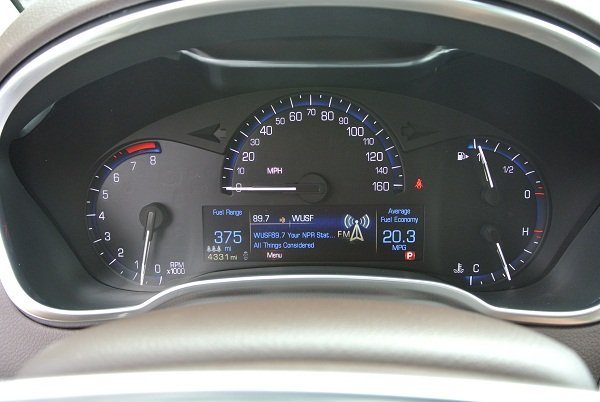 The SRX makes a comfortable ally both in weekday commuting jaunts and passenger-hauling evening duties. Our fully-loaded tester had an expansive complement of tech gear, including heated and cooled seats, a dual-screen rear seat Blu Ray system, adaptive cruise control and, naturally, Cadillac’s infotainment suite known as CUE. Plenty has been written in the press about CUE and not all of it has been rosy, but I will say this much about it: after delving into the submenus and recalibrating the system’s touch-screen reactivity, a step many drivers probably miss, I found it easier to work with. That’s not to say I prefer the touch-sensitive reactive hardpoints below the touchscreen to good old buttons. It often takes more than a single prod to produce the desired result. Even so, it’s undeniable that CUE results in a tidier-looking center stack design, and it packs what is probably the industry’s slickest-looking user interface design with enough tech to make headlines at an annual Consumer Electronics Show. It seems to be the way of the world that new car buyers increasingly want their car tech to rival their best home tech, so we archaic flat-earthers will just have to get used to it and fall in line. 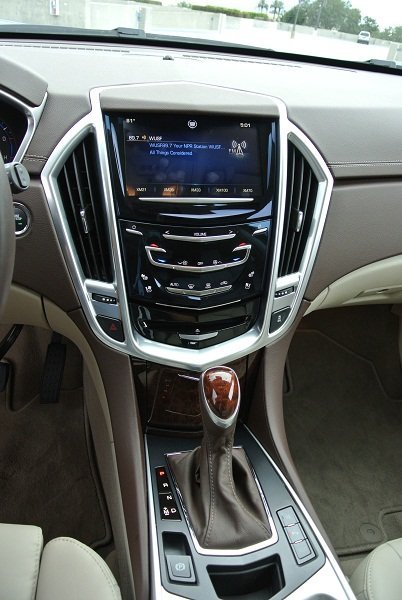 The technologies I can get really get on board with are the myriad safety systems on offer in our SRX. When taken at once, they read like a wish list from a 1950s Motorama: Side Blind Zone Alert, Rear Cross Traffic Alert, Forward Collision Alert, Lane Departure Warning, Safety Alert Seat – and I could go on. That last one – Safety Alert Seat – is especially fun. When enabled, instead of receiving audible alerts of impending danger, it sends a mild jolt to your buns through the driver’s seat bottom. The effect is somewhat akin to those old handshake zappers available at gag shops and Spencer’s gifts….it certainly isn’t painful, but it definitely brings your attention to the road, which is what you want in hazardous situations. Since the hearing in my young ears is just fine, I set the system to warn me with chimes rather than mild tazes. It’d be nice if there was an option to set those vibrating modules to “knead” rather than “pulse”, effectively turning the driver’s seat into a Magic Fingers® hotel bed, though I suppose that could lull you into a dangerous state of meditation. 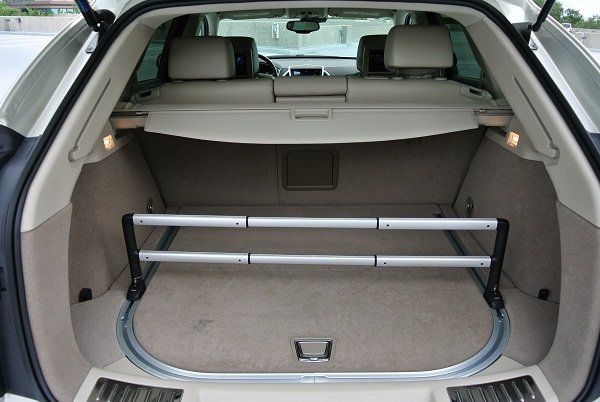 I enjoyed my time with the SRX, and it presents itself as a very competent challenger to the class-stalwart RX350, although I caught myself daydreaming wistfully about how good a rear-wheel-drive SRX on the updated CTS running gear would be. But if we enthusiasts blanch somewhat at the thought of a switch from rear-wheel-drive to front in any vehicle, at least we can all agree that in this latest version of Caddy’s crossover, it has added up to success in the one place it really counts: showroom traffic. If that means GM can fund exemplary-handling rear-wheel-drive chassis like the latest ATS and CTS and continue to further its in-car technology and safety offerings, then all the better. That’s progress I can get behind. 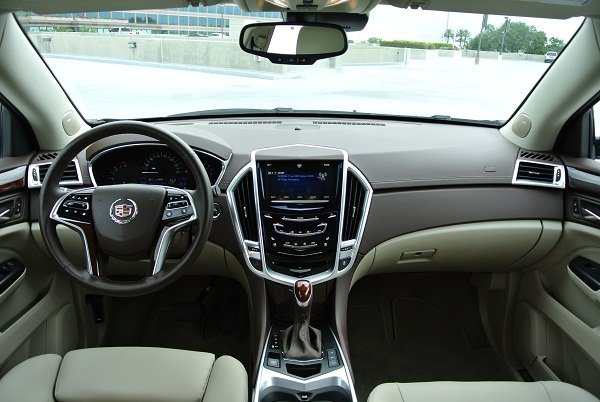