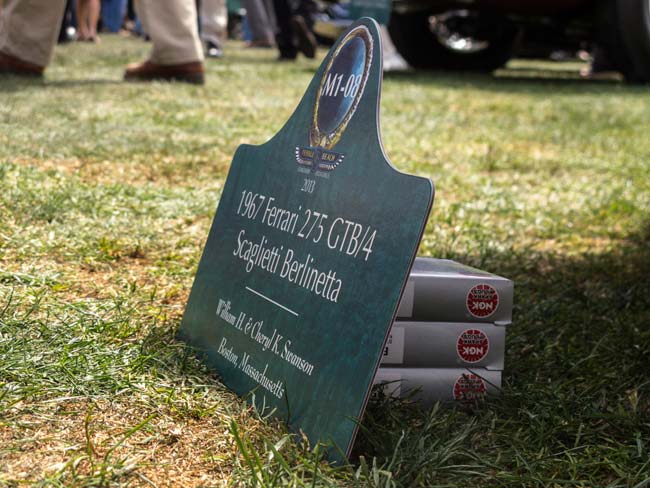 Like so many things in any society that truly matter, the automobile stands astride a multitude of social divides. Progress. Freedom. Achievement. Wastefulness. Drudgery. Class division. Every car contains legions of angels and demons in turn, and which of each is dominant depends just as much on the perspective of the person doing the observing as the car being observed. One’s sculpture of power and beauty in motion is another’s the wasteful extravagance of wealth, overcompensation and status. An electric car can mean both the death of enjoyment and performance and the salvation of an industry and the environment – depending on your point of view. But what is important is that these contradictions are not rooted in cars, but in ourselves. A car is simply a big shiny lump of metal that can move under its own power across the ground; the meaning we see when we look at one has more to do with the reflection of ourselves staring back than any innate attribute of the mirror itself.

Perception may also depend on the advertisement of the vehicle and how the manufacturing company has presented it. Since a large population has access to the internet, these companies tend to prefer digital marketing over conventional marketing techniques. Therefore, a firm (like a digital marketing agency west palm beach) that has experience in the field of digital marketing often gets hired by car manufacturers. An automobile is often seen by people through two different lenses – advertising and individual. And if one automobile can contain so many contradictory viewpoints, then a major car show, being a whole mess of them collected in one place, must be a Gerasene Rorschach funhouse maze – cars, owners, attendees and media, all of us reflections of whatever multitudes you’re predisposed to see.

One of the most dazzling series of automotive display events is Monterey Car Week, a few days in August every year where well-heeled automotive enthusiasts descend on the Monterey peninsula to peruse any one of the dozens of auctions, shows, meets and events dedicated to the rare, the valuable, the quirky, and the exotic. The headliner events for the week are the Rolex Monterey Motorsports Reunion, better known as the Monterey Historics and a vintage racing event only equaled in prestige by the Goodwood Festival of Speed in the UK, and the Pebble Beach Concours d’Elegance, a show dedicated to the rarest and most valuable classic cars like a 1937 ford coupe and only equaled by absolutely fuck all. Smaller shows blanket the peninsula and the calendar throughout the week, and it is the work of a dedicated team of journalistic professionals to even come close to capturing every event of Monterey Car Week. Being a part of shows like these would make anyone want to get into this industry, or at least deal with cars in one way or another. As there’s so much to them, no wonder why the use of Auto Transport Broker Leads are methods that people in the automotive industry feel is worthwhile for their business. You can’t really go wrong with cars if you think about it. With this being said, while you are on the road, anything can happen. And if you ever happen to get into any form of auto accident, it is important to know that you don’t have to struggle with this on your own. With the help of professional lawyers, you’d be able to start getting your life back on track. Just be safe on the road, no matter how long you’ve had your license for.

Which, as I was to go by myself with only a camera and a notepad, and had never come within a few hundred miles of Monterey Car Week, made the task seem…somewhat daunting. Straight-forward coverage of the events was an obvious exercise in futility, and so instead, I planned to dedicate my efforts to what I saw as the most interesting angle of the week: contrasting the cars and culture of the Concours d’Elegance and Monterey Historics with their more contemporary counterparts, and searching to see which is better and more relevant, the past, present or future. This seemed an interesting, worthwhile, and most importantly, reasonably simple lens with which to focus my efforts and my article on. With my story sorted and passage and lodging secured with the fine folks of Jalopnik through the generous efforts of this site’s operator, Mr. Dube, I felt a certain degree of confidence in my plan. Snap a bunch of pictures, interview a few of the owners displaying their multi-million dollar cars, and with the basic kernel of the story already sorted, the words would practically fall into place on their own.

That confidence eroded like a soda cracker in a media blaster the moment I actually met with the people I would be spending the next several days with, at a Jalopnik reader meet-up at the Petersen Automotive Museum the day before our scheduled departure. There, I found myself confronted with actual professionals, people that are paid to do this sort of thing and actually seemed to know what they were doing. They all possessed an easy confidence that reflected experience as a member of the automotive press, seat time in an impressive array of expensive cars that were not their own, and comfort dealing with both public and industry; they had arrived in the cars that we would be driving up the coast the next day: a Mazda Miata Club Edition, Porsche Boxster S, a Ford Mustang Shelby GT500 Convertible, a Bentley Continental GTC V8, and a Jaguar F-Type S, all brand new cars delivered at their asking.

As I stood in their midst on the top level of the Petersen’s parking garage, mistakenly and blatantly overdressed, I was acutely aware of how I lacked every last one of those attributes and was essentially an amateur gadfly hitching a ride on someone else’s five-hundred-thousand dollar convoy. A heavy marine layer rolled over Los Angeles, offering what seemed to me a preview of the weather waiting for us in Monterey as the real professionals conversed with their readers and each other while I awkwardly crammed what would turn out to be a half-cooked burger in my face. I was introduced very kindly as a fellow writer, but it was still a Jalopnik show – more than one reader said that he greatly enjoyed the non-existent articles I had contributed to the site. Still, once I relaxed and simply let the current of the night drag me along I had a good time, but I knew that the strategy of being a passive wallflower was good for one night only. The next day, I would have to find my footing, and fast.