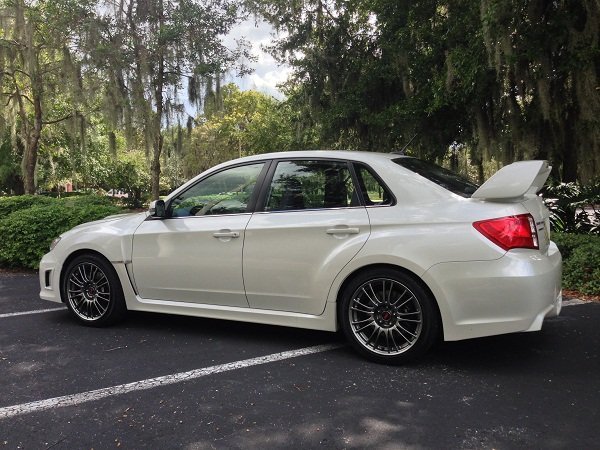 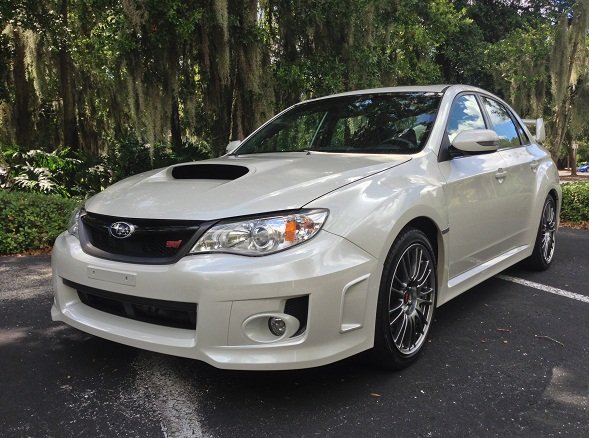 Those two competitors have created deeply divided camps of support – few Evolution owners would consider purchasing a WRX STI, and vice versa. This doesn’t occur for rational reasons, of course – much the same as the age old blue-oval-versus-bowtie rivalry. Rather, it’s just about brand loyalty. However, since Subaru has started selling another highly anticipated sports car on these shores, the STI has faced a little sibling rivalry from a competitor with its own DNA – the excellent BRZ sports coupe. Since I’ve had plenty of seat time in both, most recently with the WRX STI, I felt a comparo might be in order to help troubled brand loyalists with a crisis on their hands decide which would be the best fit for their own garage. 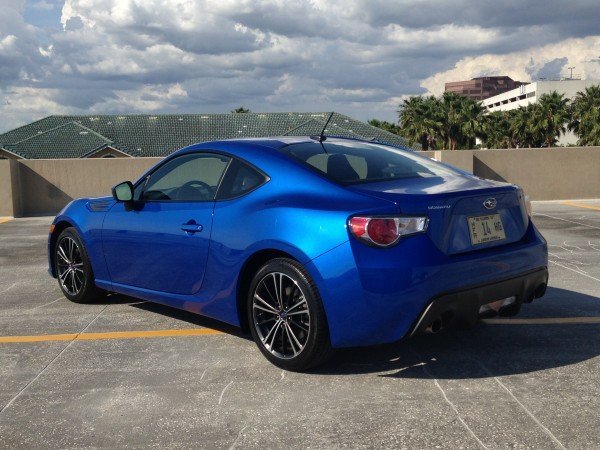 The difference in handling balance between the BRZ and WRX STI is about as dichotomous as it gets. One’s a velvet glove – a light touch, lithe and feelsome, which easily turns every input into a measured action. The other’s an iron fist – responding to commands both blunt and delicate, allowing the ham-fisted to make heroes of themselves and the talented to extract lurid four-wheel slides on both wet and dry pavement. If you’re not sure which is which, then you must be new to this site – or cars in general. But to give you a hint, it’s the STI that flattens out not only pavement and corners but also a driver’s shortcomings. It doesn’t have the accuracy of the BRZ, nor the adjustability – but it does resist understeer until the bitter end, when it finally gives up the ghost and the front washes wide. There are ways around this, and on a curvy wet road, the BRZ would lose sight of the STI’s rear wing very quickly. It covers ground well, the STI – but it terms of pure fun, the BRZ might have the edge.

The BRZ just edges out the STI for ride comfort, as well. The STI’s shocks could probably stand up to a rallycross event every weekend, but for street driving, potholed roads become a bit of a chore – every shudder goes right up your spine. 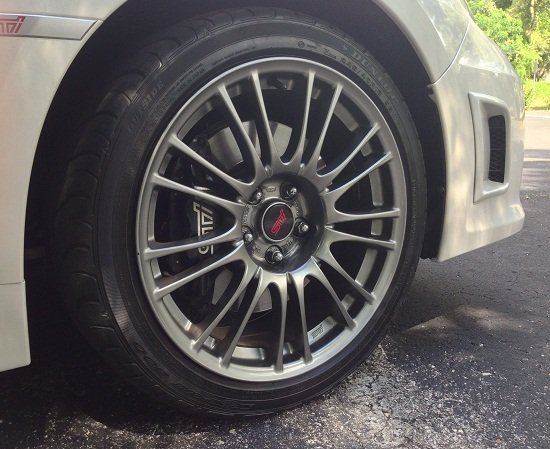 Let’s be honest – if there’s one area the BRZ could take improvement, it’s in the powertrain department. Many have griped about the 2.0-liter four’s lack of grunt – the STI has more than half again as much power, after all. I found the BRZ’s engine to be a willing partner on the street, but there’s no doubt its polished chassis could take far more power than it’s currently being tasked with.

The STI not only significantly outguns the BRZ in the numbers arena – it’s stronger by 105 horsepower and 139 lb-ft – but the manner and tone in which those extra ponies are delivered is vastly different. The BRZ feels subdued and can sound a bit gruff – almost industrial – as it spins to redline. The STI feels like a demon possessed once you reach full boost, and the soundtrack has far more of that signature Subaru flat-four warble to it than the direct-injected BRZ. With the STI’s engine aboard, the BRZ would be in a whole different league of performance, but until that happens, it’s the sedan that gets the nod here. 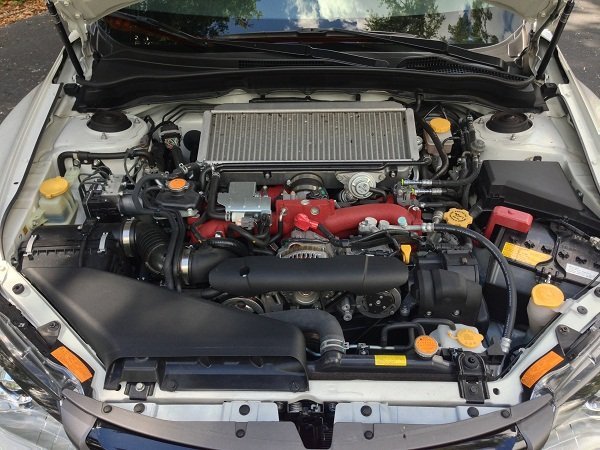 Tough to pick a winner here; to my mind, both transmissions are equally pleasant to row, though if forced to choose, I suppose the BRZ has the slightly more positive shift action. The BRZ also feels like its gearing is quite a bit shorter, though with the STI’s broad torque band I suppose super-tight gearing isn’t necessary. The tighter, rally-bred gearing was always reserved for the Spec Cs and Type RAs that never made it to our shores, anyway. Tighter gearing in the STI would make for a truly manic ride, though, and one certain to please around a gymkhana course. 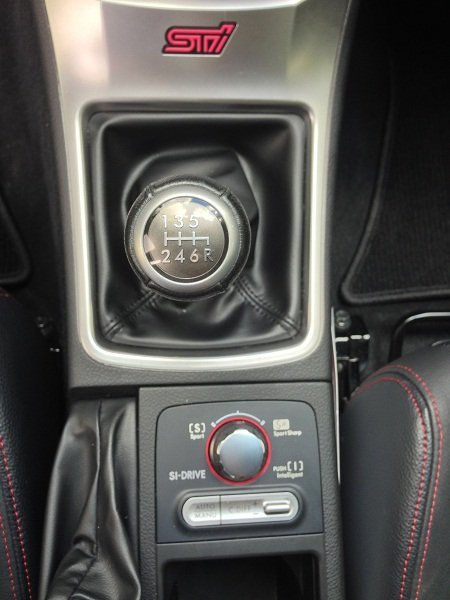 Styling’s a subjective matter – for every prospective buyer that find’s the BRZ’s low-slung fastback shape enticing, there will be just as many drawn to the STI’s pushed out fenders and double-decker rear spoiler. To my eyes, the BRZ is the better looking car – the details are more subdued, for sure, but the shape is more organic and sporting. Ask me a few years ago, though, and the answer could have been totally different – I once had quite the thing for road-going rally specials. 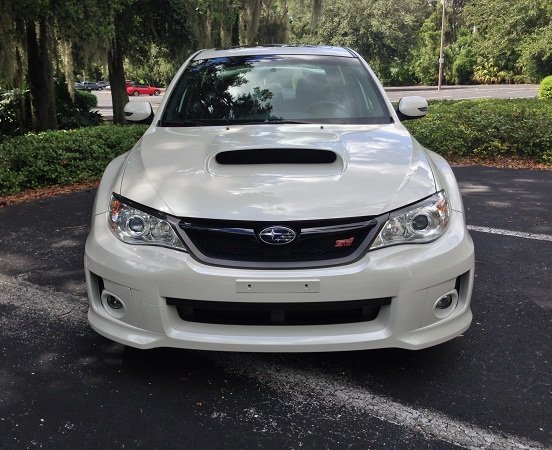 Neither of these are luxury cars, and nor are they meant to be. Each is available with a modicum of creature comforts – navigation, Bluetooth, heated seats, what have you. But materials are basic and sound deadening is thin – you’re not going to mistake either of them for a Lexus. That’s fine for the BRZ, but the STI is playing in a higher price category – one which Audi and BMW also populate. Certainly, the next-gen STI due out soon is expected to move the game on a bit in terms of build quality and interior comfort. But still, it must be said, that a peek around the cabin in the STI may have you wondering where your $39 grand went. 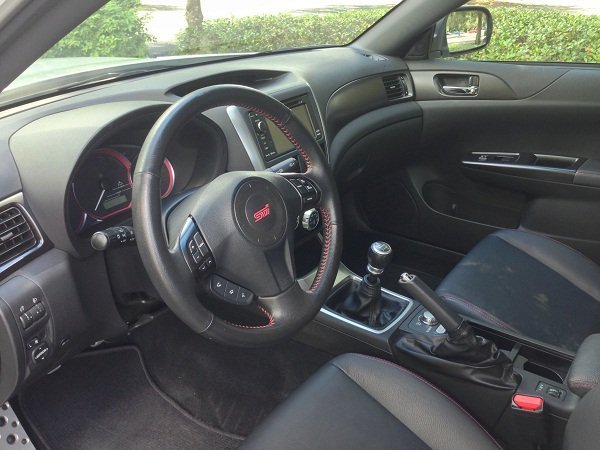 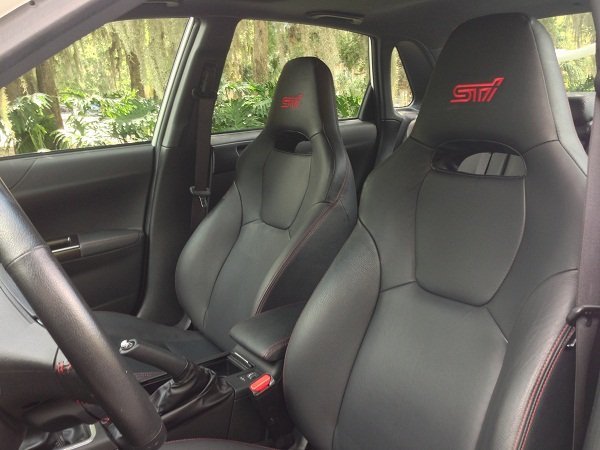 The STI is a treat, but thanks to the Yen-Dollar exchange rate, it’s an expensive one – precariously close to cresting the $40k mark as optioned. The Lancer Evo occupies the same territory, and for a little bit less (though we’ll have to see where the new generation is priced out when it arrives) you can park a Golf R in the driveway, although that car eschews some of the outright performance of the Japanese pair for more luxury. Two more new German rivals are coming to market in a price bracket just above the one where the STI plays, in the $40 – $50k range, in the shape of the Audi S3 and Mercedes-Benz CLA45 AMG. Both have turbocharged four-cylinders powering all four wheels, but that’s about where the similarity ends as far as the STI is concerned. The AMG is shaping up to be a good deal quicker, but tacking on any options will push the price above $50k, and well out of the STI’s universe. The S3 might be a tougher contender, equipped as it is with a 300-hp four-cylinder and a closer-to-$40k price tag that places it squarely in the STI’s playground, with a whole lot more comfort and feature content baked in. 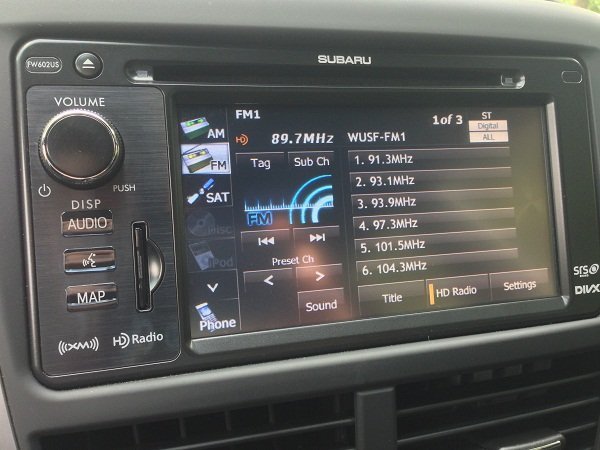 Perhaps the greatest threat to the STI’s existence, though, is the car parked right across from it in the showroom. Not only is the BRZ the purer driver’s car, but it’s a whole lot cheaper, too. Even with similar feature content, a like-for-like BRZ runs about $10 grand less than the WRX STI tested here, leaving room for a whole lot of aftermarket turbo kit. A higher-displacement or turbocharged BRZ model (rumors about both have flown since the car debuted) would close that gap a bit – but certainly not completely. The upshot here isn’t pure conjecture – but an actual notice to car guys. Our options in the new car market are plentiful – there are a great many hot hatches, sports coupes, roadsters and sport sedans that offer both fun and technology for less than $40 grand these days – but as the market in general demands more and more feature content, raw, pared-back cars like the current STI are going to disappear unless shoppers start voting with their wallets. It’s been said that the next-gen STI, test mules of which are already being spotted on the street, will be “more appealing to a wider audience” – a potential death knell for the feel and feedback of the 2013 car. So if you’re a rally-car devotee that desires a warranty and have $40k in your pocket, take notice: this may be your last chance. Run, don’t walk, to your nearest Subaru dealer.

Subaru provided the vehicle for testing purposes and one tank of gas. Photos by the author.