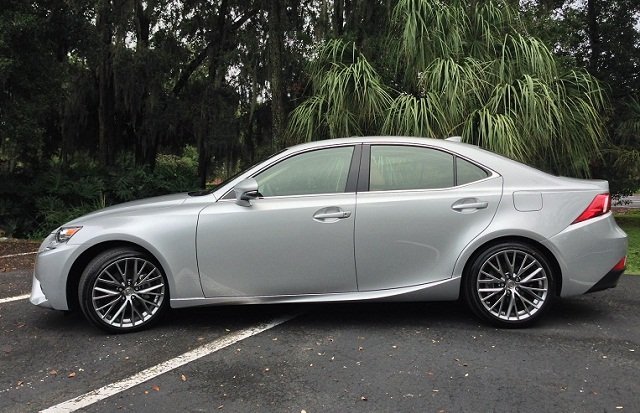 It’s no secret that Lexus has been on a bit of a roll lately, especially in their attempts to imbue their lineup with the necessary bit of “Sport” that was lacking in the brand’s early years. Beginning with the IS-F, the momentum carried through with years of teasing the LF-A super sports car, which was finally released to both praise and shock (at the price) a couple of years ago. Now, with a very competent midsize sports sedan already in their lineup (see the GS350 F-Sport I reviewed last June), a gap at the compact end of the sales spectrum has finally been filled with the car you see here – the new IS. 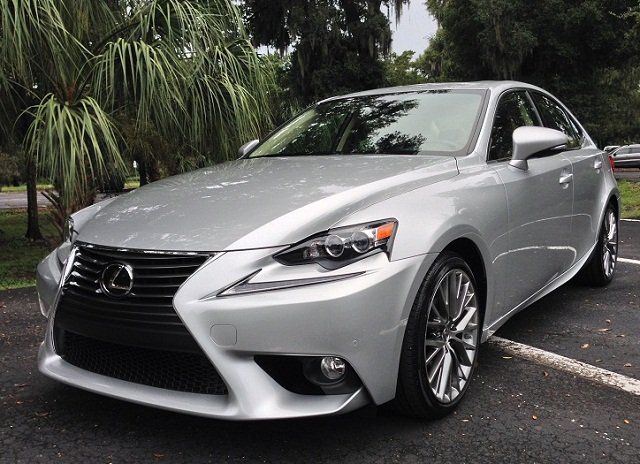 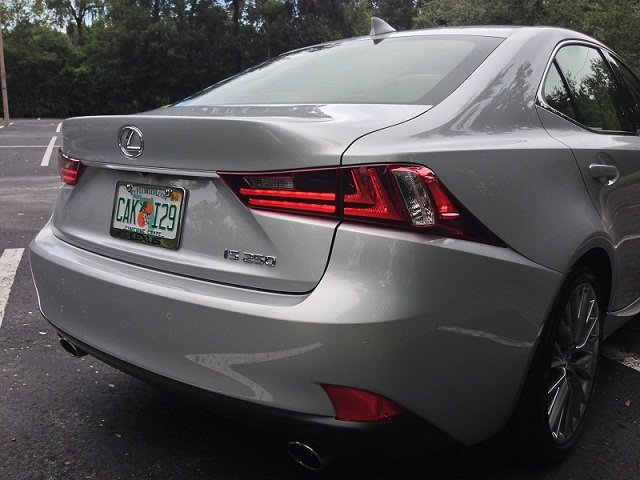 After driving and enjoying the GS350 F-Sport, I eagerly awaited the chance to drive a similarly equipped new IS. While the car on these pages lacks the F-Sport package, it has even more of the taut chassis feel and eager turn-in that I loved in the GS. That makes sense, because the new IS rides on a chassis that is largely just a scaled down version of the GS’. I felt that the GS was a car that, despite its considerable proportions, tended to shrink around the driver once on the move. The IS feels like a pair of pre-shrunk jeans in that respect. It’s small on the outside: it looks quite low and narrow in the flesh, though it’s actually grown in both measurements – but only slightly. The most noticeable improvement from the last generation can be found in the backseat – it’s now hospitable for real humans, courtesy of a 2.7-inch stretch in wheelbase and 3.4-inch-longer body. 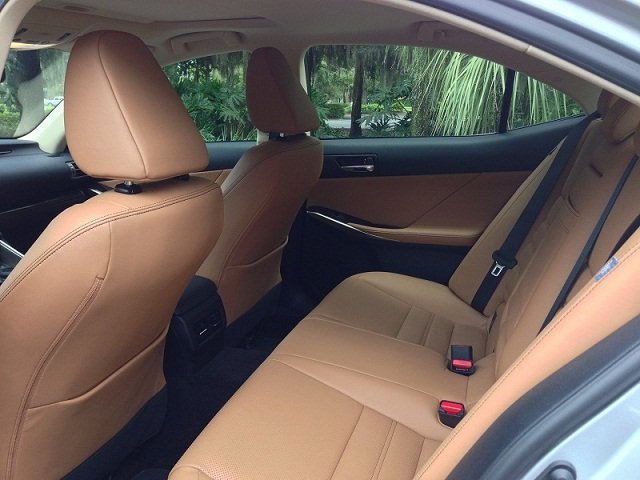 Up front, you sit close to your co-pilot, but even closer to the center console – a welcome feature in the increasingly “space-ified” midsize sedans and crossovers we find today. While my preference usually skews toward positioning the steering wheel a bit closer to the chest than most drivers prefer, a normal seating position still allowed my right hand to fall gracefully from the steering wheel to the center stack to adjust volume or temperature settings in one fluid motion. That’s but a small test of setting a car up to encourage driver involvement, but one that Lexus has passed with flying colors. The fact that you actually want to keep your hands on the steering wheel now, ready to yank the chassis into the next bend, speaks volumes about the work they’ve done on this car. 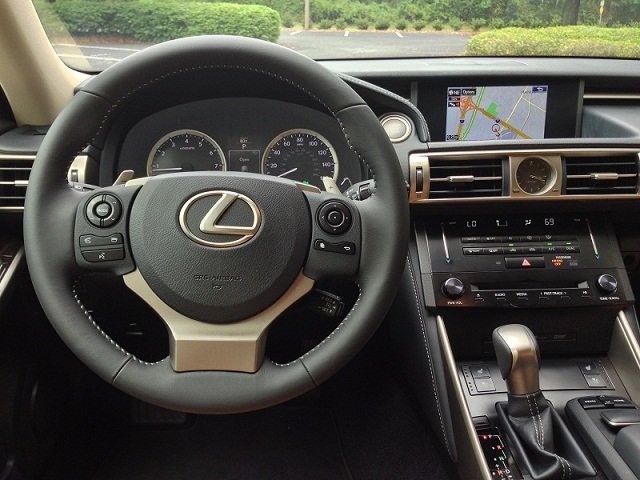 That steering isn’t going to win any awards for latent feedback, but nor is that a class requirement anymore, especially with once-leader BMW receiving (deserved, in my opinion) flak from the press regarding the F30 3-series’ lack of steering chops. What is nice about the Lexus’ steering is its poise and precision – it’s well-weighted and quick, but not nervous – and it doesn’t wear you out over a long, straight highway, of which we have plenty here in my home state of Florida. Same goes for the chassis itself – it doesn’t beat you up over the harsh stuff, and if you never explored the IS250’s limits, it could easily pass for “just another soft, comfortable Lexus” to anyone aboard. But when you do push it, the whole car’s character changes. 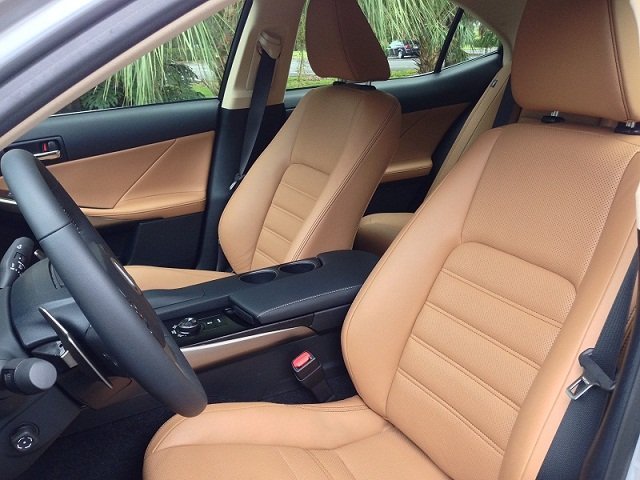 My first day with the IS250, I took it down to my favorite back road stomping grounds to get a feel for it. I got to a tight, decreasing radius right-hander that I usually take at about 45 mph in a car with decent sporting intentions, and upon arrival found it a bit wet in places from sprinkler rivulets crossing its width. When the car hit these light wet patches, I could feel the rear end lighten ever so slightly and drift wide of the front. Not enough to even require steering correction, mind you, but enough to make its way back through my butt-gyroscope and through the thick-rimmed leather steering wheel to my hands. This all occurred slightly below that 45 mph magic spot – this isn’t an F-Sport, mind you, so there’s a little less grip on the table even with this car’s optional (and striking) 18” wheel and tire package. That surprised me – in most cars (speaking from first-hand experience), the chassis would have either a) slipped into mild understeer until I lifted the throttle a bit, or b) instantly triggered the stability control (which I had not messed with at all during my drive in the IS). The fact that Lexus engineers built this little bit of playfulness into the chassis, and the electronic nannies, speaks volumes. There’s a pattern here – it’s the small indications you get from the IS that suggest it has the makings of a great car, just like in the cockpit orientation – nothing that will knock you over the head, but for those that understand and appreciate such details, it’s a very pleasant car to drive. 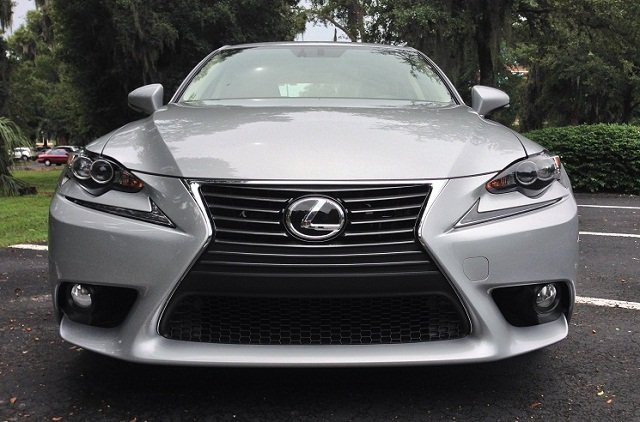 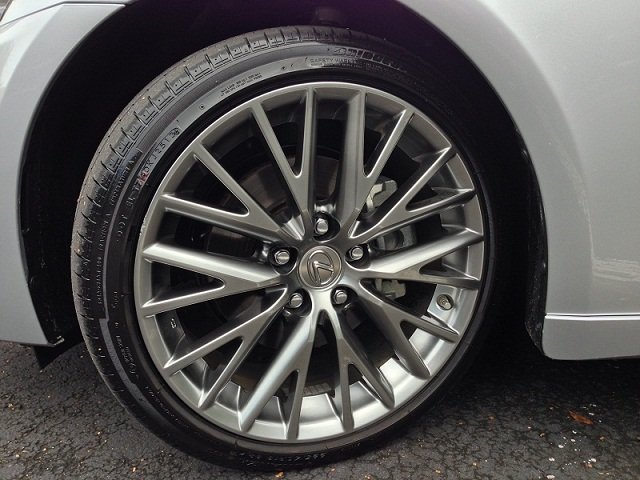 Now, for two areas of mild contention. You’ve noticed by now that the car I reviewed was the IS250, and not the 350. Both of the engines currently availabile in the new IS are carryovers, likely to be changed out for something forced-induction in the mid-cycle makeover. That’s not such a bad thing for the IS350, as that car’s 306 horsepower is still at least capable of staying within view of the 335i and Q50S in a straight line, and probably taking out the 3.6-liter ATS. But the 250 is still saddled with just 204 horsepower, which is kind of low for this price point (unless you’re Mercedes-Benz or BMW, and can get away with base-model four cylinders that are light on horsepower). The silver lining, of course, is the fact that the 250 is still powered by a small-displacement V6 and not a turbocharged inline-four, which imbues it with a little more character and a lot nicer exhaust snarl than it would exhibit if it had a snail-equipped paint-shaker. 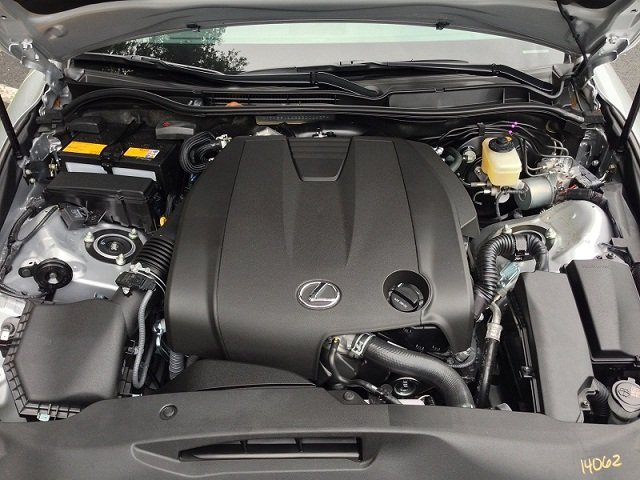 But, it’s certainly not fast. Nor quick. It’s smooth, and it’ll take a caning , but if speed is your thing, then get the IS350. It’ll also let you even better exploit that excellent chassis. Now for contention point number two* – the styling. And there’s an asterisk there because in the metal, to my eyes, this is a very good-looking car. Not everyone I’ve talked to thus far has felt that way, though. The design’s saving grace is that the details which come off as over-styled in photos simply work in person, namely the spindle grille and drooping taillights. From human eye level and not camera lens level, it’s got great proportions. The F-Sport’s stylistic additions aren’t going to be to everyone’s tastes, particularly around the front, but I have a feeling that for most potential buyers, finally seeing one in person will go a long way toward remedying any negative opinions about the bodywork. 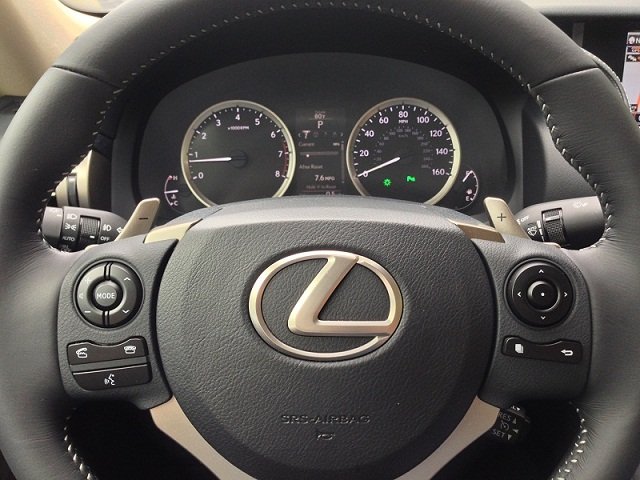 So, the verdict – I liked this car. A lot. I’m eager to sample the larger-engined 350, but it’s clear that Lexus got the bones right on this car. It’s got a good chassis, a knockout interior – both in design and assembly – daring lines and pricing that’s in step with competitors. I’d say it’s a class front-runner, in fact, but then I haven’t sampled an ATS yet. Nor a Q50. I can say that I’m far more impressed with this car than I am with the latest generation of 328i and 335i. The A4 is aged, the S60 an also-ran, and the TL is an altogether different car in a lot of respects. If Lexus executes the IS-F version of this chassis as well as they did the base IS250, they will have a true hit on their hands – and BMW had better be ready. 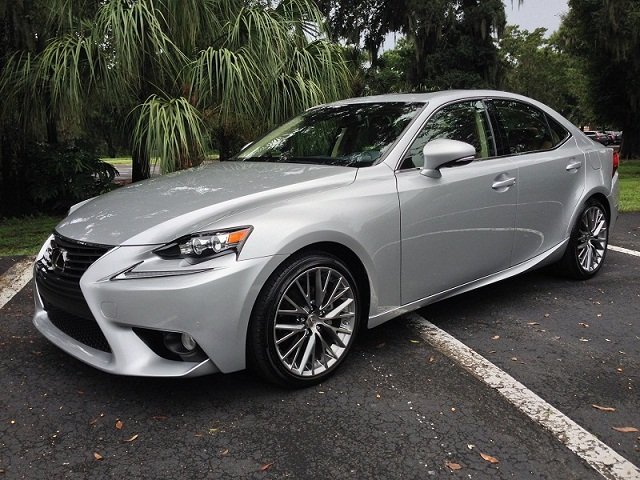