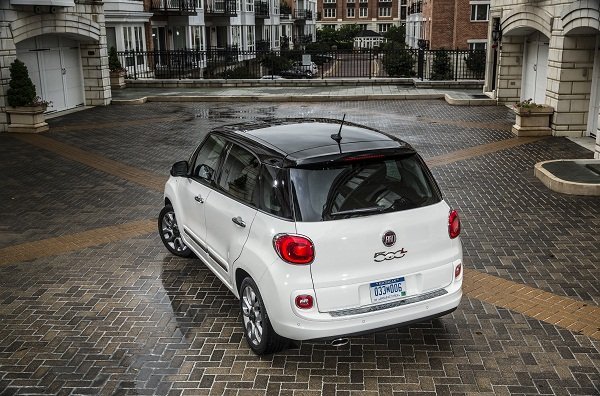 For American shoppers unfamiliar with the Fiat brand other than since the company’s recent re-entrance into this market, the newly released 500L crossover might seem like a bit of a departure from the norm. But, if you cast your eye toward the Continent, you’ll notice a history peppered with such vehicles – even before the term “crossover” was applied to cars. The 500L officially replaces the Idea, a mini MPV with sliding rear seats and a tidy, if generic, profile. Spiritually, though, the 500L sticks closer in character to the Multipla compact MPV and the 600 Multipla variant of the 1960s to which the newer model can ascribe its name. 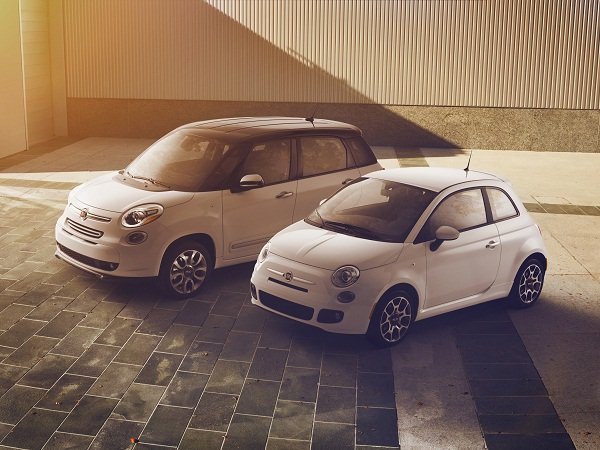 While the bizarrely-styled Multipla of the late 90s didn’t go on to win many beauty contests, it was supremely flexible – it sat three-across both front and rear in a box small enough for European cities. It was a novel-enough design that Honda more or less knocked it off in 2004 with the FR-V – another one of these urban boxes deemed too practical for American roads. Nevertheless, the 500L made the trip to our shores on the shoulders of its pint-sized daddy, the 500. The L’s role here is a bit less defined than the 500’s, though – its Italian “flair” comes through not in cutesy design, as in the 500, but in eccentricity – the L is an odd-looking thing. Held up against the light of the Multipla, its looks are understandable – the mission is to fit as many people and items into a given box, but try not to make it look like a box. 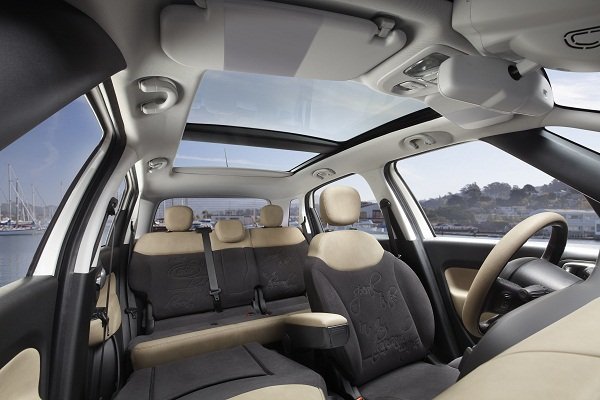 Mission accomplished there. The 500L appears more bubble than box, with ovoid shapes gracing the car from stem to stern, both outside and in. The looks are likely to divide opinion, so whatever our viewpoint, we understand what opinions are often likened to and will leave it at that. You’ll spend more time looking at the interior than the exterior anyway, unless you happen to live in a town flush with 500Ls. The cabin has more than a little in common with the junior 500 – not only in design, but in materials. You’ll find lots of hard-touch plastics and reflective surfaces, but for the $19k entry point, it’s hard to expect more. Only when the price rises to the fully-loaded $27,445 of our tester does the interior start to seem like a bit of a mismatch. 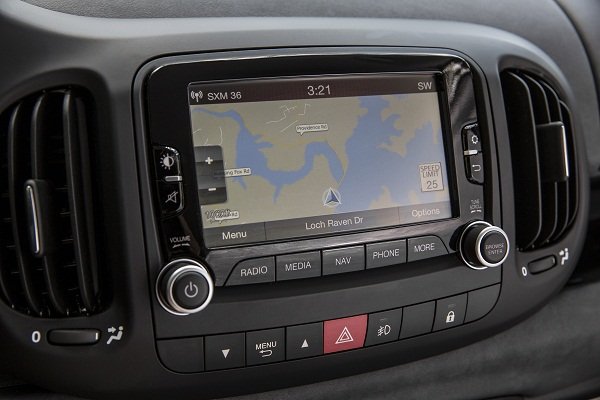 It’s an airy place to spend time at least, fitting for the aptly named “Lounge” edition we sampled. The full-length panoramic roof has a perforated power sunshade, making driving in Florida sunny to say the least. Also, hot – the Italian-bred A/C has some trouble keeping up with the heat and humidity of American beach season. A non-perforated shade might be a worthwhile upgrade for someone that really needs to have the full-length sunroof, but in lieu of that, we’d skip it unless you live in Seattle. In which case, by all means. Other niceties available on the range-topping Lounge and present on our tester included a Beats-branded audio system, 17-inch wheels, a 6-speed dual-clutch transmission (other trims have a six-speed manual standard), heated leather seats (we didn’t feel the need to test them) and automatic dual-zone climate control. 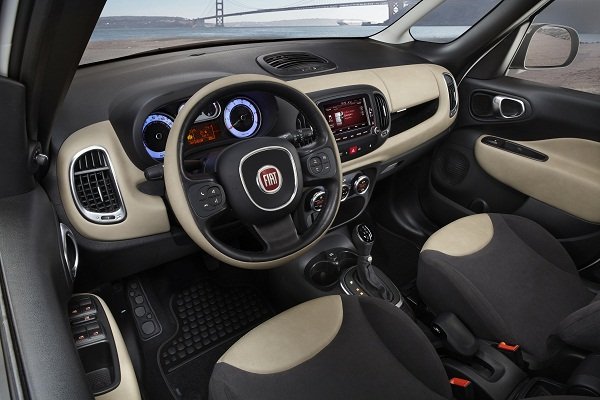 Out on the road, the 500L feels immediately reminiscent of the Dart Turbo I tested way back when, probably because they share a powertrain. I will say that the 6-speed dual clutch feels as if it’s benefitted from a shift reprogramming, as it doesn’t display the lagginess I found in the Dart. It now feels like a better match to the pressurized 1.4-liter four cylinder, although adopting the new corporate 9-speed will do them both favors in the economy and acceleration departments. Not that I was left wanting at the gas pump – the 1.4L runs on regular grade fuel and returned almost 27 miles to the gallon in my admittedly lead-footed presence. Ride and handling falls near the crossover end of the car-crossover spectrum, which is to say car-like but a little bit more roll-happy and pattery over big bumps. 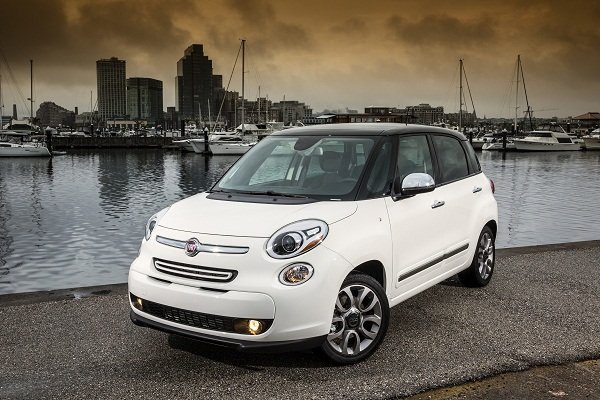 The rest of the 500L is pleasant enough. It’s probably not the type of car I would buy, but it’s definitely the type that I would recommend a friend check out. Certainly, it makes a logical stepping stone for families that have outgrown their 500s – and as Fiat continues to populate its lineup in the States, it’ll be a necessary rung on the ladder to higher cash register rings.

Fiat provided the vehicle for testing purposes and one tank of gas. Photos by the manufacturer.