The thought of hybrid loanership for a week usually fills me with the sort of dread reserved for visiting a dentist’s office with a dull ache in your jaw – the only way through the period of time ahead is to envision how much better you’ll feel when it’s behind you. It’s not that hybrids are bad cars, mind you – they certainly serve a purpose for a portion of the buying public – but very rarely are they geared toward car lovers, and instead tend to focus so single-mindedly on efficiency that the duty of actually driving becomes drudgery in their presence. Such was the case when I approached the Sonata Hybrid pictured – “here we go again”. 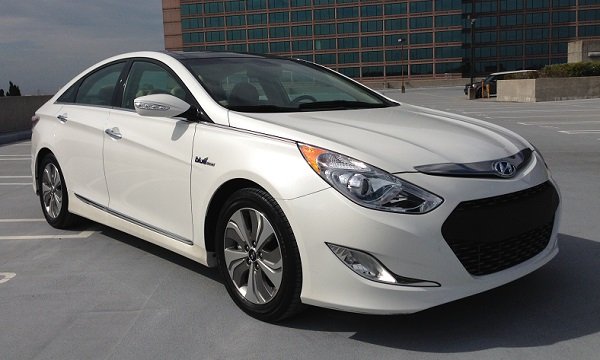 The Sonata starts off on the right foot, though – first of all, there’s no CVT in sight. Instead, a normal 6-speed automatic rests in its place. Hopefully that means the drone of a wheezing four-cylinder will be mercifully absent, with powertrains of that ilk often producing more noise than forward motion. There’s little noise of any kind, in fact – the car is so well-insulated that only a gimmicky start-up song alerts you to the car’s ready state. Even when the four-cylinder does kick on, it’s sometimes hard to tell except for the fact that the green “EV Mode” light in the cluster has gone out. Otherwise, there’s just smooth forward thrust, and enough of it to keep you out of harm’s way – but not enough to get you in trouble. At 199 ponies, the Sonata’s got a leg up on most of its battery-aided competition. 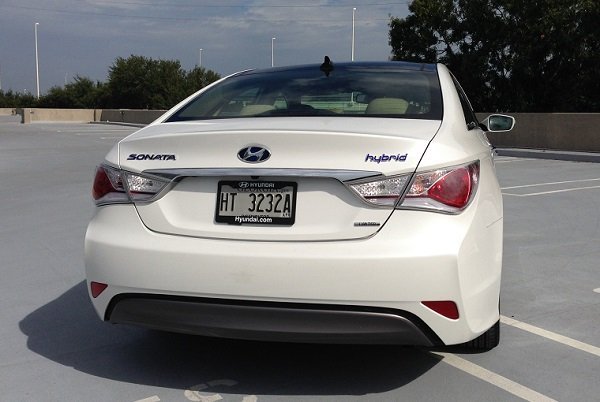 In other ways, the Sonata falls victim to some of the drawbacks of over-electrification like many other hybrids. The brakes can be tough to modulate smoothly, producing too much retardation in the first half inch of travel, then not enough for the next inch, and then finally the right amount. It’s a Goldilocks reenactment at every stop sign. The steering also bears little resemblance to a traditional hydraulic rack, forgoing feel for boosted assistance and exhibiting little sense of gumption on-center. Handling and ride quality are at least nicely balanced, and road noise is admirably dampened, at least up until the limits of the low-rolling-resistance tires are met. Summer tires would be on my immediate list of aftermarket upgrades. 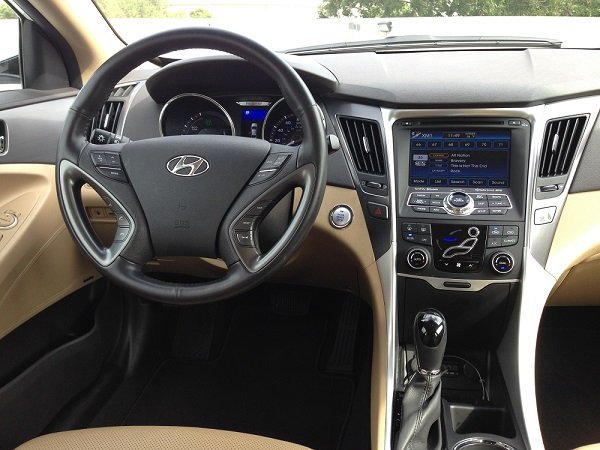 Inside, the Sonata remains a nice place to spend time, confirming for me that the design that seemed so ahead of its time in 2010 (and a leap forward in interiors for Hyundai back then) has aged well, despite being on the market for nearly four years. A lot of competent midsizers have joined the fray since then, but the Sonata’s cabin does a good job of making a case for itself. It’s well-equipped, too, packing in heated front and rear leather seats, a panoramic sunroof, navigation with a quite good touch-screen, a 400-watt sound system, keyless entry and a lifetime warranty on the hybrid battery for $32,490 as tested. That compares favorably with its midsize hybrid sedan competition, coming in cheaper than the Fusion and Accord and a little pricier than the spartan Camry. 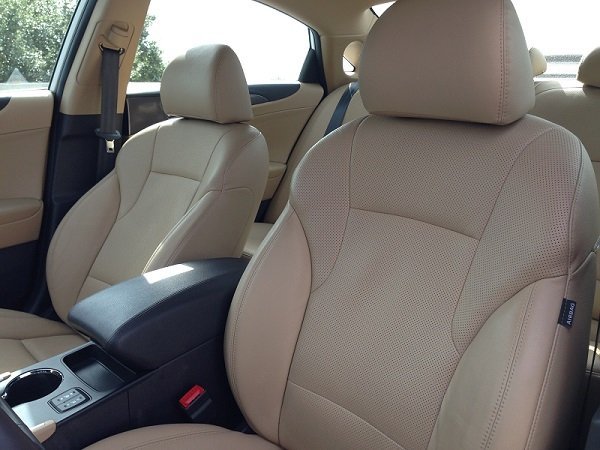 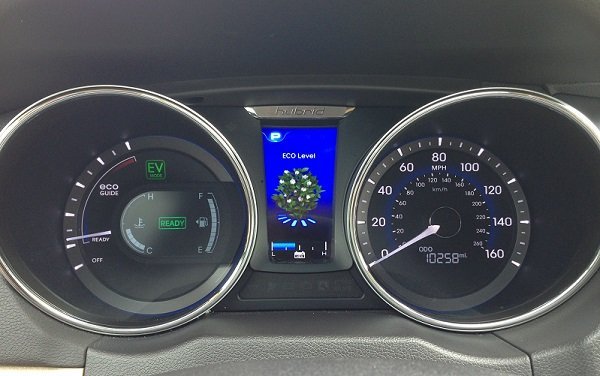 The Sonata suffers a bit in the EPA ratings against the Ford and the Honda, with estimates of 36 miles per gallon on the highway and 40 in the city against the brand new Honda’s 50/45 ratings and the Ford’s 47 all around. I achieved 35 mpg overall in my time with the car, nothing to shrug at, as I’m not known to be overly judicious with my right foot. On the whole, it’s a valiant first attempt at hybridization for Hyundai’s midsize sedan. The fact that the Sonata provides a solid platform to start with is evident in the way the Hybrid conducts itself. A few inherent gas-electric personality quirks aside, I’m sure the Sonata Hybrid would provide enough shoppers in the market with a compelling reason to save a few bucks over a comparable Ford or Honda.

Hyundai provided the vehicle for testing purposes and one tank of gas. Photos by the author.