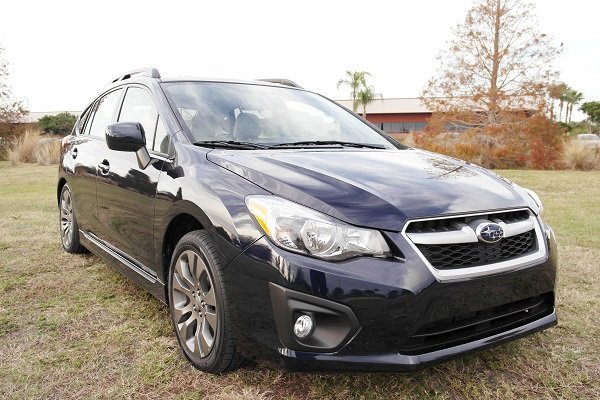 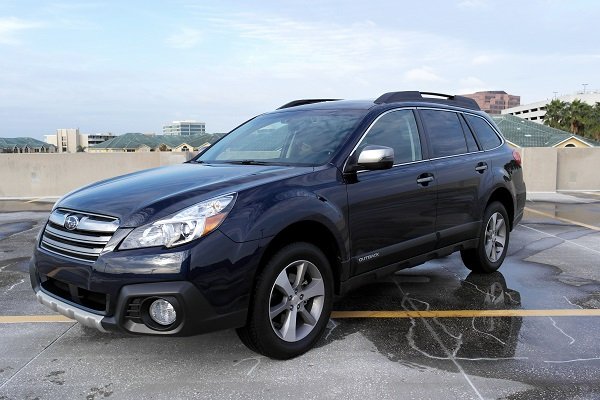 After receiving two Subaru loaners within three weeks, I felt it prudent to do a little comparison and contrast between the two most typifying members of the Subaru brand’s persona – practical, sensible all-wheel-drive station wagons.

That’s what Subaru does best (other than reliability) and those traits have caused buyers to beat a path to dealers’ doors like never before – the company has had one banner sales month after another during the last few years. Of course, my interests primarily lie with the brand’s sportier offerings – the WRX and BRZ – but I’m interested in what makes these wagons the real bread and butter of the monthly Subie sales reports. 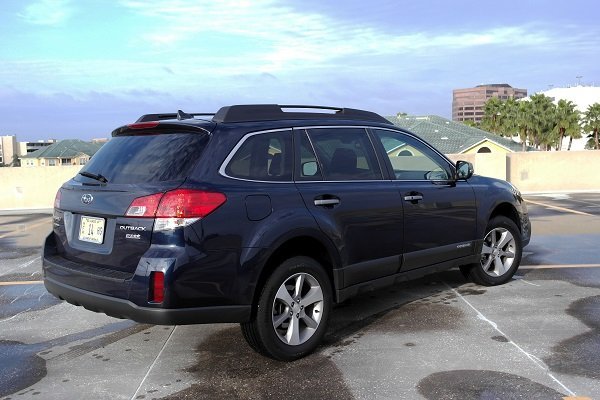 Besides the roughly $10 grand that separates their sticker prices, on paper the two wagons line up remarkably well. Both are powered by fuel-efficient flat four-cylinder engines, sized 2.5 liters in the Outback and 2 liters in the Impreza, each hooked to continuously variable transmissions. Before you groan, let’s get one thing straight: these CVTs actually aren’t half bad. The CVT’s savior among the car guy crowd may very well be a manufacturer’s willingness to program stepped “gears” into the transmission’s shift pattern either in normal operation, or in a special sport or manual mode. Such is the case with Subaru’s gearbox, which, when slotted into M, does a good impersonation of a normal torque converter 6-speed automatic with gear changes handled by the wheel-mounted paddles. 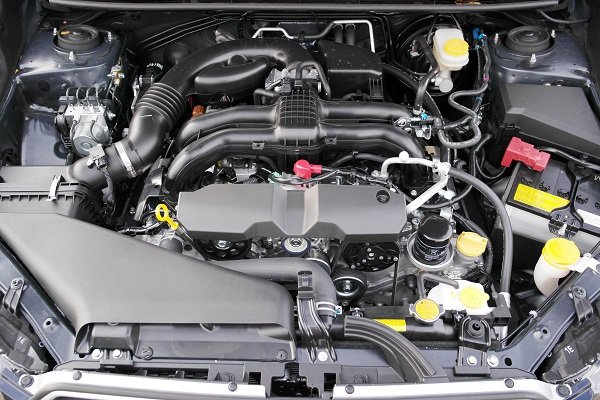 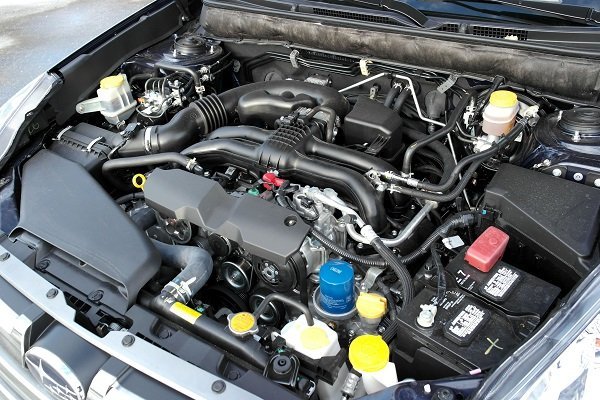 Power from the Outback’s boxer four is certainly adequate for its likely assigned duties, though hardly soul-stirring. The torque spread is nicely matched with the powerband, and together with the aforementioned CVT’s sympathetic shift programming, the combo avoids much of the drone normally associated with four-banger/CVT combos. Our observed fuel economy hewed closer to the EPA’s city rating of 24 mpg rather than the 30 mpg highway number – we saw just under 25 during the Outback’s week-long stay. Not bad for an AWD vehicle of this one’s size.

Despite having just 148 horsepower, the Impreza Sport actually feels quite peppy for an economy car. And economical it is – the Sport averaged nearly 30 mpg in my hands. Its sprightliness might have something to do with the 500-pound-lighter load it has to carry around; with a curb weight of 3,087 pounds, it’s svelte for the amount of room on board. While it has an ever-so-slightly worse power-to-weight ratio than the Outback, for some reason it’s the Impreza that feels lighter on its feet.

Both cars obviously feature Subaru’s hallmark “symmetrical all-wheel drive”, and both display similar handling characteristics – grippy cornering that gradually slides into safe understeer at the limit. Of these two, the Impreza is the more engaging drive – it turns into corners with limited roll and a high level of roadholding, so much so that it’s hard to believe it is underpinned by all-season tires. 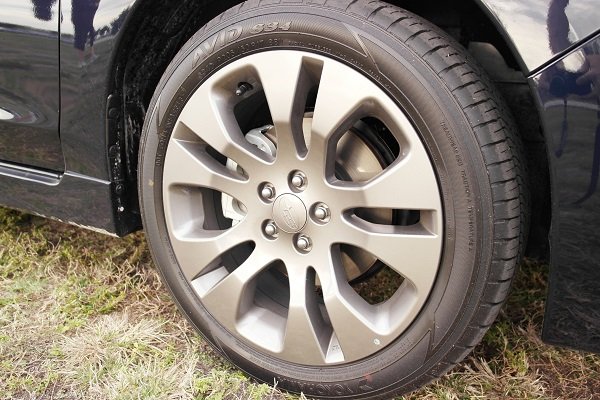 Coming from the Impreza, the Outback’s steering effort feels quite heavy at first, which takes a bit of getting used to if you’re more accustomed to the industry’s typically fingertip-light electric racks. But overall, the steering and indeed the entire chassis strike a nice balance between comfort and capability, having more than enough traction and accuracy to appease owners whether their primary concern is safety or dynamic competence. Still, if your aim is to take one of these wagons down a back road at a pace brisk enough to give any passengers or dogs aboard pause, the Impreza should be your choice.

Fitted with our example’s slick Saddle Brown leather and black carpeting and panels, the Outback Limited’s interior looks a price point above. While a rap on the dash might betray the Outback’s $24k underpinnings, the build quality never offends. In fact, it reminded me quite a bit of the interiors in many of the Hondas my family has owned over the years – they might lack the “touchy, feely” materials that wow in the showroom, but what is there is built to last, something plenty of current Subaru families will likely attest to. 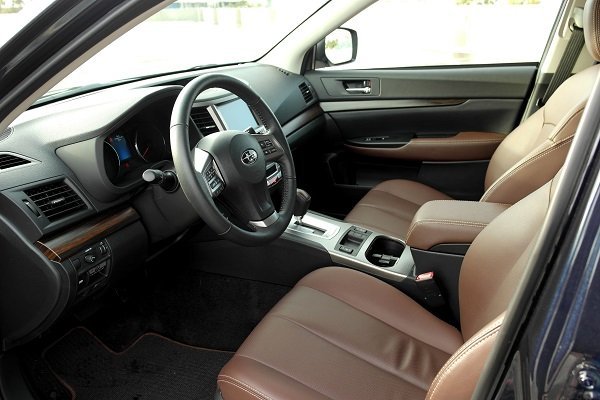 Same goes with the Impreza Sport – the interior is more than livable at its price point, and considering the utility on offer, the feature content and build quality is quite good. The Impreza also has the more desirable stereo setup, at least from a functional standpoint – a ding against the Outback continues to be its touchscreen stereo interface, used to frustrating effect elsewhere in the Subaru lineup. It’s the same basic system found in the BRZ and WRX STI that I sampled last year. While the Outback’s touchscreen is at least a good deal bigger than those on offer in the other Subies, markedly improving its legibility, it’s just as finicky when it comes to registering prods at its screen and automatically recognizing a paired phone. 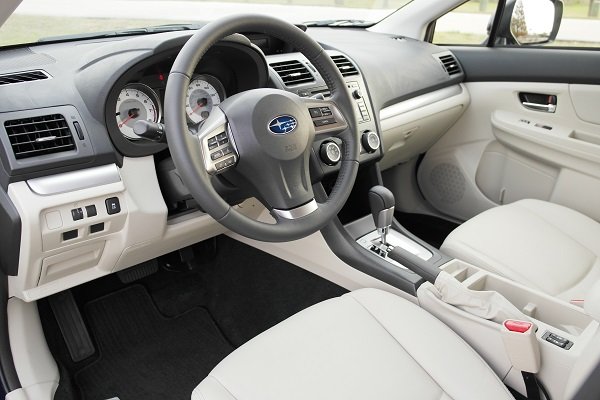 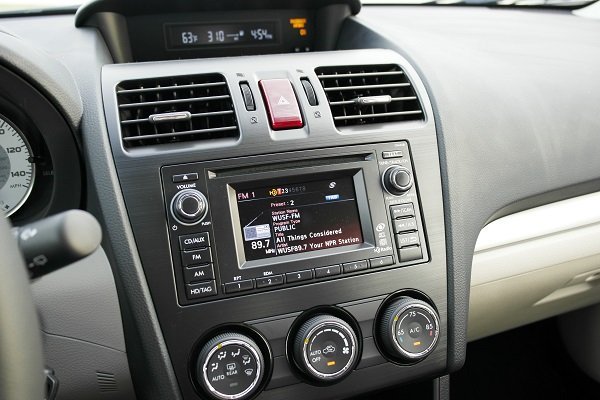 Utility is obviously where this pair is meant to excel, and in that capacity, they do. The rear seats easily fold flat in both wagons, leaving a wide-open space for all manner of detritus to accumulate. In terms of outright space, the Outback has the Impreza covered – by offering 34 cubic feet of storage behind the rear seats to the Sport’s 22, and 71 cubes with the seats folded against 52, the Outback is positively cavernous. Credit the extra 15 inches of vehicle length and a taller roof for its hauling capacity; outdoorsy types will also want to consider ponying up the extra dough for the Outback’s ground clearance and towing capacity. Of course, there’s also the XV Crosstrek on offer for those who want the smaller footprint of the Impreza combined with the taller stature of an Outback. 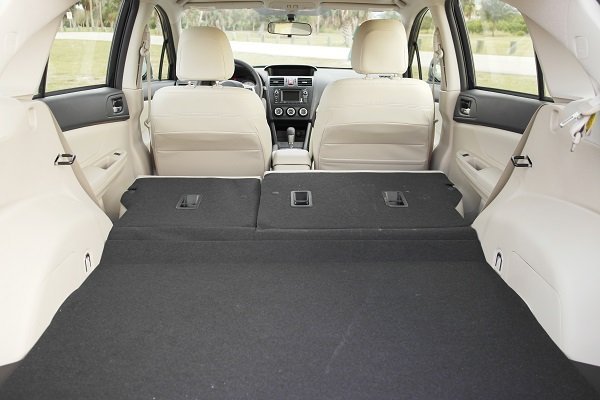 Subaru’s certainly got its bases covered in terms of providing practical, rational and yet slightly offbeat transport to the masses. By filling every niche, potential buyers need not even decide between these two – there’s also the Forester, aforementioned XV Crosstrek, and XV Crosstrek Hybrid to slice the pie even thinner. 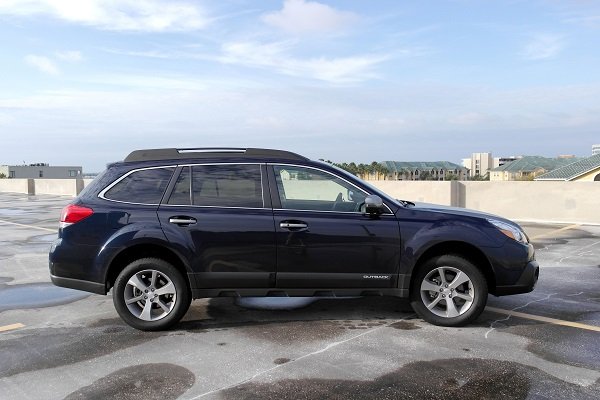 If your budget will allow, you certainly won’t be disappointed with the Outback: it adds a more luxuriously-appointed cabin, cavernous space and mild soft-roading capability to the Impreza Sport’s basic virtues of economical, pleasant powertrains and stable all-wheel-drive handling. But if it was my cash at play, I’d be perfectly happy with the Impreza Sport – its comparatively diminutive size endows it with more lively handling, peppier acceleration and better fuel economy, without forgoing much, if anything, in the way of creature comforts or utility. Its cargo bay might not be as big as the Outback’s, but it still carries an impressive amount of stuff – put to the test by an impromptu IKEA run during my week with it. And while it lacks a touchscreen or navigation, in my eyes, that’s a bonus, not a drawback. 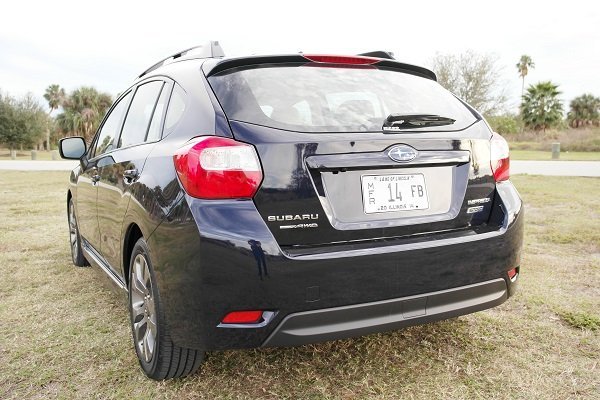 I can’t speak for every buyer, of course, but it seems like Subaru doesn’t need me to – they’ve been doing quite well forging their own, offbeat path for lo these many decades. With the level of execution on cars like these two, it’s not hard to see why. 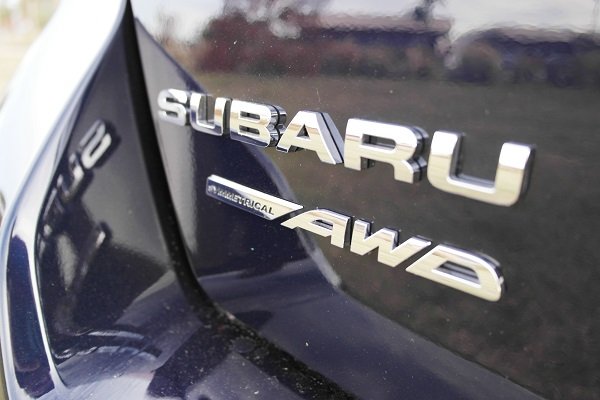 Subaru provided both vehicles for testing purposes with full tanks of gas. Photos by the author.